What’s cooking behind the big wok billboard at EDSA? 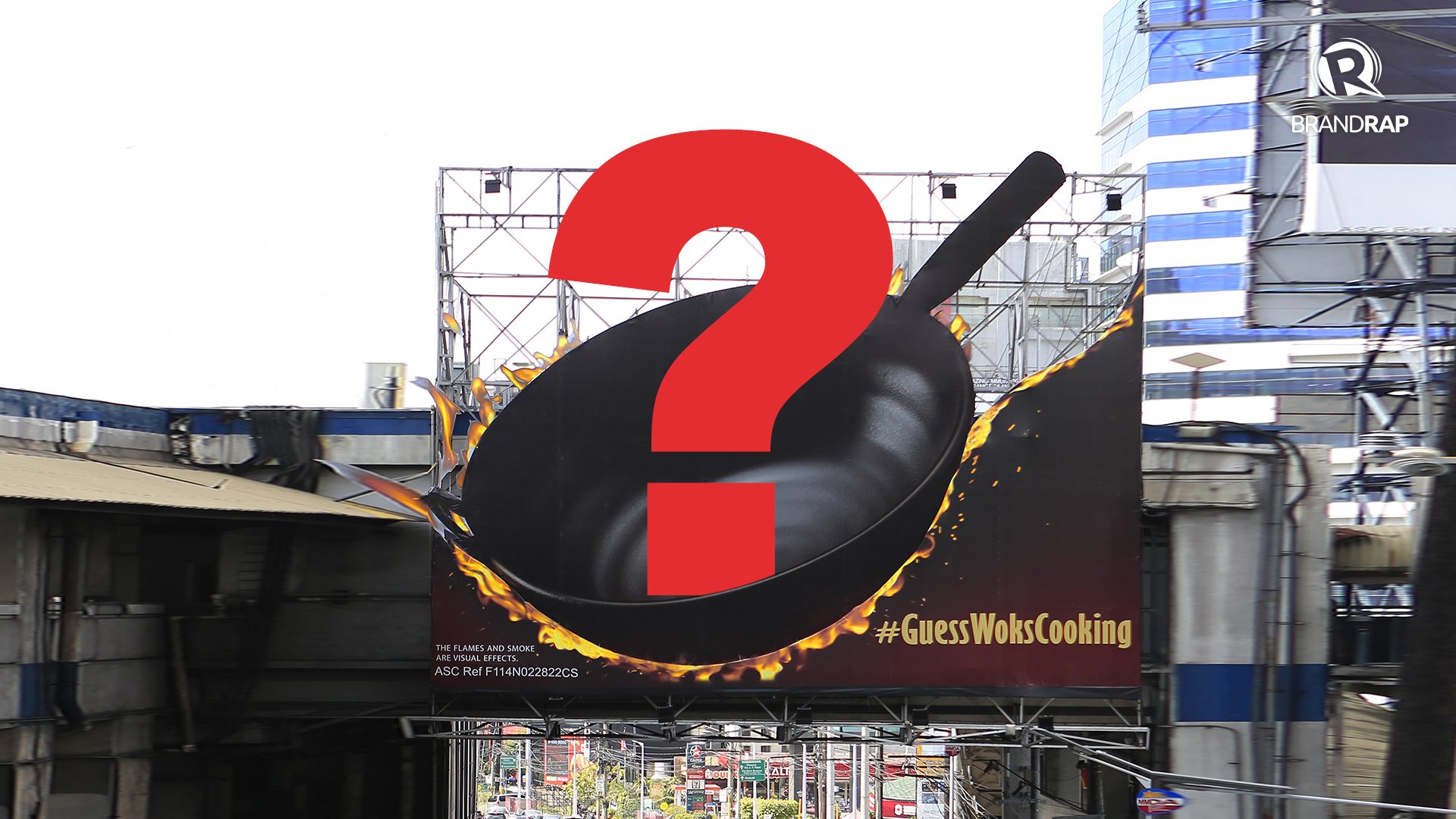 Editor’s note: This content is sponsored by Chowking and was produced by BrandRap, the sales and marketing arm of Rappler. No member of the news and editorial team participated in the production of this piece.

Filipino netizens wok up at the right side of their beds this week. Taking a break from the usual commotions – election fever, among others – they turned their attention to a mysterious billboard of an empty wok at EDSA Boni with a realistic stove fire design. (The flames actually move during nighttime!) And no one held back in humoring us in guessing wok’s cooking.

Here is the billboard that piqued everyone’s curiosity:

Ah, an ode to the titos (uncles) and titas (aunts) whom we may or may not have severed ties with.

And the thesis warriors who are forced to put their four or five years to the test.

No one was amused at the rising temperatures, but it was a shoo-in for the occasion.

It wok up the marites (gossipmonger) in some of us.

Only 00s kids will get this. (Clue: One of the greatest films ever made.)

I will always have a soft spot for pun-ny things.

Yours truly had to join in the madness.

And the answer is…

…The All-New Siomai Chao Fan! The old favorite has been given a new twist as it’s now being prepared in a wok, filling each bowl or box with a meatier and smokey-wok sarap taste.

I’ve personally given this a taste, and the claims do not lie. The Chao Fan has a uniquely delicious smokey wok taste – giving it an edge and more flavor. It also has more meat, egg, and veggie bits.

Each Siomai Chao Fan is prepared carefully and more thoughtfully in the wok!

@chowkingph
Chowking is the leading Chinese fast-food restaurant in the country. Known for its dishes such as Pork Chao Fan and Fried Chicken Lauriat, they offer hot, fresh, off-the-wok Chinese food within the means and reach of the Filipino!
More about Chowking

Shortage no mo’! Shakey’s mojos are back in stores

How Jollibee is helping farmers recover from pandemic

Have you seen giant QR codes on the street? Here’s why you won’t regret scanning them