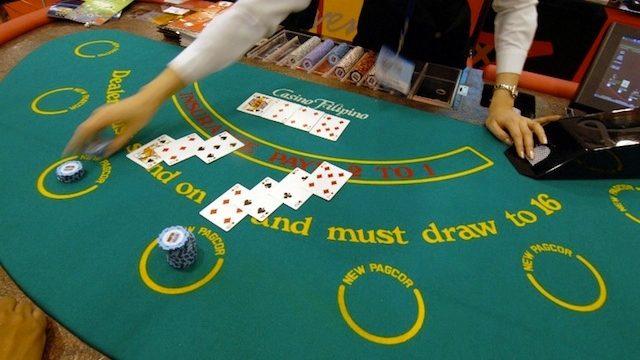 MANILA, Philippines – The stricter registration and reporting guidelines of the Anti-Money Laundering Council (AMLC) are set to take effect on Thursday, January 4.

This is part of the government’s campaign against money laundering and terrorism financing, which was highlighted when $81 million stolen from Bangladesh’s central bank was coursed through a Philippine bank and casinos in 2016. (READ: How Bangladesh Bank dirty money easily got into PH)

The $81-million Bangladesh Bank heist had pushed the government to put more teeth into the Anti-Money Laundering Act (AMLA).

In an advisory on Wednesday, January 3, anti-money laundering authorities announced that the AMLC Registration and Reporting Guidelines (ARRG) would be implemented beginning Thursday.

Mel Georgie Racela, executive director of the AMLC Secretariat, had said the new guidelines would improve the quality and usefulness of information submitted by covered persons.

“The AMLC had long wanted a revamp of the system and rules on registration and reporting due to the surge in the number of covered persons, and thus, of their transactions,” Racela said.

The fresh AMLA law requires covered persons – like those in banks, insurance companies, and securities dealing firms – to submit suspicious transaction reports (STRs) within 5 days of an incident.

This includes the date of determination of the suspicious nature of the transaction, which should not exceed 10 calendar days.

“The adoption of the AMLC [regulations] should strengthen the tools available to the AMLC in its fight against money laundering and terrorism financing,” Racela said.

He added that imposing appropriate sanctions for violators would ensure a culture of compliance among the covered persons.

“Moreover, the quality of STRs had to be improved. The AMLC had also striven to find suitable ways to establish a central linkage among the supervising authorities that would facilitate our coordination,” Racela said.

The AMLC official added that two new facilities would allow covered persons to upload know-your-customer (KYC) documents for STRs as well as e-returns via the AMLC portal.

“This is if the reason for suspicion is based on the predicate crimes of kidnapping for ransom; drug trafficking; hijacking, destructive arson, and murder, including those perpetrated by terrorists against non-combatant persons and similar targets; and acts of terrorism and terrorism financing,” he said.

The ARRG excludes casinos, which would have a separate set of rules.

The results of the 2nd National Risk Assessment (NRA) on Money Laundering and Terrorist Financing showed that the AMLC reported over P10 billion worth of funds were laundered in the country from 2015 to 2016. – Rappler.com