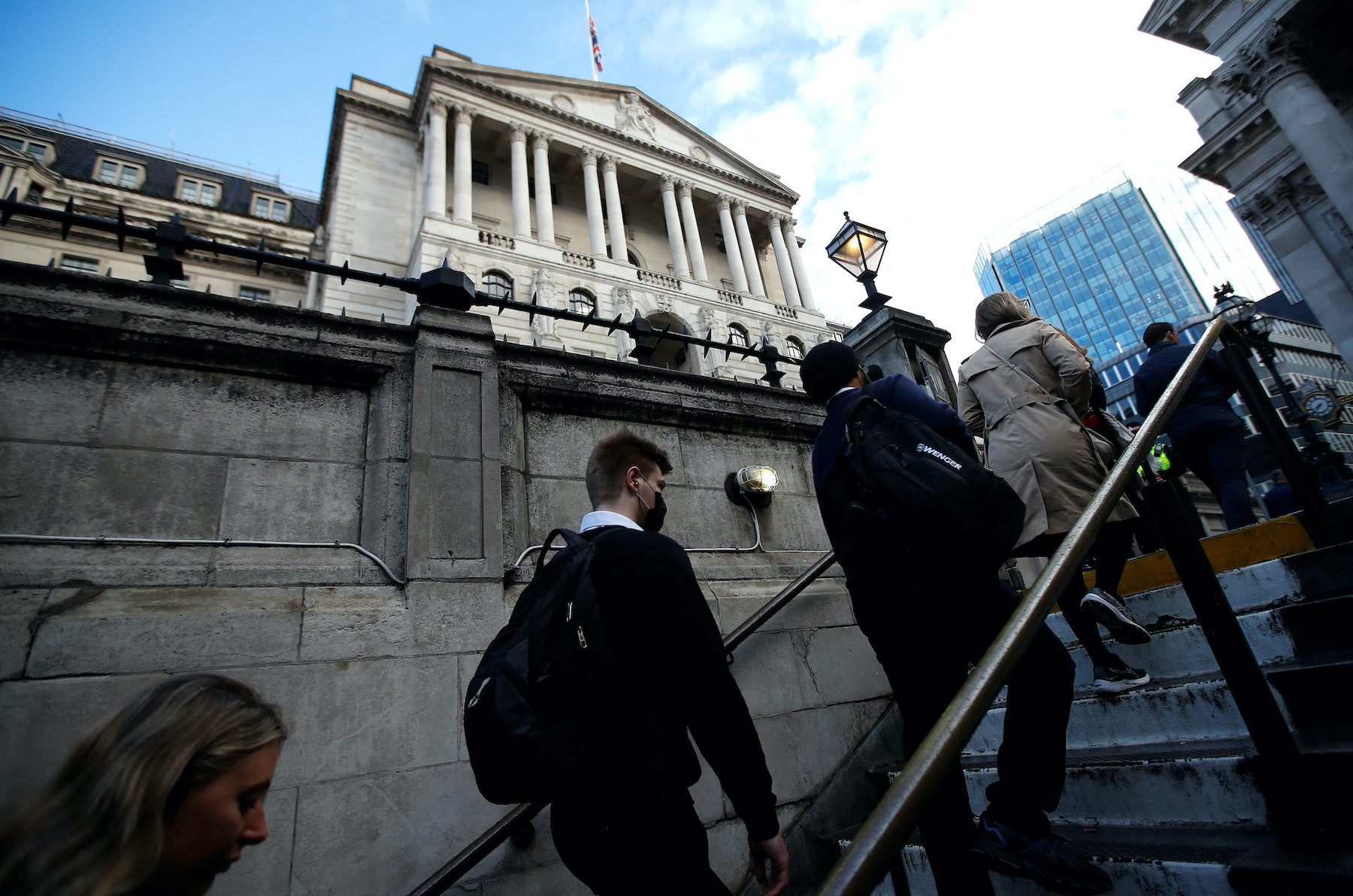 BANK OF ENGLAND. Commuters emerge from the London Underground near the Bank of England, in London, Britain, September 26, 2022.

Facebook Twitter Copy URL
Copied
'Were dysfunction in this market to continue or worsen, there would be a material risk to UK financial stability,' says the Bank of England

LONDON, United Kingdom – The Bank of England (BoE) said on Wednesday, September 28, that it would buy as many long-dated government bonds as needed between now and October 14 to stabilize financial markets, after a slump in British gilt prices since a government fiscal statement on Friday, September 23.

Citing potential risks to UK financial stability, the BoE also said it would delay the start of a program to sell down its 838 billion pounds ($891 billion) of government bond holdings, which had been due to begin next week.

It added that it remained committed to an 80-billion-pound reduction over the next 12 months in holdings of bonds bought under its quantitative easing program following the global financial crisis and during the COVID-19 pandemic.

British 30-year bond yields hit their highest since 2002 on Wednesday, before the BoE announcement, and traders complained it was becoming increasingly hard to buy and sell bonds as no one wanted the risk of holding such a volatile asset.

The BoE said it had no choice but to intervene. The Treasury said it would indemnify the operations.

“Were dysfunction in this market to continue or worsen, there would be a material risk to UK financial stability,” the BoE said. “This would lead to an unwarranted tightening of financing conditions and a reduction of the flow of credit to the real economy.”

The central bank put no fixed limit on the scale of its intervention.

The BoE last intervened in the gilt market to stem market turmoil in March 2020, when the pandemic roiled markets, expanding its then-dormant quantitative easing program by hundreds of billions of pounds.

In contrast to then, the BoE said on Wednesday that the intervention would be strictly temporary and would be “unwound in a smooth and orderly fashion once risks to market functioning are judged to have subsided.”

The intervention nonetheless had an immediate market impact. Thirty-year gilt yields dropped around 50 basis points, reversing losses on Tuesday, September 27, but still well above their level at the end of last week.

Markets have been balking at the unfunded tax cuts that formed part of new finance minister Kwasi Kwarteng‘s first fiscal statement on Friday.

“With the announcement just now [the BoE] have put something of a floor under the market in the short term. However, the pro-cyclical fiscal policy remains and as such the respite may not be long-lasting,” said Charles Diebel, head of fixed-income strategy at Mediolanum Asset Management. – Rappler.com