Evergrande moves toward restructuring; state swoops in to contain risk 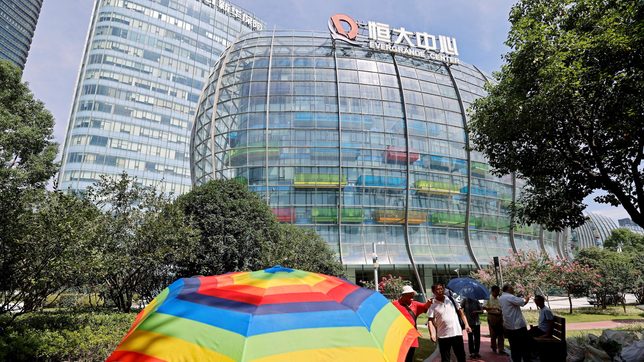 HONG KONG – China Evergrande Group has set up a risk management committee as the cash-strapped property developer inches closer to a debt restructuring that has loomed for months over global markets and the world’s second largest economy.

The real estate giant, which is grappling with over $300 billion in liabilities and is at risk of becoming China’s biggest ever default, said on Monday, December 6, that the committee included officials from state entities and would play an important role in “mitigating and eliminating the future risks” of the group.

On Friday, December 3, Evergrande said it would seek to restructure its offshore debt after acknowledging that it may no longer be able to meet its financial obligations, prompting the provincial government of the southern province of Guangdong, where it is based, to step in to help manage the fallout.

Evergrande shares slumped to a record low on Monday as it teetered, yet again, on the brink of default with the end of a 30-day grace period looming on dues totaling $82.5 million.

At the end of Asia business hours, two bondholders said they had yet to receive payments.

Evergrande, which has made 11th-hour coupon payments in the past, declined to comment.

If Evergrande was declared in formal default it would trigger a wave of cross defaults that would ripple through the property sector and beyond, potentially rattling global investor confidence, already shaken by the emergence of the Omicron variant of the coronavirus.

“Until there is a further announcement everybody is waiting to see if this time will be the first real trigger event. This is also set against the anticipated febrile equities market this week,” said Karl Clowry, a partner at Addleshaw Goddard in London.

Chinese authorities have ramped up efforts to reassure markets that Evergrande’s woes can be contained.

In the latest move, China’s central bank said on Monday it would cut the amount of cash that banks must hold in reserve, its second such move this year, releasing $188 billion in long-term liquidity to bolster slowing economic growth.

Evergrande’s shares tumbled 20% on Monday, closing at an all-time low of HK$1.81 after it said late on Friday that creditors had demanded $260 million and that it could not guarantee funds for coupon repayment, prompting authorities to summon its chairman.

Morgan Stanley said such a process would involve coordination between authorities to maintain operations of property projects, and negotiation with onshore creditors to ensure financing for project completion.

Regulators would also likely facilitate debt restructuring discussion with offshore creditors after operations stabilize, the US investment bank said in a report.

The recent tumble in Evergrande’s dollar-denominated bonds accelerated with the March 2022 issue dropping 4.35 cents in the dollar to 27.7 cents, while other issues like the 2024 and 2025 bonds tumbled to record lows below 20 cents, MarketAxess data showed.

The firm is just one of a number of developers starved of liquidity due to regulatory curbs on borrowing, prompting offshore debt defaults, credit-rating downgrades, and sell-offs in developers’ shares and bonds.

Still, the government may have to significantly step up policy-easing measures in the spring to prevent a sharp downturn in the property sector as repayment pressures intensify, Japanese investment bank Nomura said in a report on Sunday, December 5.

Easing measures such as the ability to sell domestic bonds are unlikely to help Evergrande refinance as there would be no demand for its notes, CGS-CIMB Securities said on Monday.

On Monday, smaller developer Sunshine 100 China Holdings Ltd said it had defaulted on a $170-million dollar bond due Sunday “owing to liquidity issues arising from the adverse impact of a number of factors including the macroeconomic environment and the real estate industry.”

The delinquency will trigger cross-default provisions under certain other debt instruments, it said.

The developer has begun talks with some of the bondholders to extend the deadline for the $400-million debt repayment, sources have told Reuters.

Smaller rival China Aoyuan Property Group Ltd last week also said creditors have demanded repayment of $651.2 million due to a slew of credit-rating downgrades, and that it may be unable to pay due to a lack of liquidity.

Aoyuan chairman Guo Zi Wen on Friday told executives at an internal meeting to have a “wartime mindset” to ensure operation and project delivery and to fund repayments, a person with direct knowledge of the matter told Reuters.

Such tasks will be priorities for the developer, which will leave bond repayment negotiation to professional institutions in Hong Kong, said the person, declining to be identified as the matter is private.

Aoyuan did not respond to a request for comment.