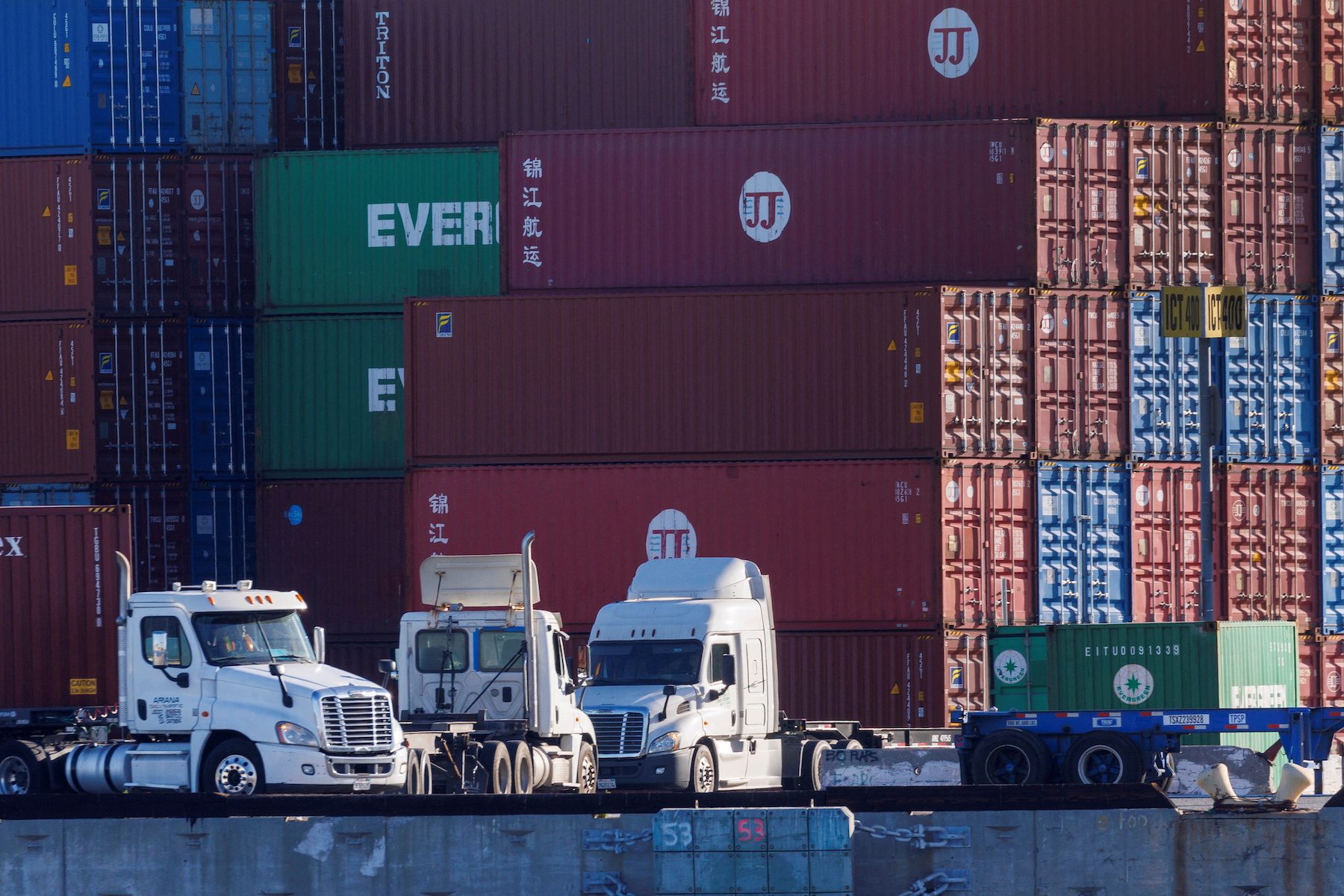 PORT. Trucks arrive to pick up containers at the Port of Los Angeles in Los Angeles, California, November 22, 2021.

Facebook Twitter Copy URL
Copied
'Since the agreement came into effect, China has worked hard to overcome multiple adverse factors caused by the impact of a pandemic, the global recession, and supply chain disruptions,' a commerce ministry spokesperson says

BEIJING, China – China said on Thursday, January 13, that it hopes the United States can create conditions to expand trade cooperation, after Chinese purchases of US goods in the past two years fell short of the targets in a Trump-era trade deal.

China has been behind in its promises in a “Phase 1” trade pact to boost purchases of US goods by $200 billion during 2020 and 2021 compared to 2017 levels, reaching only about 60% of the target through November 2021, according to data compiled by the Peterson Institute for International Economics.

“Since the agreement came into effect, China has worked hard to overcome multiple adverse factors caused by the impact of a pandemic, the global recession, and supply chain disruptions, and pushed for the implementation of the deal from both sides,” commerce ministry spokesperson Shu Jueting told an online news conference.

“We hope the United States could create a favorable atmosphere and conditions for both sides to expand trade cooperation,” Shu said, adding that the countries’ trade teams are maintaining communications.

The US will continue to press China on the need for complete enforcement of the trade deal before discussing extensions, US Agriculture Secretary Tom Vilsack said on Tuesday, January 11. – Rappler.com