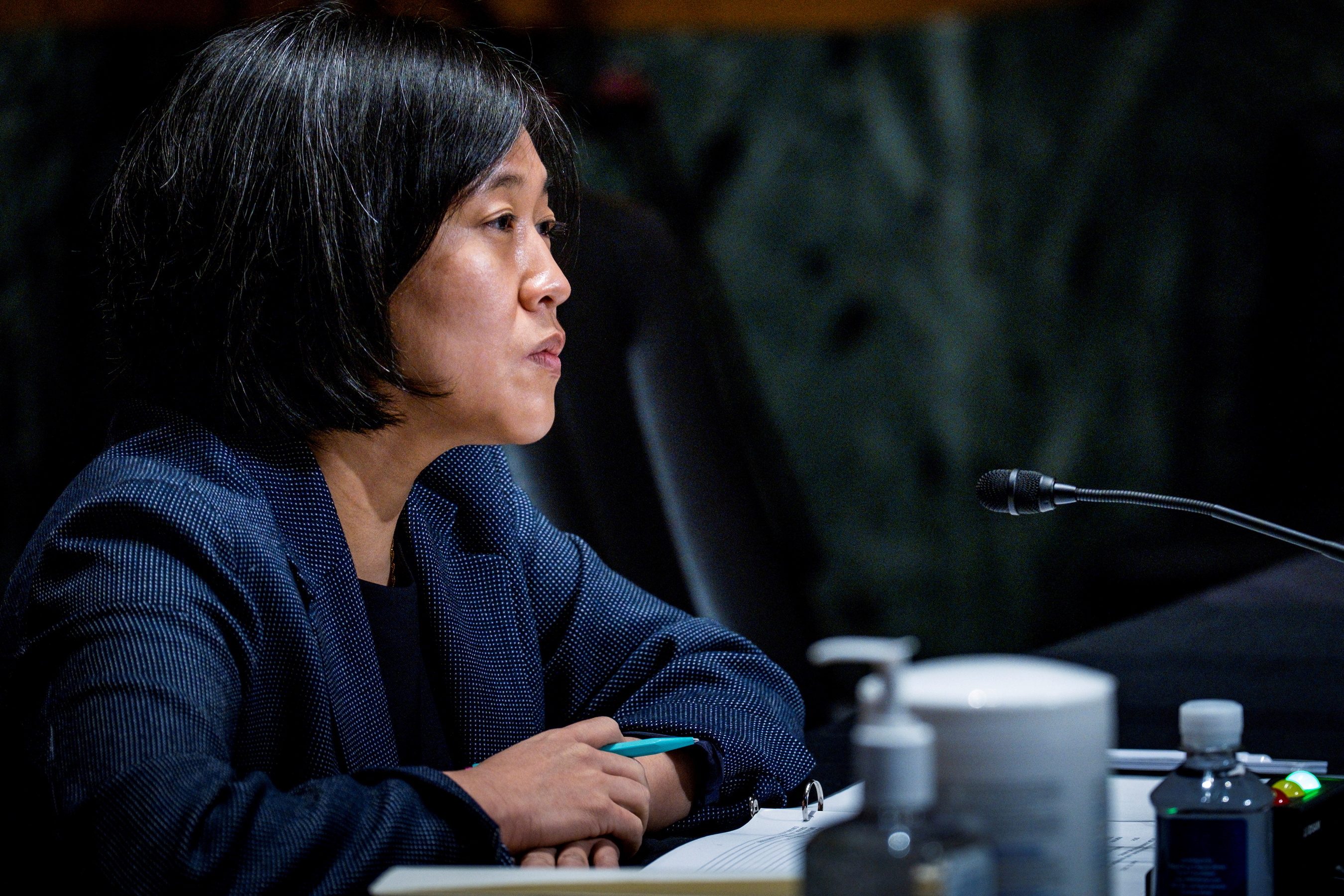 POLICY REVIEW. US Trade Representative Katherine Tai testifies before the Senate finance committee on Capitol Hill in Washington, May 12, 2021.

Having waited eight months for US Trade Representative Katherine Tai‘s promised “top-to-bottom” policy review of trade with China, some US industries and experts were complaining over the plan’s lack of specifics on negotiations or timing.

Unveiling her plan on Monday, October 4, Tai, President Joe Biden’s top trade official, pledged to hold talks with Chinese officials over their failure to meet the terms of former president Donald Trump’s “Phase 1” trade deal, and to revive a process to grant exclusions from tariffs on Chinese imports.

“She’s going to reengage with China and that’s a good thing,” said Mary Lovely, a Syracuse University trade economist who attended Tai’s speech in Washington. “But her whole plan seems to be, ‘I’m going to have a conversation.'”

Tai will leave in place most of Trump’s controversial tariffs on hundreds of billions of dollars of Chinese goods as she launches discussions with her counterpart, Chinese Vice Premier Liu He. She will raise US concerns about China’s industrial subsidies, but did not outline specific plans to tackle Beijing’s policies that the US believes undermine free trade.

What happens next “depends on how the conversation goes,” said Tai, the former top trade lawyer on the House ways and means committee, who has promised to center the Biden trade policy around workers.

She was unsparing in her criticism of Beijing on this front, accusing China’s Communist Party government of continuing to “shape its economy to the will of the state, hurting the interests of workers here in the US and around the world.”

“What you saw today is more evidence that there’s strong bipartisan concern about the direction of our economic relationship with China,” said Stephen Vaughn, a former top USTR official under Trump who helped to develop the original “Section 301” investigation that led to US tariffs on Chinese goods. However, industries that have suffered through more than three years worth of US tariffs on Chinese imports that cost billions of dollars, were hoping for details on which products might win tariff relief.

Instead, Monday’s speech left lingering concerns that Tai could launch new tariff actions after saying she will keep further “Section 301” investigations as options.

The US-China Business Council said it feared tariffs might become permanent, given the lack of any clear road map. The National Foreign Trade Council called for a “robust” tariff exclusion process to provide some relief for companies hammered by the US-China trade war.

“Today’s long-awaited announcement proved the Biden administration’s trade strategy on China to be lackluster at most, and will further inflict unnecessary damage to the American economy and retail supply chains,” said David French, senior vice president of the National Retail Federation.

Tai said she would refrain from Trump’s plans for a separate formal “Phase 2” negotiations with Beijing over structural issues such as China’s massive subsidies to state enterprises, citing a “disinclination” to use the Trump administration’s labels.

How those discussions unfold depends in part on “how much traction we get with China and to what degree we have to take our own measures to defend our interests,” Tai said.

The United States pursued regular high-level economic dialogues with China for more than a decade until 2017 that produced little change in Beijing’s policies. The Trump administration’s Phase One deal was heralded as a breakthrough, but Beijing has fallen far short of commitments to buy US goods. Tai’s speech “didn’t give us new goals, or new tools,” said Derek Scissors, a China scholar at the American Enterprise Institute.

“You say we have to have a worker-centric trade policy, and we can’t tolerate the Chinese behaving like this anymore because it harms America, but we’re going to talk to them about it,” Scissors said. “When has that ever worked?” – Rappler.com