Cracks widen in eurozone economy as war in Ukraine rages on 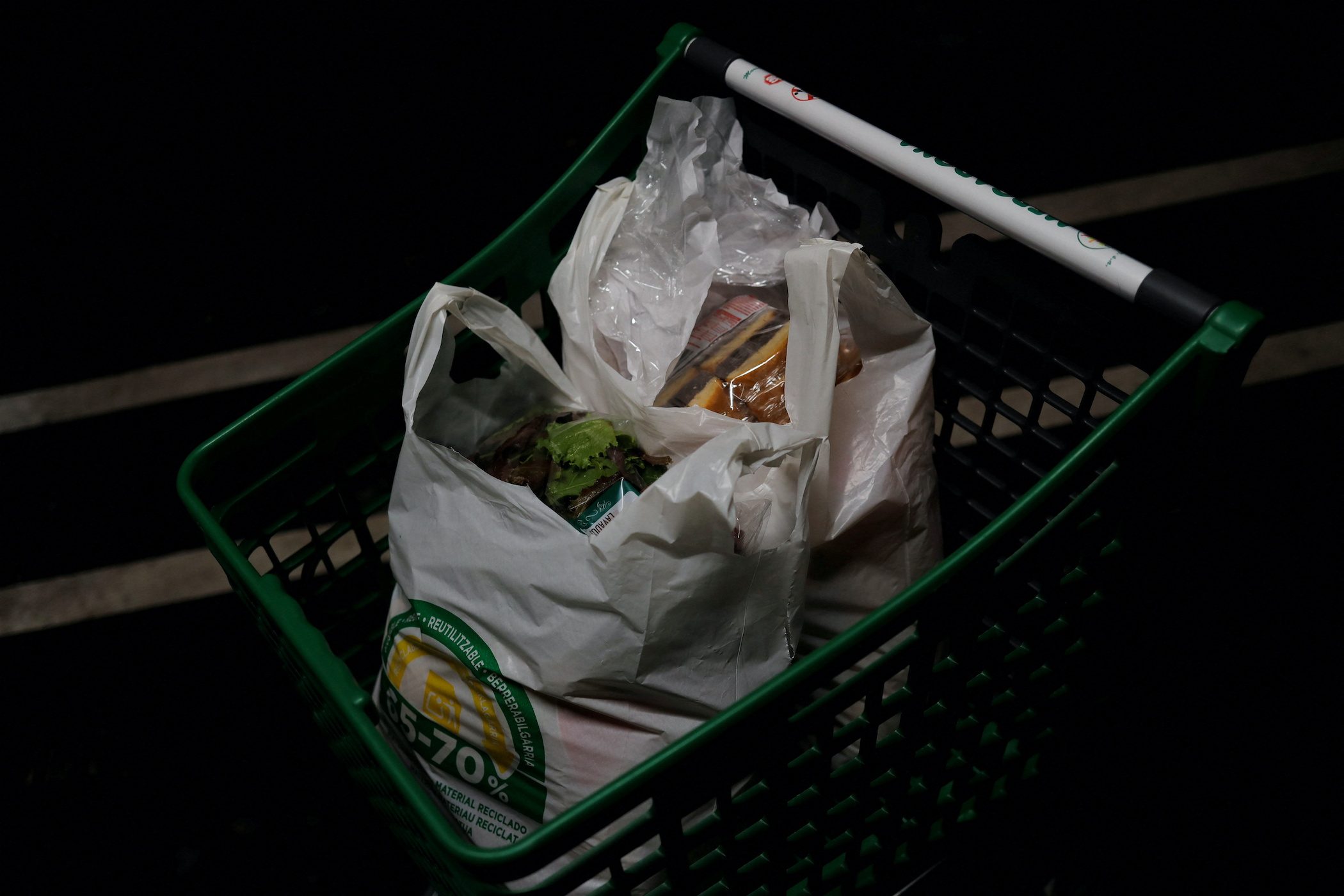 INFLATION. Bags full of groceries are kept in a shopping cart at a supermarket in Ronda, Spain, March 29, 2022.

Facebook Twitter Copy URL
Copied
Germany, Europe's biggest economy and one of the most reliant on Russian energy, will be among the hardest hit

FRANKFURT, Germany – Europe’s economy is increasingly strained by Russia’s war in Ukraine as growth stalls, confidence plummets, and inflation soars, data and warnings from policymakers made clear on Wednesday, March 30.

Sanctions on Russia following its invasion last month have pushed energy prices to record highs across the continent, sapping confidence and raising the risk of another recession, even before some states have recovered from a COVID-19-fueled downturn.

Germany, the bloc’s biggest economy and one of the most reliant on Russian energy, will be among the hardest hit and the government’s council of economic advisers on Wednesday more than halved their growth forecast for this year, to 1.8%.

“The risk of a recession is substantial,” Volker Wieland, one of the panel’s members said, adding the economy would now take until the third quarter to return to its pre-pandemic size.

The advisers, whose forecasts guide the government in setting fiscal policy, also predicted that German inflation would double to over 6%.

As the government triggered an emergency plan for possible gas rationing should supplies from Russia be disrupted or stopped, Wieland said Germany should work to end its dependence on Russian energy, possibly through a longer-than-anticipated nuclear energy program.

This would push up inflation for now but improve the long-term security of the country and the economy’s stability, he said.

“The longer the war lasts, the higher the economic costs will be and the greater the likelihood we end up in more adverse scenarios,” she said in a speech.

In Vienna, Austria’s central bank cut its growth forecast and sharply raised its inflation outlook for this year, saying its new predictions would worsen further if the war dragged on.

Her warning was underlined by a sentiment indicator that showed the war had sent consumer confidence in the eurozone plummeting and inflation expectations to record highs.

The European Commission’s economic sentiment index dropped to 108.5 in March from a downwardly revised 113.9 in February, while consumer confidence plunged to -18.7 from -8.8.

The biggest hit to confidence came from inflation, which is sapping consumer spending power, even as governments quickly roll out subsidies to ease some of the pain.

In Spain, one of the bloc’s biggest economies, inflation accelerated to 9.8% in March, the fastest pace since May 1985, from 7.6% in February.

German price growth meanwhile soared past expectations to hit 7.6%, a level not seen since the early 1980s, suggesting that the eurozone reading on Friday, April 1, is almost certain to exceed economists’ 6.6% forecast.

While the central bank would normally tighten policy to fight inflation, such a move could exacerbate a recession, hurting consumers even more.

To mitigate the risk, Lagarde promised to move only by small increments, without making longer-term commitments.

“Gradualism means that we will move carefully and adjust our policy as we receive feedback on our actions,” she said.

This policy dilemma could in turn divide the ECB’s rate setting Governing Council even more, as conservatives are already calling for a hike to combat high inflation.

“Unless…the war…becomes a global conflict, then I think that the first rise [of rates] could come towards the end of this year,” ECB policymaker Peter Kazimir said. – Rappler.com