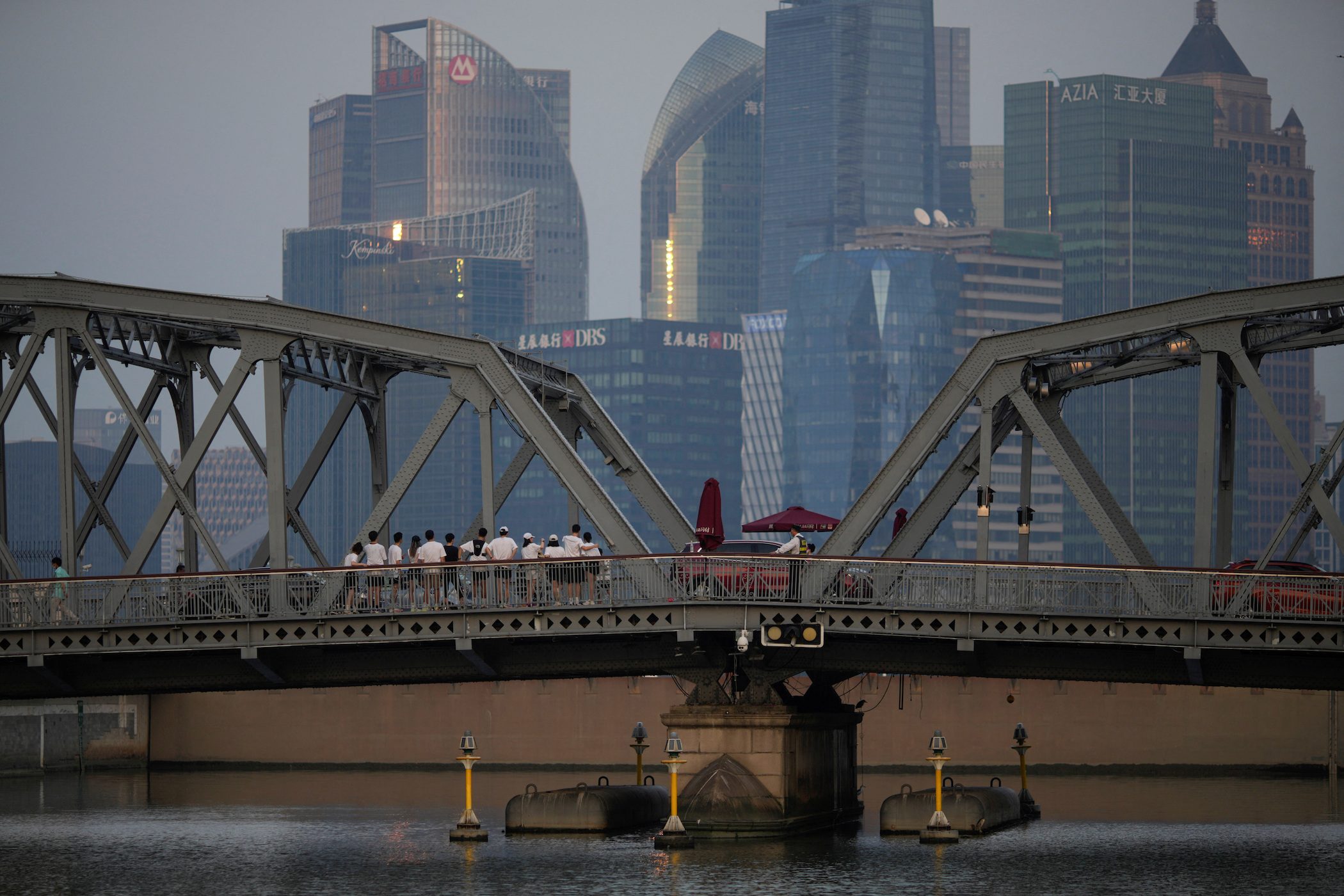 SHANGHAI. People stand on a bridge near the Bund in Shanghai, China, September 6, 2022.

SHANGHAI, China – A top European industry group warned on Wednesday, September 21, that firms were losing confidence in China and that its standing as an investment destination was being eroded, citing its “inflexible and inconsistently implemented” COVID-19 policy as a key factor.

The European Chamber of Commerce published the warnings in a paper it said had input from 1,800 member companies, which also contained 967 recommendations for China, the European Union, and European companies related to doing business in the country.

The report, which touched on issues from Taiwan to trade, said, for example, that China should refrain from “erratic policy shifts,” deepen cooperation with the European Union, and increase international flights.

The European Union should proactively engage with China and reject calls for disengagement, it added.

A “stark contrast” has emerged between China and the rest of the world over the past year, as other countries remain committed to globalization while China continues to turn inward, the chamber’s president, Joerg Wuttke, told a media briefing.

“The world lives with herd immunity, and China waits until the world gets rid of Omicron, which is of course unlikely,” he said, referring to China’s rigid zero-COVID stance, which has led to frequent lockdowns and kept borders mostly shut to international travel.

China says its policy is needed to prevent its health system from being overwhelmed as well as an unacceptable loss of life.

Besides COVID-19, the chamber said stalled reforms of China’s state-owned enterprises, an exodus of European nationals from China coupled with travel restrictions for Chinese staff to go abroad, as well as increased politicization of business were also harming China’s attractiveness.

The report said record numbers of businesses looked to shift current or planned investments to other markets.

Last month, a US business lobby said China’s strict COVID-19 control measures had overtaken sour US-China relations as the top concern of US companies in the country.

China is one of the few countries still requiring travelers to quarantine on arrival, and Wuttke said the chamber remained hopeful that restrictions could loosen after the ruling Communist Party’s five-yearly congress, which starts October 16.

While Xi Jinping is expected to secure a historic third leadership term, it is not yet clear who will join him on the Politburo Standing Committee and who will replace Premier Li Keqiang, who is set to retire in March from his role whose main remit is managing the world’s second largest economy.

Wuttke said that Vice Premier Liu He, who is expected to retire from his current position, always stood for reform and “would be hard to replace.”

“We have to see what the lineup is in the economic decision-making, and that might give us some indications of where this country is heading,” he said. – Rappler.com