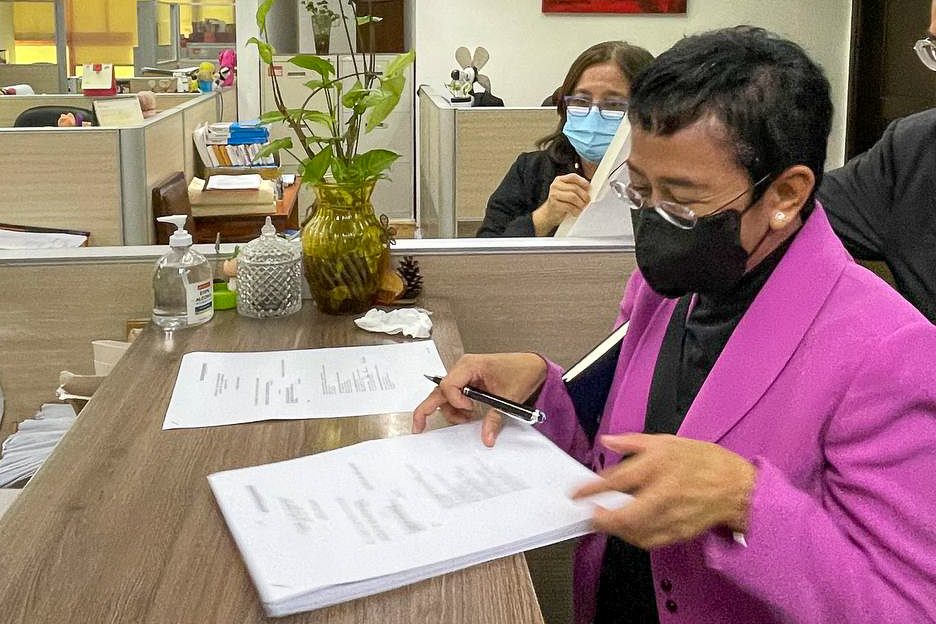 Francisco Lim, Rappler’s lead legal counsel and former president of the Philippine Stock Exchange (PSE), said that the acquittal of Ressa and Rappler Holdings Corporation (RHC) of four charges of tax evasion filed by the previous Duterte government clears up issues on investment and capital raising in the country.

“We do need investments here in the country to help the country emerge from the pandemic. A contrary decision today would have really had negative implications not only on the freedom of the press but on the economy,” Lim said.

Ressa emphasized that Rappler’s tax cases “are where capital markets, where rule of law, where press freedom meet.”

The Court of Tax Appeals 1st division acquitted Ressa and RHC, Rappler’s holding company, where the Duterte government alleged that it evaded tax payments when it raised capital through Philippine Depositary Receipts (PDRs). The PDRs were issued to North Base Media (NBM) and Omidyar Network (ON).

PDRs are financial instruments that allow foreign entities to invest in industries like media without violating the Constitution’s restrictions. In the case of media companies, the Constitution specifies that it should be 100% Filipino-owned. PDR holders are entitled to dividends, but have no voting rights. A PDR derives its value from shares, but does not make the holder become shareholders of the company. The Securities and Exchange Commission accused Rappler of evading tax payments when it raised capital through PDRs. It also alleged that Rappler was a dealer of securities.

The CTA voted 3-0, ruling that Rappler was not required to pay income tax for the PDR transactions, as the said financial instrument was for capital raising purposes and not a share sale, where the latter is taxable for income.

If you make [capital raising] taxable, companies may be limited to internally generated funds, which by nature is quite limiting

“With due respect to the prosecution, their theory of the case fails to distinguish between investments and sale of stock in trade,” Lim said.

Lim explained that had the CTA ruled against Ressa and Rappler, it would have sent a signal to investors that capital raising activities and maiden offerings are taxable in the Philippines.

“If you make that taxable, companies may be limited to internally generated funds, which by nature is quite limiting,” Lim said.

The CTA also noted that “there is nothing in the wordings of the PDR instruments and the PDR subscription agreements that would show the foreign entities NBM and ON will become owners of the shares of stock of Rappler.”

Eric Recalde, Rappler legal counsel, emphasized that mere capital raising does not make one a dealer of securities.

“Rappler undertook this capital raising activity for expansion to have a vibrant press. This also teaches us that taxation can never be used by the government to muzzle press freedom,” Recalde said. –Rappler.com