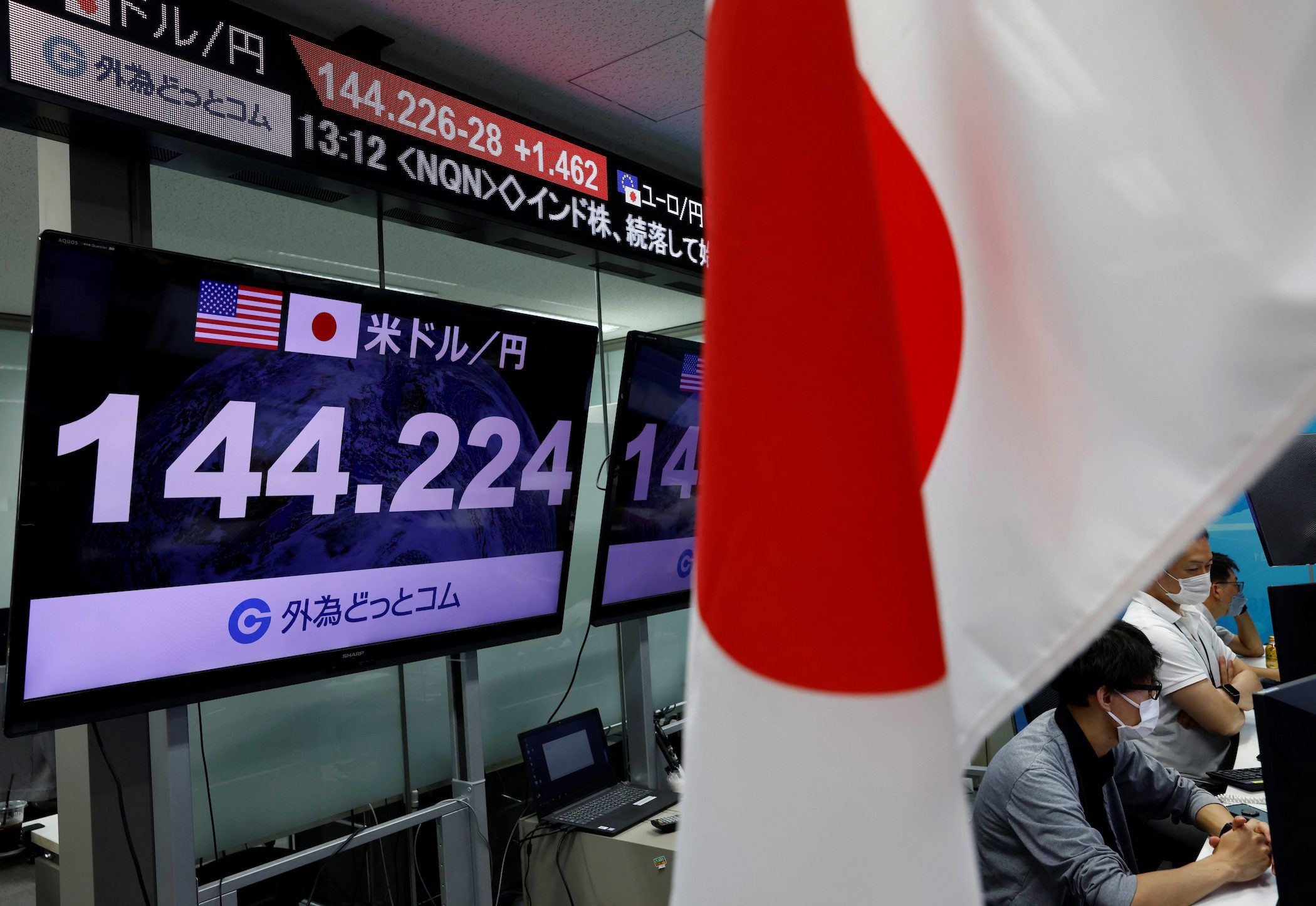 YEN. Employees of the foreign exchange trading company Gaitame.com work in front of monitors displaying the Japanese yen exchange rate against the US dollar at its dealing room in Tokyo, Japan, September 7, 2022.

The government raised the daily ceiling of inbound travelers to 50,000 from 20,000 and scrapped a requirement for visitors as well as returning residents to undergo pre-departure COVID-19 tests, easing what have been among the most restrictive border measures among major economies.

Travel bookings have increased since the easing was announced last month, but a true recovery will be delayed as long as visitors are still required to get visas to enter the country, said Japan Airlines executive Koji Masumura.

“Although the number has been raised to 50,000 people this time, my personal guess is that it will not reach this level without the participation of overseas individual travelers,” Masumura said.

The yen has depreciated rapidly in recent weeks, breaching 144 to the US dollar on Wednesday, the weakest in 24 years.

While sounding concern about “one-sided moves” in the currency, Chief Cabinet Secretary Hirokazu Matsuno told reporters the currency weakness could have merits as border controls ease.

Those advantages will not be realized if visitors cannot get in, however. Prime Minister Fumio Kishida has pledged to bring Japan more in line with fellow Group of Seven nations, but the relaxation has been too slow for many businesses.

Japan officially let in tourists in June for the first time in two years, but only about 8,000 arrived through July, compared with more than 80,000 visitors a day before the pandemic.

Tourists must still register with licensed Japanese travel agencies before applying for a visa at embassies and consulates, where it can take months to get a reservation, according to travel industry sources.

Masakazu Tokura, chairman of the powerful Keidanren business lobby, said on Monday, September 5, that the easing of border measures wasn’t enough. Foreign chambers of commerce have said the lack of visa-waiver eligibility for business and tourist travelers risks Japan falling behind economically.

“We are grateful for the weak yen, but foreign tourists are still required to obtain visas,” said a spokesperson for the Japan Association of Travel Agents. “We would like to see them take one more step to ease the situation.”

Prior to the pandemic, Japan had visa waiver agreements with nearly 70 countries, including all European Union countries, the United States, and many Asian neighbors. – Rappler.com