ABS-CBN. Media groups gather outside the ABS-CBN headquarters in Quezon City to mark the first anniversary of the broadcast giant's shutdown, May 5, 2021.

MANILA, Philippines – ABS-CBN Corporation raised P500 million from selling common shares and Philippine Depositary Receipts (PDRs), proceeds of which will be for the network’s digital push.

In a stock exchange filing on Wednesday, January 26, ABS-CBN said it sold 21.32 million common shares and 11.5 million PDRs worth P15.23 each to its principal shareholder, Lopez Incorporated.

The Kapamilya network has been investing in digital initiatives and content production since the House of Representatives denied its franchise renewal in 2020 and forced it to go off-air.

Villar has yet to announce what he intends to air using the frequencies. 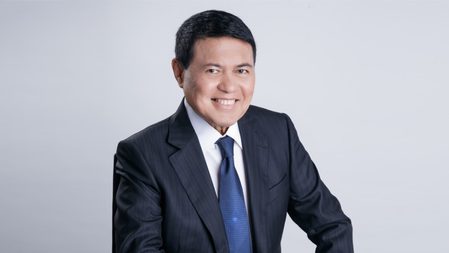 Channel 43 was previously assigned to Amcara Broadcasting Network, which had a blocktime agreement with ABS-CBN. Channel 23, meanwhile, was where ABS-CBN Sports+Action used to air, popularly known as Studio 23 before it rebranded.

ABS-CBN is on free TV through blocktimer deals with Zoe TV and TV5. It also launched Kapamilya Online Live on YouTube and Facebook. – Rappler.com