Facebook Twitter Copy URL
Copied
The third-party auditor tasked to monitor revenues of POGOs has no business permit. POGOs linked to crimes get a slap on the wrist.

MANILA, Philippines – The company contracted by the government to audit earnings of online casinos does not have basic documents like a business permit, and seems to have engaged with a fraudulent bank to bump up its capital on paper.

In a hearing on Monday, January 23, Senate committee on ways and means chairman Sherwin Gatchalian grilled officials of the Philippine Amusement and Gaming Corporation (Pagcor) as to why the agency entered into a P6-billion consultancy contract with Global ComRCI in 2017 to monitor revenues of Philippine offshore gaming operators (POGOs), despite glaring inconsistencies in its documents.

Past hearings found that there was a tax leakage of P9.1 billion due to discrepancies in gross gaming revenues reported by the Bureau of Internal Revenue, Pagcor, and POGOs.

Gatchalian said his research team found that Global ComRCI engaged a certain Soleil Chartered Bank to certify that it had at least $25 million (around P1.3 billion) in funds. Pagcor’s bidding requirements specified that companies should have at least P1 billion in capital.

But the Bangko Sentral ng Pilipinas said Soleil is not registered in the Philippines and is not allowed to operate. A simple online search would also point to stories about fraudulent activities associated with Soleil.

Gatchalian’s office also found that Global ComRCI is not registered in Makati City, despite indicating its business address there.

(With the many personnel of Pagcor, I don’t know how you were duped. Unless you got duped on purpose.)

Roderick Consolacion, Pagcor’s vice president for legal affairs, then said that the bidding rules “allowed it,” without elaborating on the content of Global ComRCI’s documents.

Asked how Pagcor could have missed the issues with Global ComRCI in the past five years, Consolacion only replied, “Yes, your honor.”

Global ComRCI officials were invited to the hearing but did not attend. 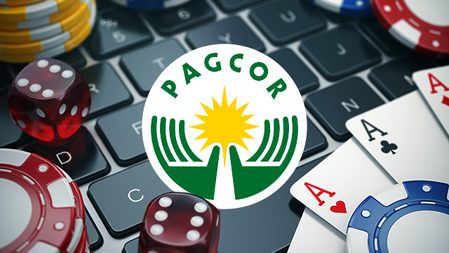 So far, Pagcor has paid Global ComRCI P842 million in consultancy fees alone, excluding other services. But according to the company’s financial statements, it only earned around P7 million, which could mean that it grossly underreported its earnings to evade taxes.

Lawmakers also questioned Pagcor officials for being lenient with POGOs that are allegedly tied to criminal activities.

In December 2022, Senator Grace Poe alerted regulators and law enforcement authorities of an incident where a woman fell victim to a bogus job vacancy and was kidnapped by a POGO.

The female victim was brought to a POGO dorm in Shuang Ma Industrial Park in Bacoor City, Cavite, where she was rescued after relatives paid ransom of P250,000.

The POGOs implicated in the alleged kidnapping are Brickhartz Technology and MOA Cloudzone. The companies are still operating. Pagcor Assistant Vice President Jessa Fernandez said Brickhartz was fined around P500,000, while they have yet to receive a report for MOA Cloudzone.

“You’re just telling us that you just fined them P500,000, hoping that they will change morally,” Gatchalian told Fernandez. – Rappler.com