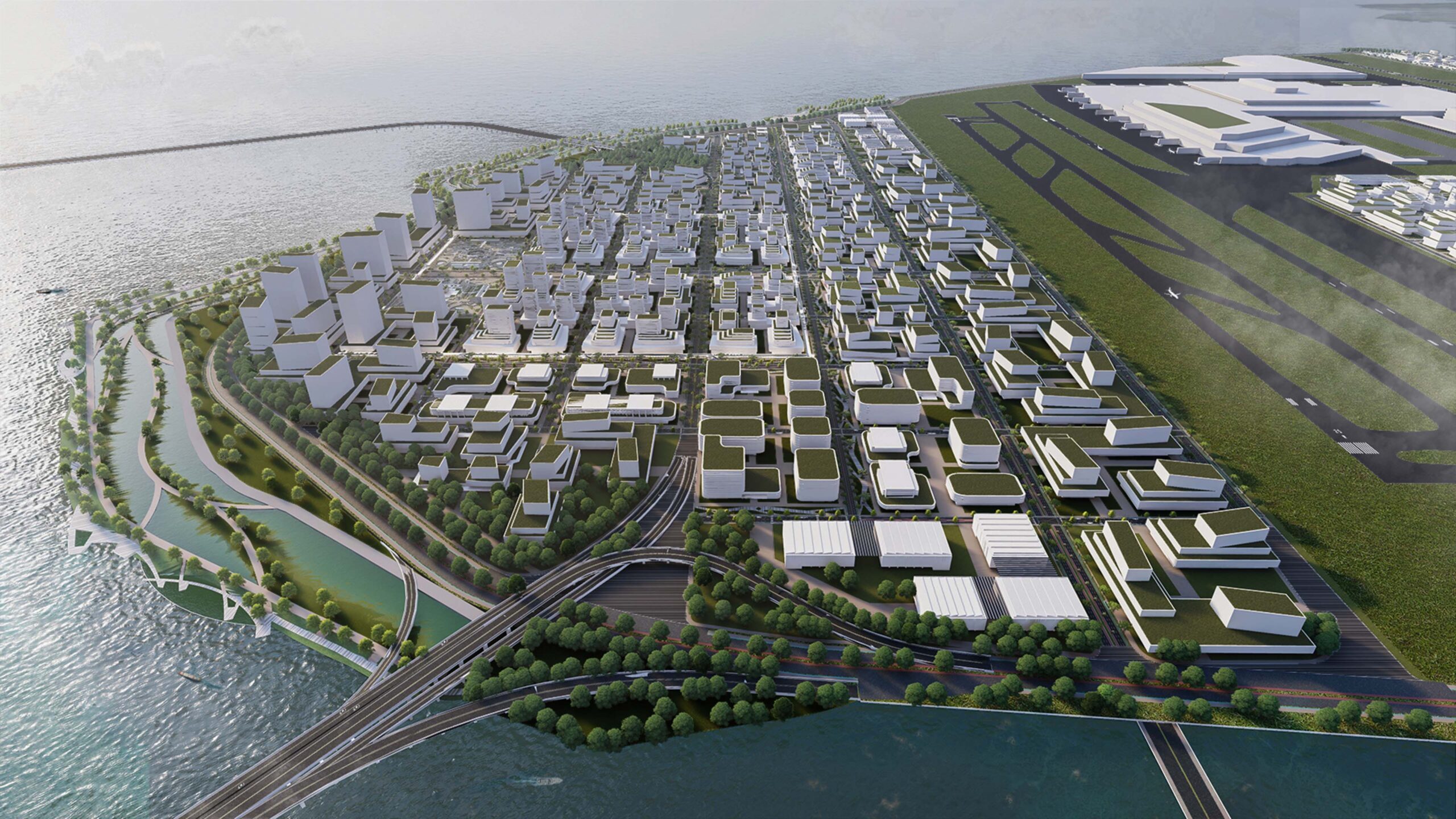 SMC is constructing a sprawling new airport complex in Bulacan province under a build-operate-transfer scheme. It will operate the New Manila International Airport there for 50 years before handing it over to the government.

“These designs presented to us by Architect [Jun] Palafox and his team will be close to actual. There will probably be some adjustments by the time we implement, and we will still continue to improve as needed, but in terms of the overall concept, design, and the features, this is it,” said SMC president Ramon Ang.

According to SMC, the airport will initially feature four parallel runways, a terminal, and an interlinked infrastructure network of expressways and railways.

SMC also said the airport city will adopt green architectural and urbanism guidelines “over and above” the Philippines’ building and zoning codes.

The aerocity will stand on 2,500 hectares of coastal property which will be a gateway to a developing industrial, commercial, and government center.

San Miguel Aerocity got a franchise to construct a new airport in Bulacan, seen to decongest the deteriorating Ninoy Aquino International Airport, after the bill for the franchise lapsed into law in December 2020.

Environmental groups questioned the project, with fisherfolk and civil society groups seeking a writ of kalikasan from the Supreme Court in December 2020 to stop the construction. The SC junked the petition less than a month after it was filed.

Boskalis Philippines clinched the $1.73-billion (P83-billion) contract to develop the land, which is expected to be completed in 2024. – Rappler.com