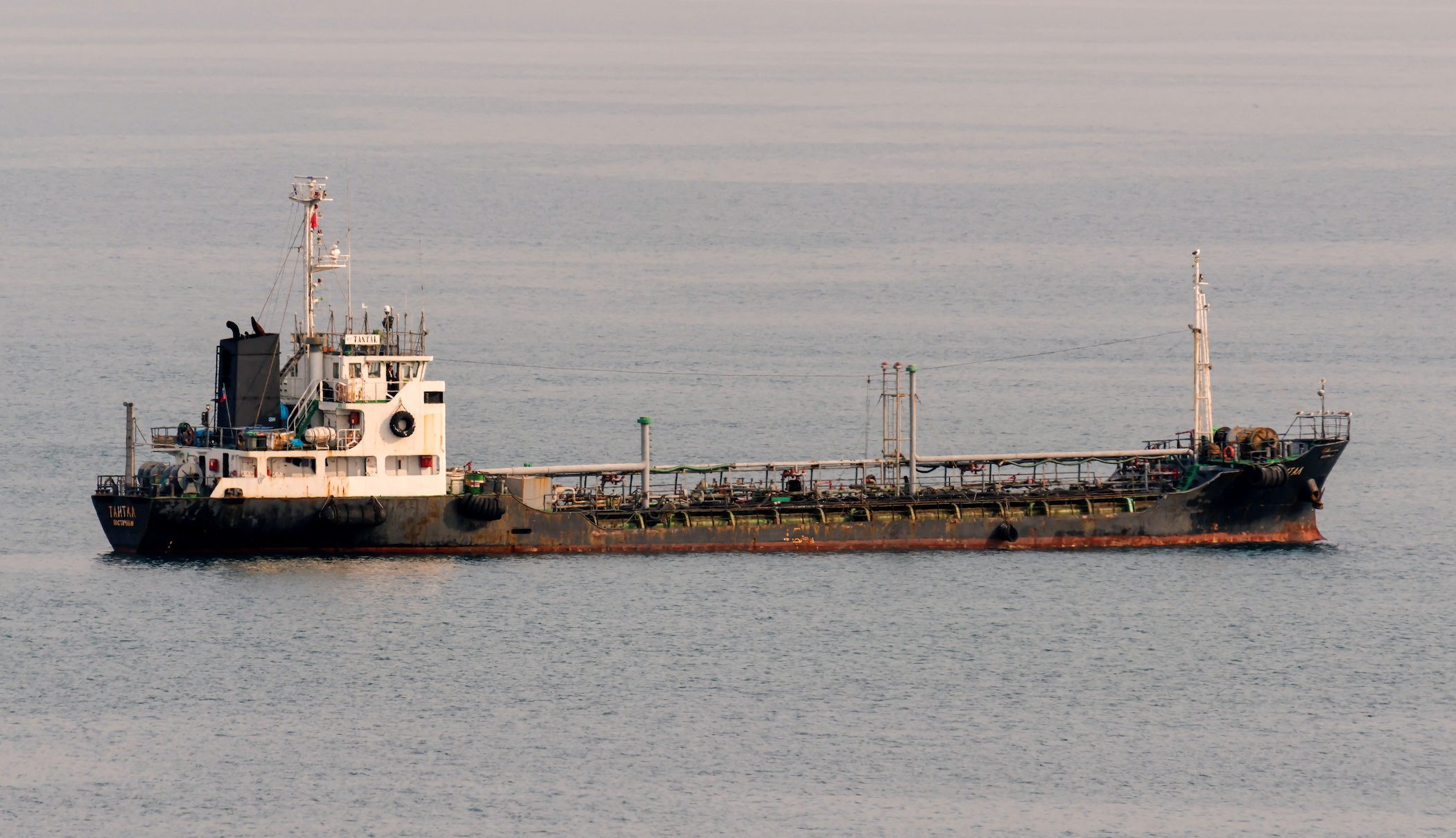 TANKER. The Russian vessel Tantal, an oil/chemical tanker, is seen at sea outside the far eastern city of Vladivostok, Russia, October 9, 2017.

Russia has so far deflected much of the impact of sanctions on its oil trade but the insurance industry threatens to throw a spanner in the works unless Moscow and its customers can plug a gap left by Western underwriters.

Insurers from Europe and the United States, which dominate the international marine market, are curtailing coverage for Russian oil tankers, industry sources say, to avoid breaching sanctions imposed in the wake of Moscow’s invasion of Ukraine. Even non-Russian vessels are now at risk of being dropped by Western insurers if they carry Russian crude.

The moves by Western insurers could undermine Moscow’s recent success in rerouting supplies of crude from Europe and the United States to Asia, accelerate the decline in its European business, and blow a bigger hole in energy markets as restrictions ensnare the world’s second biggest crude exporter.

The pullback is expected to hit over June and July, when policies that were withdrawn this month in anticipation of tougher European Union restrictions fully expire, four shipping and industry sources told Reuters. They declined to be named because of the sensitivity of discussing Russian-linked business.

“There is an ongoing pressure for international marine insurers to not cover shipping companies worldwide for carrying Russian oil,” said Maria Bertzeletou, an analyst at Greece-headquartered Signal Maritime Services, a leading manager of oil tankers.

“Turmoil or a short-term hiatus on marine insurance cannot be ruled out.”

While insurance companies based in countries that are big buyers of Russian oil might be able to step in, their ability to cover potentially huge policy risks by getting their own insurance policies from reinsurers also looks set to be hit.

“It will be challenging now to identify a reinsured claim that would not in some way be caught by those sanctions,” said Mike Salthouse, head of claims at North, a member of the International Group, an association of insurers who provide P&I insurance to around 90% of ocean going ships.

Without reinsurance, an insurer writing a policy for an oil tanker would likely need a government guarantee to cover potential liabilities that could run into billions of dollars.

“There are probably insurers in Russia that are capable of writing third party liability and reinsurance programs that could then be backed by a sovereign fund from China or Russia or a combination of both,” said Salthouse, who is also chairman of the International Group’s sanctions subcommittee.

“That is technically possible. It depends on what the political will is and what markets Russia will focus its cargoes on.”

For now, customers in India and China are picking up cargoes of Russian oil shunned in the West, and cheaper because of it, according to industry data and traders. Russian oil exports were back to their pre-invasion average in April, according to a report this month from the International Energy Agency (IEA).

In the absence of Western insurers, Russia is turning to local insurance companies including the country’s No. 4 provider Ingosstrakh, according to three of the industry sources.

Reuters could not determine whether the Russian government or any other sovereign state had given or planned to give privately-owned Ingosstrakh any financial guarantees. Russia’s economy and transport ministries and Ingosstrakh did not respond to requests for comment.

India, a longtime ally of Moscow, has been snapping up Russian crude. Its share of Russian oil exports has jumped to 10% from zero since the start of this year, according to the IEA.

New Delhi does not see insurance being a barrier to future purchases because Ingosstrakh has the liability for any hazards that occur on the seas, according to a senior government official.

“India recognizes the insurance cover including P&I by Ingosstrakh so there will not be any problem as long as the ships meet port entry rules. Since we don’t recognize US sanctions so we will accept Russian ships. Our liability will arise only after discharge of the vessel,” said the official, who declined to be named.

China, the world’s biggest oil importer, is also ramping up purchases of oil from Russia at bargain prices, according to shipping data and oil traders who spoke to Reuters.

But Chinese insurers looking to take on business that was previously covered by their Western counterparts would likely need a sovereign guarantee, according to the three industry sources.

“It won’t be a commercially viable decision for any Chinese insurer to take over the insurance coverage from the European companies,” said Leonard Li, a partner with management consultancy company Oliver Wyman.

“Chinese companies do not have much experience or knowledge of this sector,” he added.

Chinese government officials did not respond to requests for comment.

There is precedent for governments to step in to guarantee the maritime risks associated with shipping sanctioned goods.

In 2012, Japan used a sovereign liability guarantee to help bring in cargoes of Iranian oil after Western insurers cut cover due to sanctions before a nuclear deal was reached with Tehran.

A Japanese official, who declined to be named due to the sensitivity of the matter, said the legislation passed in 2012 was strictly for Iranian oil imports and new rules would need to be approved for any guarantees covering Russia.

Two Japanese government officials including the first source said they were not aware of any discussion of such backup plans.

Japanese insurers are still providing cover for tankers carrying Russian oil as long as they are not linked with companies on sanctions lists, a Japanese industry source familiar with the situation said.

The source added that if the UK and other Western reinsurance companies stopped offering cover, then insurers in Japan would also likely do the same.

A complex patchwork of US, EU, and British sanctions have prohibited Russian-owned or -flagged ships from calling at ports or engaging in new trading contracts, raising capital, or securing new insurance cover from companies operating in those jurisdictions.

There is no ban on insuring foreign owned ships that carry Russian oil but it is being considered as part of a new European Union package of restrictions, which would also include an embargo on importing Russian oil.

In the meantime, the insurance industry is self-sanctioning ahead of any possible future restrictions and Russia’s maritime sector is seeing the wind down of multiple services, including ship certification by leading foreign providers – vital for accessing ports and securing insurance – shipping companies pulling out, and ship engine makers suspending training on their equipment.

“Private businesses are going harder and higher than governments ever would, because they are running scared of activist investors and shareholders,” said Ross Denton, head of international trade at law firm Ashurst. – Rappler.com