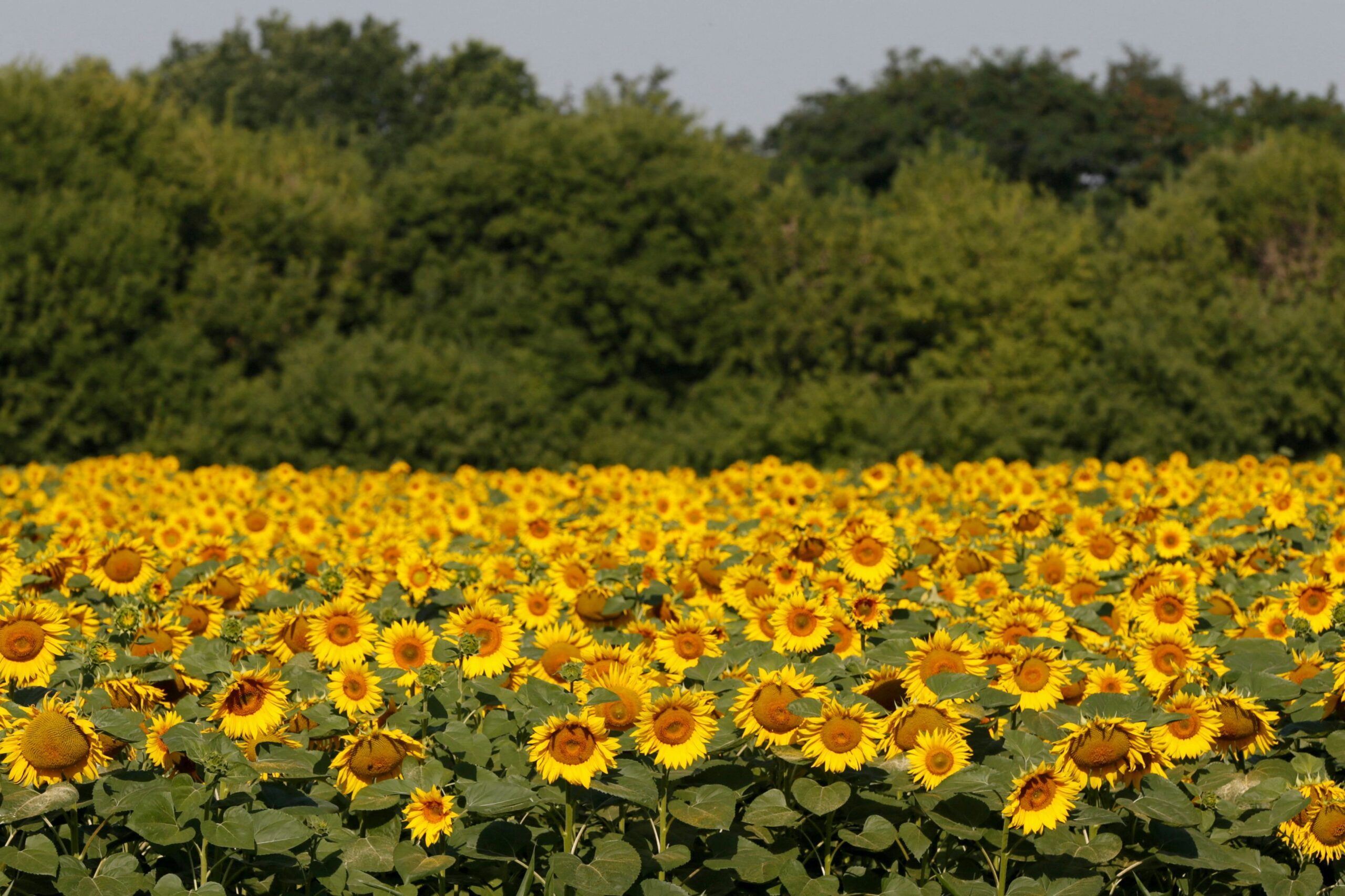 SUNFLOWERS. Sunflowers are seen on a field near the village of Grebeni, Ukraine, July 14, 2016.

PARIS, France – The market for sunflower oil has improved in the European Union over the past weeks as producers have adapted to the shortfall in Ukrainian supplies and some supplies have arrived by rail and truck, EU vegetable oil group FEDIOL said.

Ukraine is by far the EU’s largest supplier of sunflower oil. War in the country that started late February created panic buying, leading to shortfalls across the whole supply chain up to the final consumer, and sending prices rocketing.

Biodiesel producers have lowered the use of sunflower in their fuel, while food makers have changed their formulas to include other vegetable oils, such as rapeseed oil.

Some supplies of sunflower seeds and of sunflower oil were coming out of Ukraine mostly by rail and by truck, it said.

“These volumes will not reach the volumes that were shipped before the beginning of the war by sea vessel, but they are improving the market situation and help vegetable oil refiners responding to sunflower oil demand in the EU,” it said.

Official EU data published on Tuesday, May 3, showed 260,000 tons of Ukrainian sunflower oil had been imported in the bloc between February 27 and May 1.

Sunflower oil shipments to the EU are usually at around 200,000 tons per month, FEDIOL said in early March.

The recent rebound in sunflower oil availability led to a fall in prices and switches into rapeseed oil have stopped, FEDIOL said.

The organization stressed bottled sunflower oil was readily available in the EU and shortages on some supermarket shelves were not due to lack of sunflower oil availability. – Rappler.com