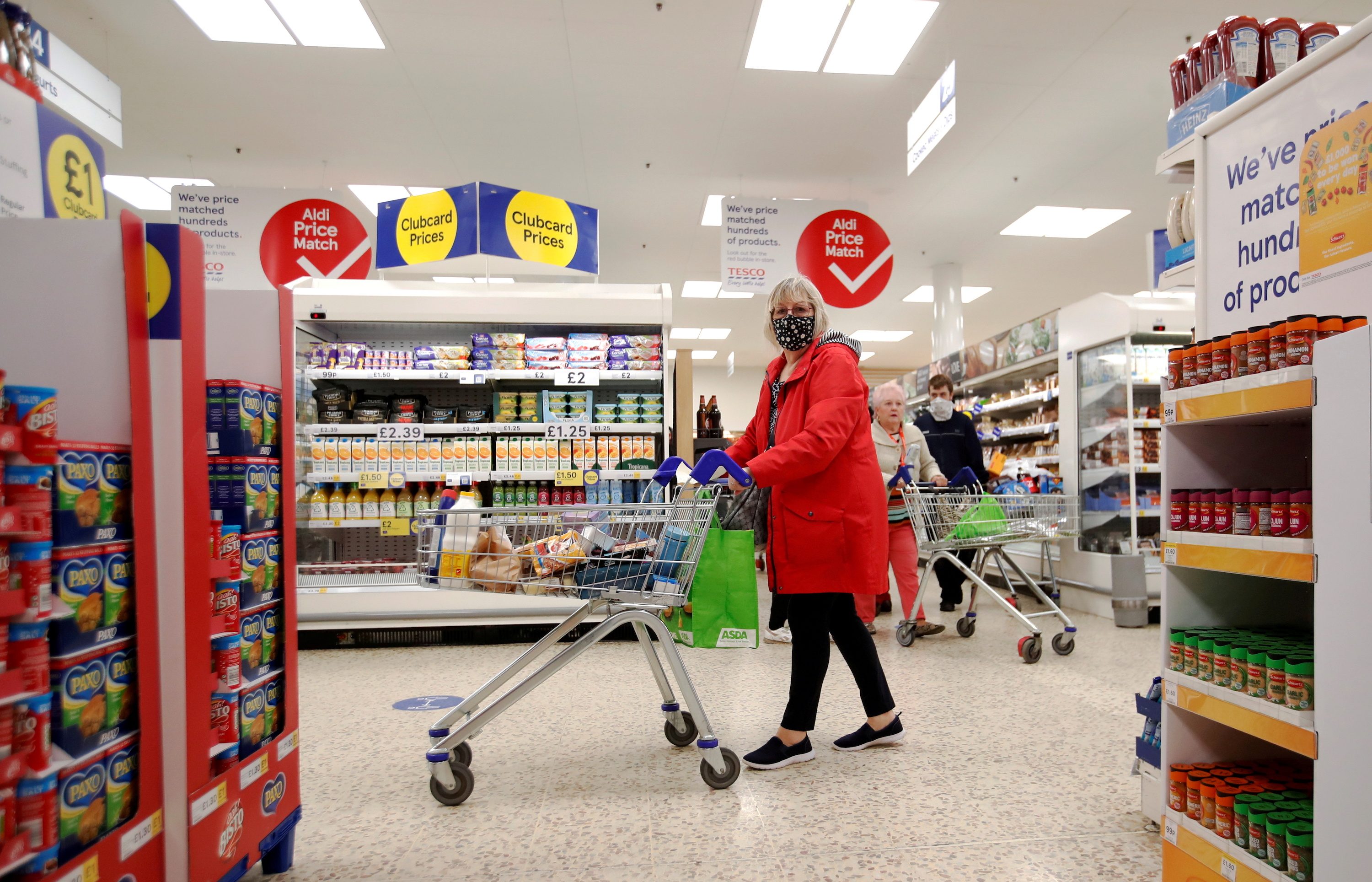 TESCO. A woman pushes a shopping cart at a Tesco supermarket in Hatfield, Britain, October 6, 2020.

Tesco, Britain’s biggest retailer, raised its full-year earnings forecast on Wednesday, October 6, after the unmatched scale of its store and online operations helped it outperform rivals in the first half and beat expectations with a 16.6% jump in profit.

Tesco, however, increased sales in the period.

“We’ve had a strong six months; sales and profit have grown ahead of expectations, and we’ve outperformed the market,” chief executive officer Ken Murphy said.

“With various different challenges currently affecting the industry, the resilience of our supply chain and the depth of our supplier partnerships has once again been shown to be a key asset.”

He told reporters the company “maintained great availability” during the half.

Tesco said the strong performance had enabled it to cut net debt by 1.7 billion pounds ($2.3 billion) since February, and it could now afford to start a multi-year share buyback, with the first 500 million pounds to be bought by October 2022. It also paid an interim dividend of 3.2 pence, in line with a year ago.

Murphy denied the buyback was a tactic to ward off potential private equity bidders.

“This isn’t defensive by any means, this is completely, as far as we’re concerned, part of business as usual,” he said.

Morrisons, Britain’s No. 4 supermarket group, is being taken over by US private equity group Clayton, Dubilier & Rice, while shares in No. 2 Sainsbury’s have been buoyed by takeover speculation. No. 3 Asda was purchased by the Issa brothers and TDR Capital earlier this year.

Tesco forecast a full-year adjusted retail operating profit of 2.5 billion to 2.6 billion pounds, having previously forecast a similar outcome to 2019-2020, when it made 2.3 billion pounds.

The company, with a 27% share of Britain’s grocery market, made an adjusted retail operating profit of 1.39 billion pounds in the first half versus 1.19 billion a year earlier.

Analysts say Tesco is also benefiting from a strategy to match prices at German-owned discounter Aldi on around 650 lines and the success of its Clubcard Prices loyalty scheme.

The proportion of customers using Clubcard in large stores has grown to 80% from 69% last year, with about seven million shoppers now using the scheme through an app.

Despite inflationary pressures, Tesco said its customers saw prices fall in the first half and they were still falling in the second half.

“Customers are faced with an increasing range of choice as to where, when, and how to shop and the competitive environment has materially changed,” he said.

“We believe that against this backdrop we can thrive.” – Rappler.com