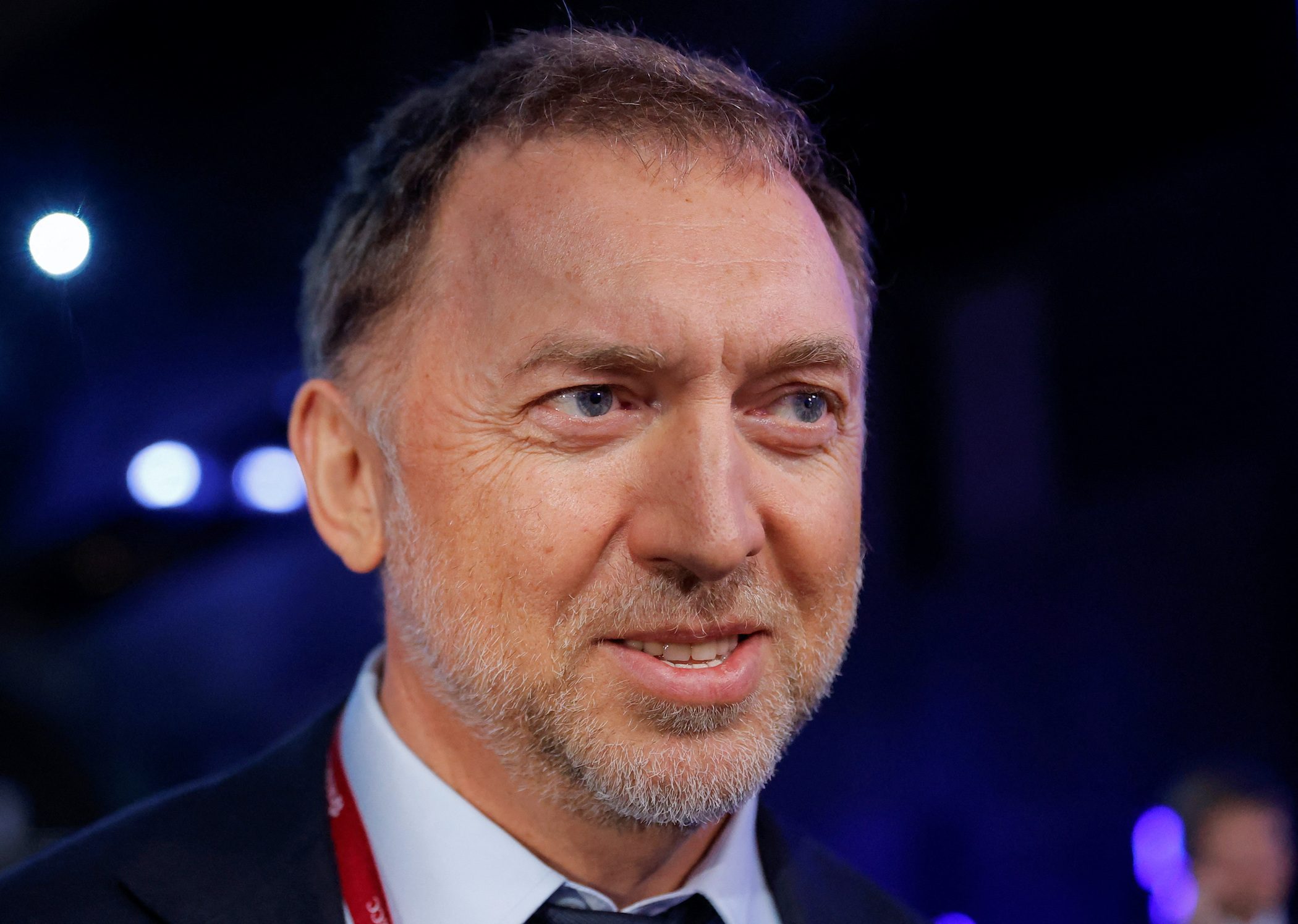 Facebook Twitter Copy URL
Copied
The US Department of Justice says Oleg Deripaska used the US financial system to maintain three luxury properties, and employed a woman to buy a California music studio on his behalf

Deripaska, the 54-year-old founder of aluminum giant Rusal, was among two dozen Russian oligarchs and government officials blacklisted by Washington in 2018 in reaction to Russia’s alleged meddling in the 2016 US election to help Donald Trump become president.

The US Department of Justice said Deripaska violated sanctions by using the US financial system to maintain three luxury properties, and employing a woman to buy a California music studio on his behalf.

Prosecutors said Deripaska also violated sanctions through efforts to have his girlfriend travel to the United States from Russia to bear his children.

“In the wake of Russia’s unjust and unprovoked invasion of Ukraine, I promised the American people that the Justice Department would work to hold accountable those who break our laws and threaten our national security,” US Attorney General Merrick Garland said in a statement. “Today’s charges demonstrate we are keeping that promise.”

Erich Ferrari, a lawyer for Deripaska, declined to comment.

Three women – Ekaterina Voronina, Natalia Bardakova, and Olga Shriki – were also charged in the indictment against Deripaska. Their lawyers could not immediately be identified.

Shriki, a New Jersey resident, was arrested on Thursday morning, and released on $2-million bond after a brief afternoon appearance in Manhattan federal court. She did not enter a plea.

Moscow has called the Ukraine invasion a special military operation and has denied meddling in the 2016 US election.

Deripaska is worth $2.8 billion according to Forbes magazine, and has also been sanctioned by the European Union and Britain.

In blacklisting Deripaska, the US Treasury Department cited his allegedly having acted or purported to act on behalf of a senior Russian government official, and for operating in the energy sector.

Deripaska still owns part of Rusal through his stake in its parent En+ Group. Washington has sanctioned both companies in the past, but no longer does.

According to the indictment, Shriki arranged a $3.1-million sale of a Burbank, California, music studio in 2019 for Deripaska’s benefit.

It also said Shriki and Bardakova arranged in 2020 for Voronina to travel to the United States to give birth to Deripaska’s child, and that another trip was arranged this year so Voronina could give birth again.

The indictment described Voronina’s efforts to rent a home in Beverly Hills, California, and her telling Deripaska that she found one and was negotiating payment.

More than a decade before being sanctioned, Deripaska began doing business with Paul Manafort, Trump’s 2016 campaign chairman, who convinced him to invest in a private equity fund that would invest mainly in Russia and Ukraine.

Following FBI raids in October 2021 of Washington and New York properties linked to Deripaska’s family, Deripaska mocked the idea there was election interference.

“I cannot help but marvel at the utter stupidity on part of the American establishment who persist in spinning this story,” Deripaska posted on social media.

The FBI gave no details at the time about why the raids were conducted.

Manafort was convicted on fraud charges in 2018 and sentenced to seven and a half years in prison. Trump pardoned him in December 2020. – Rappler.com