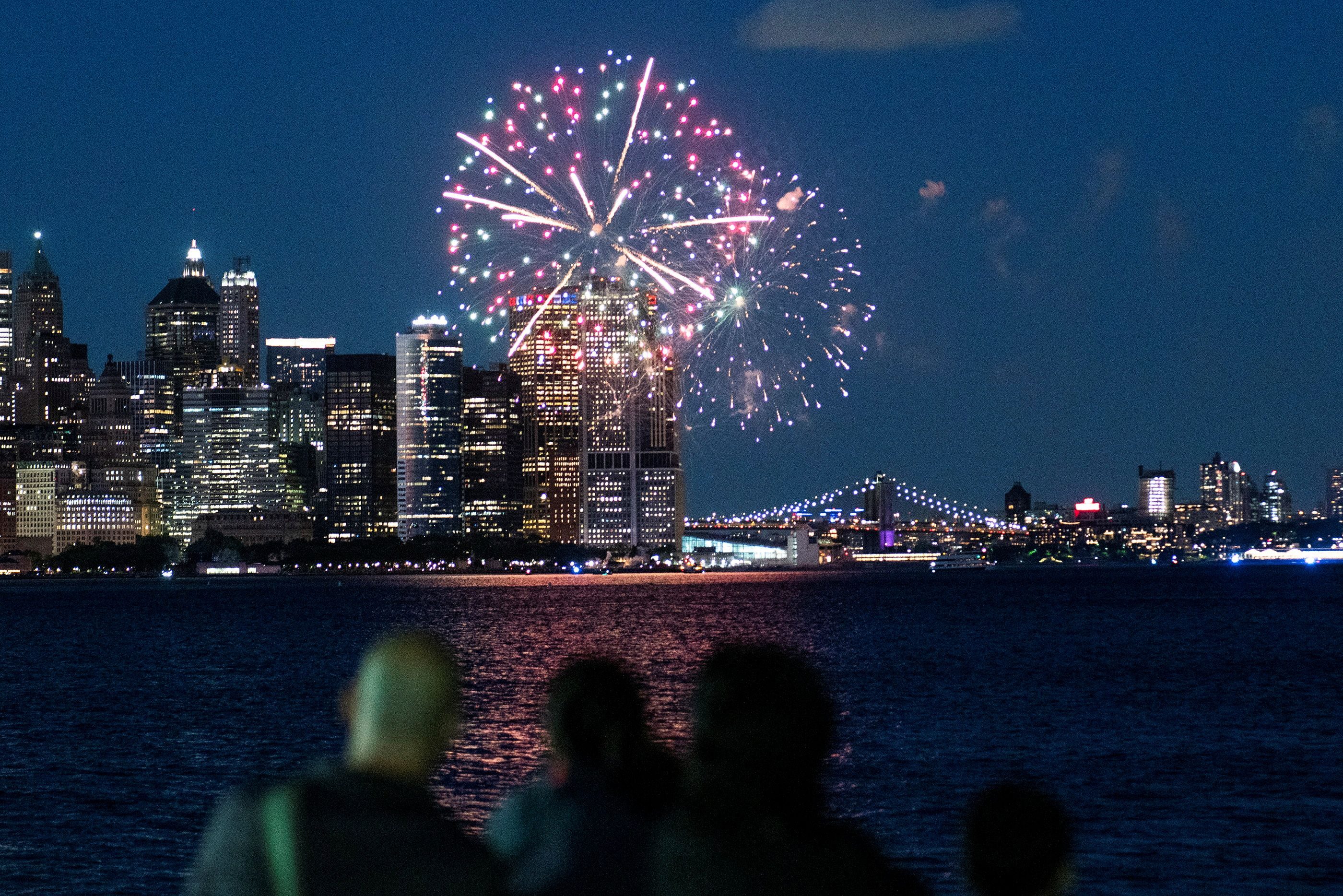 Facebook Twitter Copy URL
Copied
'It is so great to see the reopening of the economy...and to see people out living their lives again,' says US Federal Reserve Chair Jerome Powell

The Federal Reserve on Wednesday, June 16, began closing the door on its pandemic-driven monetary policy as officials projected an accelerated timetable for interest rate increases, opened talks on how to end crisis-era bond-buying, and said the 15-month-old health emergency was no longer a core constraint on US commerce.

Signaling that broad changes in policy may happen sooner than expected, US central bank officials moved their first projected rate increases from 2024 into 2023, with 13 of 18 policymakers foreseeing a “liftoff” in borrowing costs that year and 11 seeing two quarter-percentage-point rate increases.

Seven of the officials see rates moving higher next year, opening the possibility of even more aggressive action.

Fed Chair Jerome Powell, who spoke to reporters after the release of the central bank’s latest policy statement and economic projections, said there had also been initial discussions about when to pull back on the Fed’s $120 billion in monthly bond purchases, a conversation that would be completed in coming months as the economy continues to heal.

All told, Powell’s comments and the new Fed policy statement marked a strong vote of confidence that the US recovery is on track, with even the pandemic – an ever-present fact of life that has conditioned monetary policy since March of 2020 – of diminishing concern.

The policy statement dropped long-standing language that the health crisis “continues to weigh” on the economy. Instead, Fed officials said the influence of COVID-19 vaccinations would “continue to reduce the effects” of the pandemic – a sentiment offered a day after New York state and California lifted most of their remaining pandemic-related restrictions.

“It is so great to see the reopening of the economy…and to see people out living their lives again. Who doesn’t want to see that?” Powell said in a news briefing after the end of the two-day policy meeting, though he noted central bankers would “drag our feet” in declaring any final victory over the virus.

Still, this week’s meeting will be noted as a distinct turn away from the crisis policies the Fed has pursued since the onset of the pandemic, at times crossing into uncharted territory with its broad and open provision of credit to an economy reeling towards a potential depression.

Instead of that dour outcome, Powell said on Wednesday that the talks on the fate of the Fed’s asset-purchase program and the rate increases, whenever they occur, should be seen as a sign of confidence in an economic recovery that has proceeded faster than imagined.

The Fed now expects the economy to grow 7% this year.

“Reaching the conditions for liftoff will mainly signal that the recovery is strong and no longer requires holding rates near zero,” Powell.

US stocks fell after the release of the statement and the economic projections before paring losses, with the S&P 500 index closing down about 0.5%. The yield on the benchmark 10-year US Treasury note rose to 1.58%, from 1.49% before the release, while the two-year US Treasury yield saw its biggest one-day move since February, climbing to its highest level in about a year at about 0.21%.

The new language does not mean a change in policy is imminent: The Fed on Wednesday held its benchmark short-term interest rate near zero and said it will continue for now to buy $80 billion in Treasury securities and $40 billion in mortgage-backed securities each month to fuel the recovery.

Its commitment to further healing of the job market remained unchanged. The Fed reiterated it wanted to see “substantial further progress” in employment before making any policy shift.

The economy remains about 7.5 million jobs short of where it stood at the onset of the pandemic. Fed officials still describe that level as “far” from their goal of restoring maximum employment.

Powell declined to offer guidance on the timing for any future policy shift, emphasizing that more economic data needs to be in hand.

But new economic projections appeared to add some urgency to the Fed’s planning.

Alongside higher growth, prices are also rising. Inflation is now on track to exceed the Fed’s 2% target by a wide margin of 3.5% this year and remain slightly elevated for the next two years, the projections showed.

Overall, Powell said he continued to believe that recent higher-than-expected price increases were driven by the peculiarities of trying to reopen the $20-trillion-a-year machine that is the US economy. Supply bottlenecks were jamming up the production of goods, and a variety of dynamics were keeping some workers out of the job market and pushing wages up for others, he said.

A lesson of the recovery and reopening, he added, is that it is “easier to create demand than bring supply up to snuff,” though markets for products and labor would eventually normalize.

But he also acknowledged the rising risk that higher inflation may persist, a possibility apparent in the relative rush, by Fed standards at least, of policymakers toward an earlier rate increase.

Together, the projections were indicative of a recovery moving faster than anticipated, and justifying discussions about the next phase of policy for the Fed.

“This change in stance jars a little with the Fed’s recent claims that the recent spike in inflation is temporary,” said James McCann, deputy chief economist at Aberdeen Standard Investments. “The pressure is on to explain the change in stance without setting hares running.” – Rappler.com