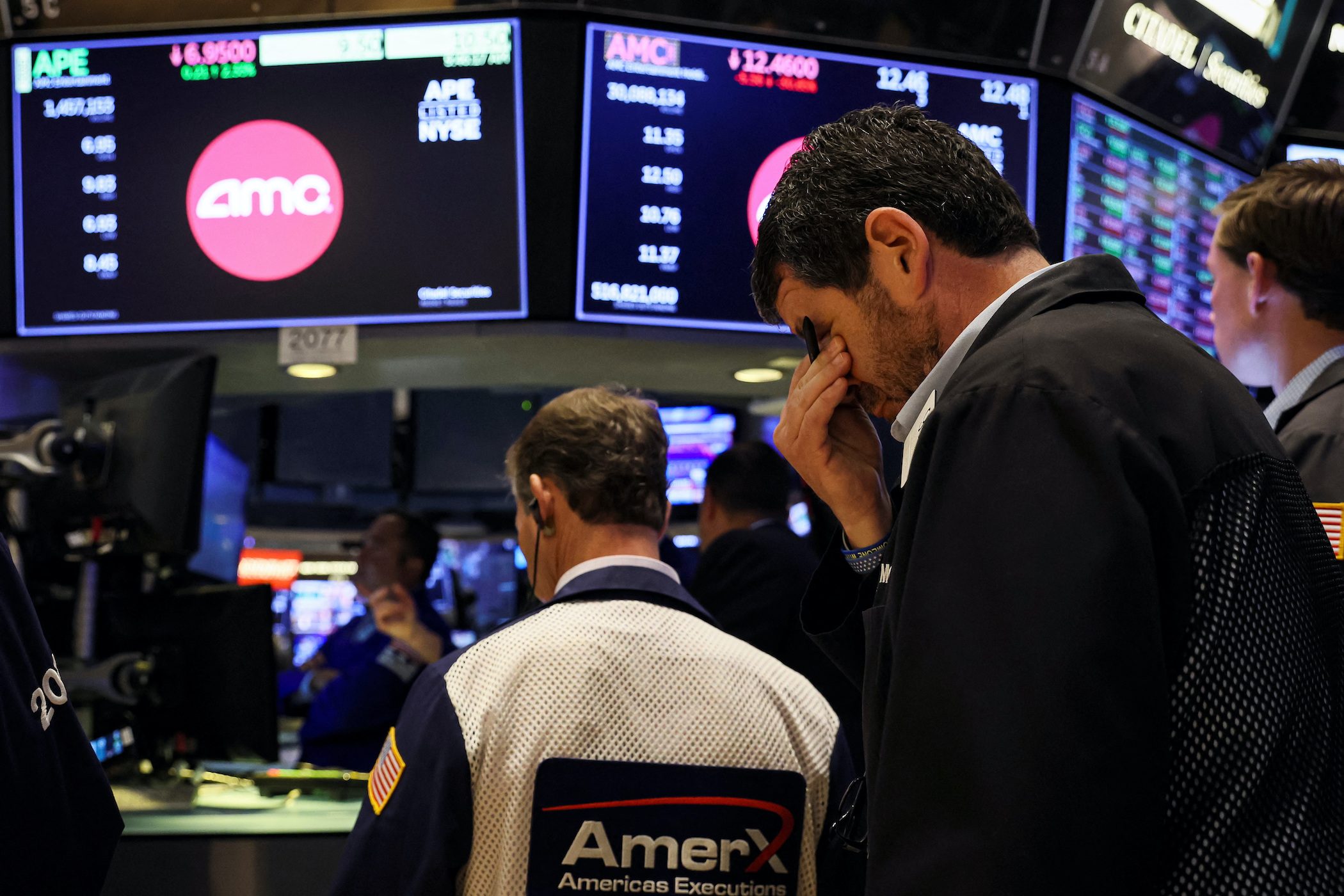 NEW YORK, USA – US shares fell sharply and the dollar surged on Monday, August 22, as fears mounted that central bank efforts to tame rising consumer prices with inflation-busting interest-rate hikes will weaken the global economy and lead to a recession.

Earlier in Europe the benchmark STOXX index for regional shares closed down 1% after Russia’s Gazprom said it would halt natural gas supplies to Europe for three days at the end of the month.

Oil at first fell 4% as traders bet a slowdown would dent demand. But the latest disruption to energy supplies in Europe heightened concerns about the continent’s economic outlook after hawkish signals from European Central Bank (ECB) policymakers. Russian natural gas supplies to Europe are down around 75% year on year.

A closely monitored recession signal – the inversion of the US Treasuries’ yield curve – widened as the market braced for remarks on Friday, August 26, from Federal Reserve Chair Jerome Powell, who will discuss at Jackson Hole, Wyoming, the Fed’s mission to lower inflation.

The dollar strengthened, knocking the euro below parity at 0.9944 and pushing the Canadian dollar to breach 1.30 against the greenback. The strong dollar led gold prices to fall to their lowest level in nearly four weeks.

“Ahead of Jackson Hole the dollar is going to remain relatively firm, even though it’s overextended,” said Marc Chandler, chief market strategist at Bannockburn Global Forex.

Despite a quick shift toward a more hawkish view of the Fed, “the market has this habit of reading Powell to be dovish. So I see the risk of ‘buy the rumor,’ – the rumor of a hawkish Fed – and then sell it ‘on the fact,'” he said.

Fed funds futures are now pricing in a 54.5% chance of a 75-basis-point hike by the Fed in September, instead of the greater probability of a 50-basis-point hike as the market had expected going into the weekend.

A Reuters poll of economists taken August 16 to 19 forecast the Fed will raise rates by 50 basis points in September, with the risks skewed toward a higher peak.

The Treasury yield curve measuring the gap between yields on 2- and 10-year notes inverted to -29.7 basis points after easing a bit last week in a sign recession bets have increased.

“The inverted yield curve is signaling a massive ‘recession’ is upon us,” said Tom di Galoma, managing director at Seaport Global Holdings, in a note to investors. “Yield curve inversions are great predictors of recessions.”

Declining shares outnumbered those advancing by a more than 5:1 ratio on the New York Stock Exchange.

The S&P 500 has repeatedly failed to clear its 200-day moving average around 4,320, a sign it would be pulling out of a bear market.

One exception to the tightening trend is China, where the central bank trimmed some key lending rates by between 5 and 15 basis points on Monday in a bid to support a slowing economy and a stressed housing sector.

Unease over China’s economy tipped the yuan to a 23-month low, while pressuring stocks across the region.

MSCI’s broadest index of Asia-Pacific shares outside Japan fell 0.97%, while its US-centric index of shares across the globe slid 1.8%.

Germany’s 10-year bond yield set a fresh four-week high of 1.314% as a key gauge of long-term eurozone inflation expectations hit a more than two-month high of 2.207%.

The ECB must keep raising rates even if a recession in Germany is increasingly likely, as inflation will stay uncomfortably high all through 2023, Bundesbank President Joachim Nagel said over the weekend.

Oil prices bounced off session lows to trade nearly flat in a volatile session after Saudi Arabia’s energy minister said the Organization of the Petroleum Exporting Countries and its allies could cut production to confront market challenges.