US files USMCA complaint against Canada over dairy exports 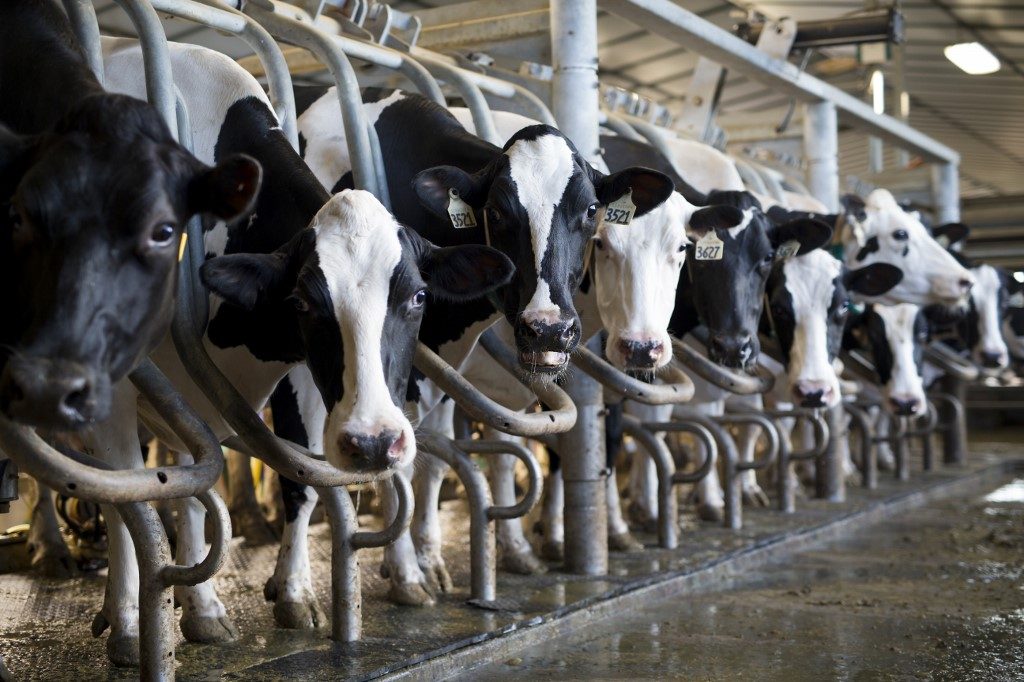 DAIRY TRADE. Dairy cows remain in their holsters as they are milked at Armstrong Manor Dairy Farm in Caledon, Canada, on September 4, 2018.

Canada’s treatment of dairy products was a key sticking point in the talks after President Donald Trump ripped up the North American Free Trade Agreement (NAFTA) signed in 1994 and insisted on a replacement deal.

The USMCA, which was signed late last year and took effect on July 1, sets a quota of products that receive duty-free access, known as “tariff rate quotas” or TRQs.

Lighthizer said Canada is reserving some of the dairy quota for processors, which “has undermined the ability of American dairy farmers and producers to utilize the agreed-upon TRQs and sell a wide range of dairy products to Canadian consumers.”

The US has called for consultations with Canada, but if the dispute cannot be resolved, Washington could call for arbitration under the dispute settlement process.

“We are disappointed that Canada’s policies have made this first-ever enforcement action under the USMCA necessary to ensure compliance with the agreement,” Lighthizer said in a statement.

“This action demonstrates that the United States will not hesitate to use all tools available to guarantee American workers, farmers, ranchers, and businesses enjoy the benefits we bargained for.” – Rappler.com