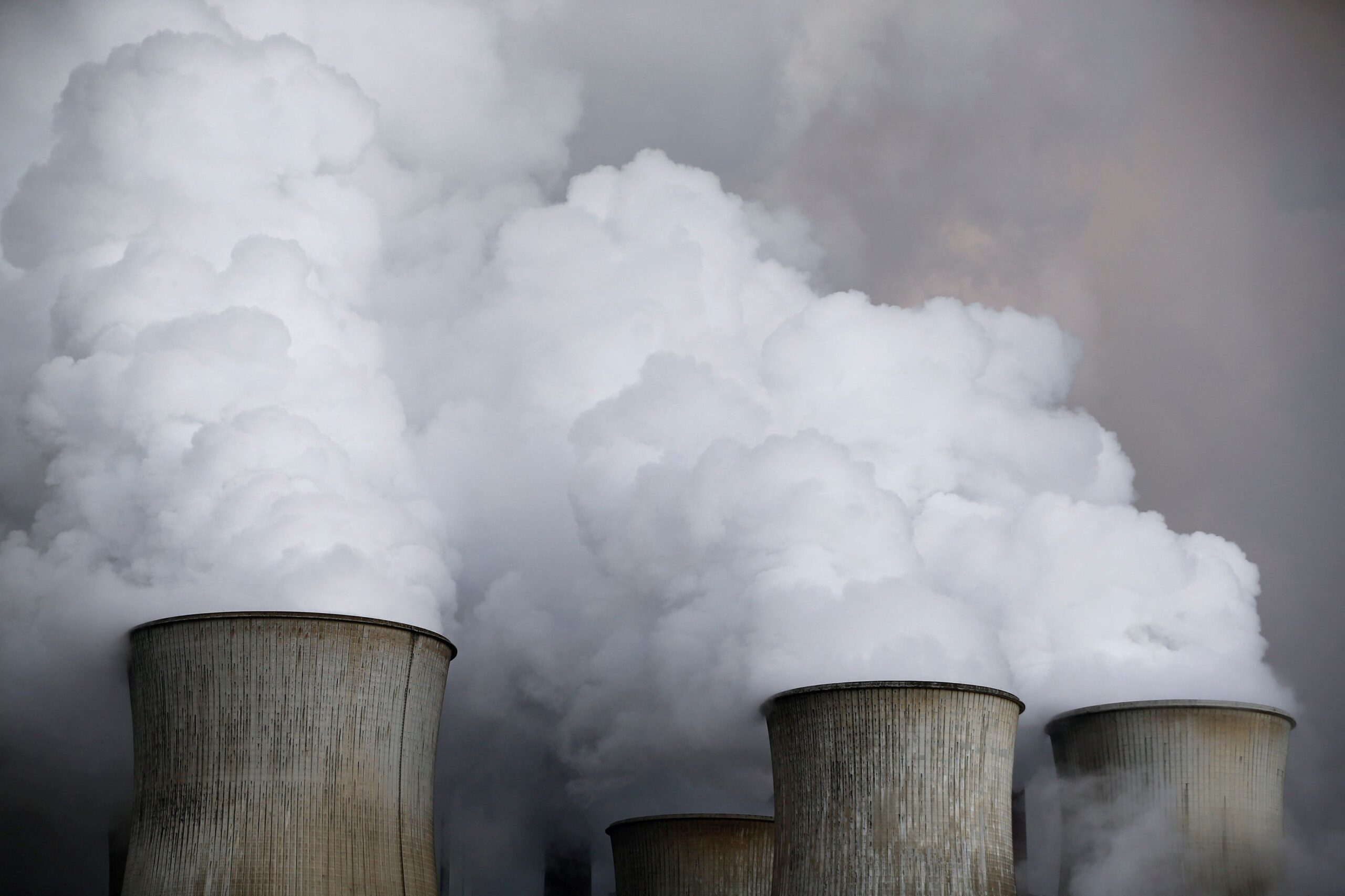 COAL POWER. Steam rises from the cooling towers of the coal power plant of RWE, one of Europe's biggest electricity and gas companies, in Niederaussem, Germany, March 3, 2016.

Facebook Twitter Copy URL
Copied
There are 68 global carbon pricing instruments in operation. But the World Bank says carbon prices in most regions of the world remain below levels needed to drive changes to meet the 2015 Paris climate agreement.

LONDON, United Kingdom – Countries around the world raised $84 billion last year by charging firms for emitting carbon dioxide, up around 60% from 2020 as prices in many schemes hit record highs and a handful of new carbon levies were launched, the World Bank said in a report on Tuesday, May 24.

Several countries are using a price on carbon emissions to help meet their climate goals in the form of a tax or under an emissions trading (ETS), or cap-and-trade, system.

“Such an impressive increase highlights carbon pricing’s burgeoning potential to reshape incentives and investment toward deep decarbonization,” the report said.

There are currently 68 global carbon pricing instruments in operation, compared with 64 when the World Bank issued its 2021 report in May that year, covering more than 23% of global greenhouse gas emissions, up from 21%.

A new carbon tax was launched in Uruguay in January 2022 while three new subnational trading schemes were launched in North America, in Oregon, New Brunswick, and Ontario.

Despite the record highs, however, carbon prices in most regions of the world remained below levels needed to drive changes to meet the 2015 Paris climate agreement, the World Bank said.

“Less than 4% of global emissions are currently covered by a direct carbon price within the range needed by 2030,” the report said.

A report by the High-Level Commission on Carbon Prices indicated carbon prices need to be in the $50- to $100- ton range by 2030 to keep global heating to below 2°C, in line with the Paris agreement.

The value of the voluntary carbon market, where companies buy carbon offsets to compensate for emissions they are unable to cut themselves, exceeded $1 billion for the first time in the past year, the report said. – Rappler.com