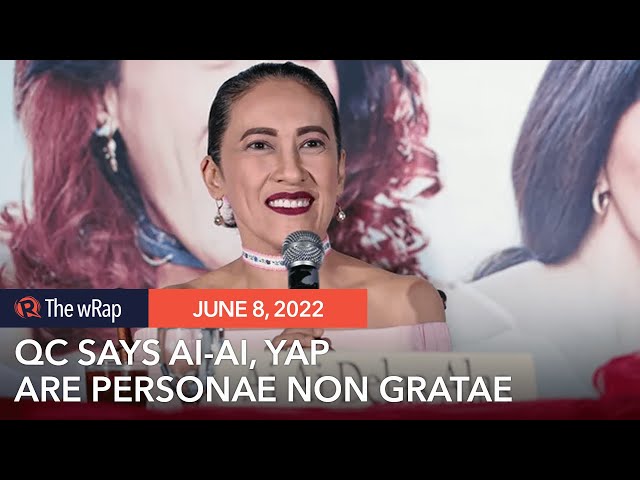 The Quezon City Council on Tuesday, June 7, approved a resolution declaring both the actress and director as personae non gratae over a video posted on Yap’s VinCentiments Facebook page. The resolution was filed by District IV Councilor Ivy Lagman.

On the wall behind her is the city’s official triangular seal, which has been altered to read “BBM SARA” – referring to president-elect Bongbong Marcos and vice president-elect Sara Duterte.

“The malicious and unscrupulous defacing of the official seal of Quezon City ridiculed and casted dishonor to it, causing insult to the noble representation of the seal,” Lagman said.

On her Facebook page, Lagman clarified that the move was not about going against Marcos and Duterte, but about the defacing of the Quezon City seal.

“Maybe this will make all content creators think twice before posting anything on social media such as these videos,” she said.

(Though the declaration “persona non grata” is a resolution and not an ordinance – not attached to any law – we are not taking this lightly. We will give this our attention.)