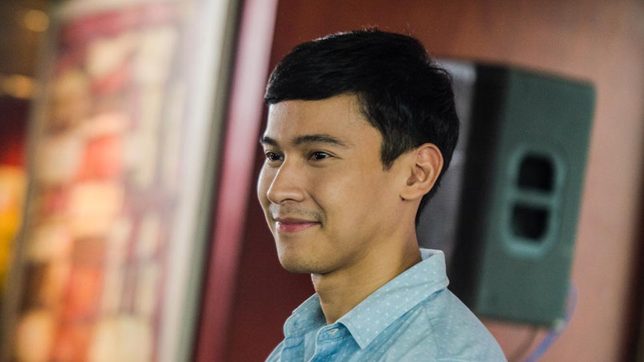 ENCHONG DEE. The actor attends a press conference in 2017.

Lim previously faced backlash over her lavish wedding to businessman Jose French Lim, which was held at the luxury resort of Balesin in July.

People expressed anger over Lim holding an extravagant event in the middle of the pandemic and noted the irony of her representing a marginalized sector.

Among them was Dee, who said in an August 14 tweet: “The money for commuters and drivers went to her wedding. Let’s not prolong this conversation and don’t say otherwise.”

According to Pep, Lim filed a complaint at the Office of the Provincial Prosecutor in Davao Occidental on Thursday, November 11, saying that Dee’s tweet was “defamatory” and “malicious,” depicting her as a corrupt public official.

She said that Dee’s implication that she used public funds for her wedding was “to the detriment and injury to my honor and name.”

Dee’s original tweet has since been deleted, and the actor issued an apology on August 17, saying he had been “reckless” and was taking responsibility for his “lapse in judgment.”

However, Lim said that she didn’t think his apology was sincere.

“He was not sorry to me and for the damage that he has done. He just wants to deflect, albeit unsuccessfully, this criminal charge against him,” she said.

Dee has yet to publicly address the complaint. – Rappler.com