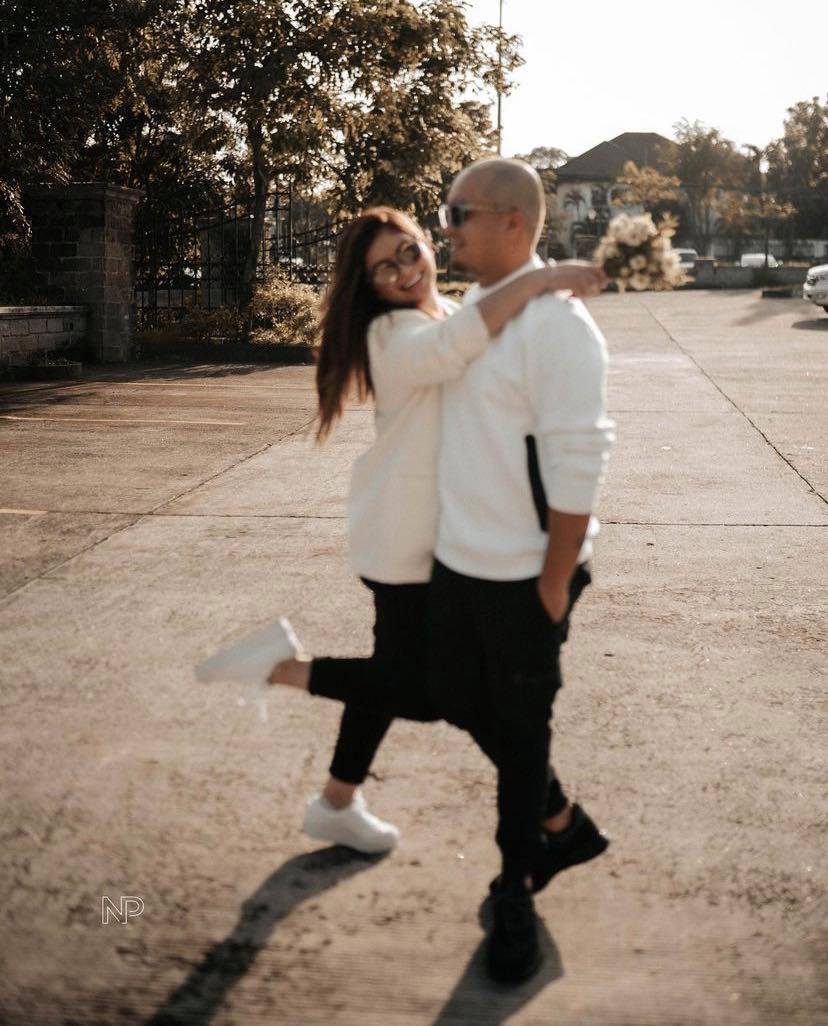 MARRIED. Angel Locsin and Neil Arce have tied the knot.

Actress Angel Locsin surprised fans on Saturday evening, August 7, when she revealed that she finally tied the knot with fiancé Neil Arce.

The couple said their “I do’s” in an intimate civil wedding ceremony that was attended by their family and closest friends.

Let’s look back at how their love story started:

Dating rumors sparked between the two after Neil appeared on Angel’s Instagram profile during the opening of a dermatology clinic in August 2017.

In September, Angel confirmed that she was exclusively dating Neil, but added that they’re not in a relationship yet.

The two attended Erwan Heussaff and Anne Curtis’ November wedding in New Zealand. In one of her Instagram posts from the ceremony, Angel wrote, “Anyday spent with you is my favorite day” and tagged Neil.

“Falling in love with you was the best part of my 2017. Excited to share my 2018 with you,” Angel wrote, sharing a photo of them together in New Zealand during Anne’s wedding.

In February 2018, Angel confirmed that she’s officially in a relationship with Neil. The actress said that being good friends with each other was a huge reason why they had to take their relationship slow.

(We’re really close friends, right? We’ve been friends for 8 years. So we both know what we have each gone through. I guess we’re just careful, we’re careful with each other. Because if we fight, we don’t have anyone else to talk to.

The couple was spotted going on vacations together in South Korea and Japan.

They also penned heartfelt birthday messages for each other.

“To the guy who can charm me from across the room with just a smile, I hope this day brings everything you want and more! Happiest of birthdays, my love.” Angel wrote on Neil’s birthday.

Neil also had lovely words for Angel during her birthday. “Happy Birthday my Love! You’ve lived your life making sure everyone around you is happy and well. You truly deserve every blessing you have received.”

Angel and Neil’s relationship continued to blossom. They traveled to several countries together.

In June 2019, Neil and Angel announced that they were engaged.  “Thank you for allowing me to be with you, take care of you and most of all love you for the rest of my life,” Neil wrote in his post.

Neil also posted a throwback photo with Angel from when they were still just friends in 2011.

The couple was seen vacationing together in Italy and Japan in late 2019.

Angel and Neil planned to get married in November 2020, but they had to postpone it due to the COVID-19 pandemic.

In an interview with Metro.Style, Angel said that they have no qualms about rescheduling the ceremony,  “Better na safe ang lahat at confident na walang sakit, so I think best decision namin na i-move na lang ’yung wedding.”  (It’s better to have everyone safe, so I think that the best decision is to move the wedding.)

Instead of planning for their wedding, the couple busied themselves with relief efforts during the pandemic.

In April 2020, they launched the #uniTENTweStandPH fundraising campaign to address the challenge of overcrowding in hospitals during the pandemic. Neil told Metro.Style that the experience strengthened their relationship.

“It strengthened us kasi (because) we saw that in certain things, even though we disagree, we’ll end up finding a way to fix things… We work well together. The things that she needs, that she can’t do, I can provide. The things that I can’t do or I need, she can provide,” Neil said.

Angel also praised how supportive Neil is. “Ipaparamdam niya talaga na kakampi mo siya (He’ll make you feel that he’s on your side). If you’re suffering, he’s suffering also. Nararamdaman namin na (We can feel that) I’m not alone, he’s not alone, kahit ano’ng mangyari (no matter what happen.)”

The couple also worked together for Iba ‘Yan, an ABS-CBN series hosted by Angel that featured inspiring stories of Filipinos helping each other in the middle of the pandemic.

In September 2020, the couple launched the “The Angel and Neil” Youtube channel where they vlog about their daily lives.

Angel and Neil announced on August 7, 2021 that they got married. In the same vlog, the couple also revealed that they had moved to a new house.

In a separate post, Angel also thanked actress Dimples Romana who served as one of their witnesses for the wedding ceremony.