‘Sadness is overwhelming’: Jessie J opens up about miscarriage 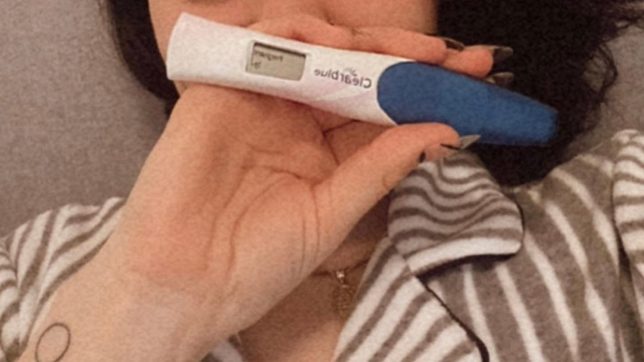 JESSIE J. The singer talks about her pregnancy loss.

Facebook Twitter Copy URL
Copied
'To get pregnant was a miracle in itself and an experience I will never forget,' says the singer

Jessie J revealed that she suffered a miscarriage, after she “decided to have a baby on [her] own.”

In a lengthy emotional Instagram post on Thursday, November 25, the singer posted a photo of her holding up a positive pregnancy test as she revealed that when she had gone for her third scan, she was told that the baby had no heartbeat.

“Yesterday morning, I was laughing with a friend saying, ‘Seriously though, how am I going to get through my gig in LA tomorrow night without telling the whole audience I am pregnant.’ By yesterday afternoon, I was dreading the thought of getting through the gig without breaking down.… After going for my third scan and being told there was no heartbeat,” she began.

The singer continued that she felt like she has “no control of [her] emotions” and she might regret posting about this in the future but she wanted to open up about her situation.

“I want to be honest and true and not hide what I’m feeling. I deserve that. I want to be as myself as I can be at this moment. Not just for the audience but for myself and for my little baby that did its best,” she shared.

Jessie J also explained about her pregnancy. “I decided to have a baby on my own. Because it’s all I’ve ever wanted and life is short. To get pregnant was a miracle in itself and an experience I will never forget and I know I will have again,” she said.

“I’m still in shock, the sadness is overwhelming. But I know I am strong, and I know I will be ok,” she added. “I also know millions of women all over the world have felt this pain and way worse. I feel connected to those of you I know and those of you I don’t. It’s the loneliest feeling in the world.”

However, she confirmed that she would continue performing for her LA show – not because she was “avoiding the grief,” but because she knows that her singing will help her.

“I know some people will be thinking she should just cancel it. But at this moment, I have clarity on one thing. I started singing when I was young for joy, to fill my soul, and self-love therapy, that hasn’t ever changed and I have to process this my way. I know myself and I know I would talk about it on stage because that’s who I am. So instead of a tearful emotional speech trying to explain my energy. This feels safer.”

Jessie J, whose real name is Jessica Ellen Cornish, has also spoken before about wanting to be a mother. In 2018, she explained that her track “Four Letter Word” was about her parenthood aspirations.

Jessie, 33, is best known for her tracks “Price Tag,” “Flashlight,” “Bang Bang,” and “Domino.” She was in an on-and-off relationship with actor Channing Tatum before they announced their split in October 2020. – Rappler.com