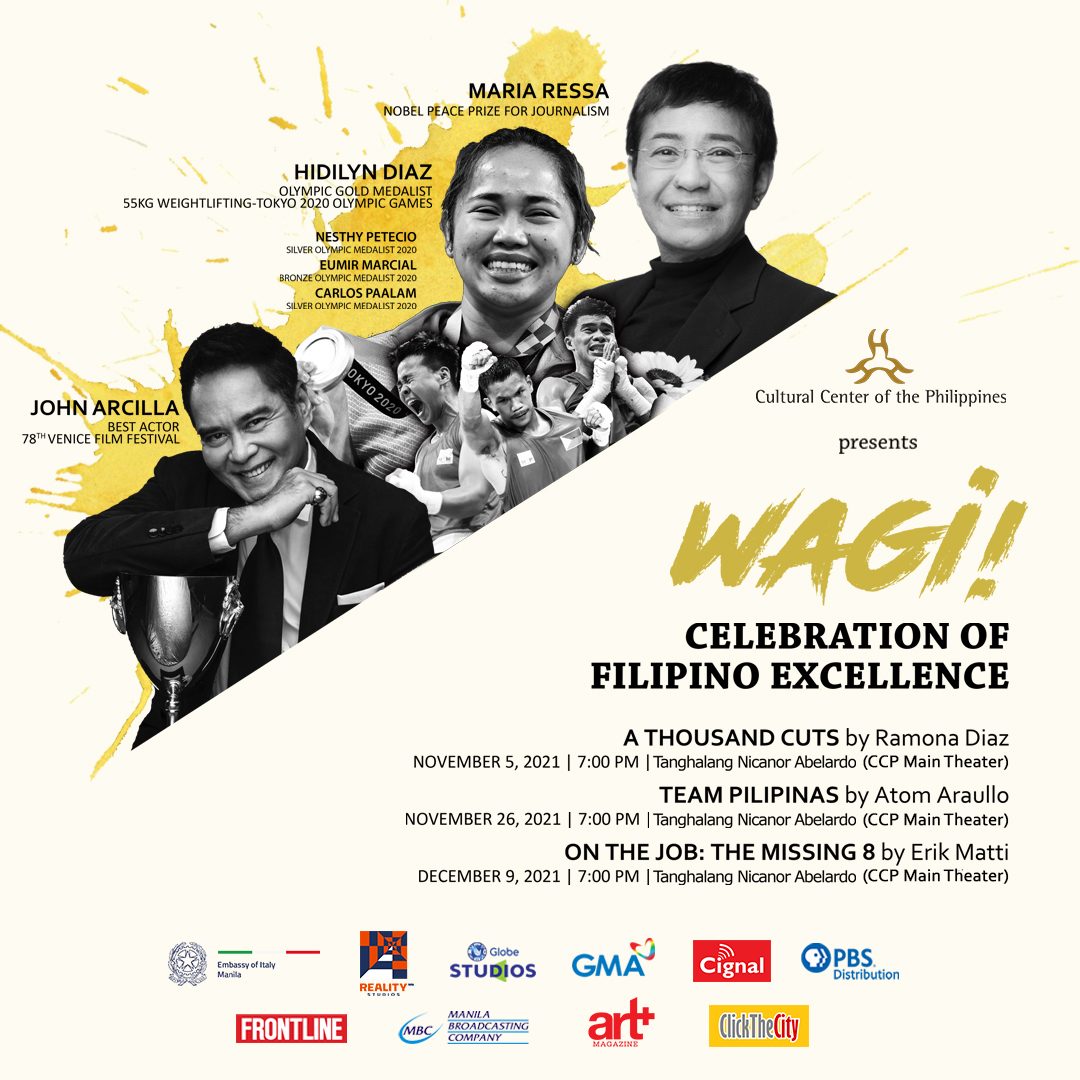 Facebook Twitter Copy URL
Copied
You can finally watch the documentary on Maria Ressa, Rappler, and disinformation on the big screen!

The Cultural Center of the Philippines (CCP) is finally reopening their doors to the public for limited premiere screenings of three Filipino features: A Thousand Cuts, On the Job: The Missing 8, and Team Pilipinas.

To celebrate the theater’s reopening after twenty months of closure, the CCP is hosting WAGI: A Celebration of Filipino World-Class Excellence, happening at 7 pm at the Tanghalang Nicanor Abelardo (Main Theater).

The first film screening will be of Ramona Diaz’s (Imelda, Motherland) award-winning documentary A Thousand Cuts on Friday, November 5. The 2020 Sundance Film Festival entry centers on Rappler CEO Maria Ressa, the first Nobel laureate of the Philippines, and her efforts to uphold press freedom and democracy.

A talkback with Diaz and other media outlets will be held after the screening.

On December 9, CCP will be premiering On The Job: The Missing 8, Erik Matti’s gritty sequel that recently garnered the prestigious Coppa Volpi (Volpi Cup) for Best Actor to lead actor John Arcilla at the 78th Venice Film Festival in September. There will also be a talkback with Matti after the screening.

The Missing 8, which follows Matti’s 2013 hit film On The Job, is centered on three characters: the corrupt radio anchor and commentator Sisoy Salas (John Arcilla), the prisoner-turned-hitman Roman Rubio (Dennis Trillo), and the mayor of the municipality and head of the political dynasty Pedring Eusebio (Dante Rivero).

When Sisoy’s colleagues disappear, he tries to figure out where they have gone, all while the social unrest grows in La Paz as Pedring’s son (Wendell Ramos) takes a crack at securing the vice presidential seat.

The CCP shut down in March 2020 due to the lockdown. On its reopening, only 30% audience capacity will be allowed in theaters. All guests must be fully-vaccinated and be able to present their vaccination card at the entrance. They must also fill up a health declaration form and complete a temperature check.

Guests must always be wearing their face masks and face shields inside the venue. The CCP also has installed air filters around the building, alcohol dispensers, social distancing markers, and contactless ticketing. – Rappler.com