MANILA, Philippines –The year is 2005 – you’re huddled close to the television and giddily watching your mom hook up the Barbie VCDs to the DVD player. The title sequence starts and you’re transported to a magical world. You’re mesmerized by Barbie’s change of outfits, sing along to “I Am A Girl Like You,” and fight your friends over who gets to be which character in your roleplay. Life was simple. Life was pink.

These were the core memories of my childhood that were buried by the different phases I went through growing up. Little did I know that a Barbie renaissance would occur in 2022. This was catalyzed by the classic collection’s Netflix debut and the hype over Greta Gerwig’s upcoming film starring Margot Robbie and the bleach-haired variant of Ryan Gosling. Somehow, this was a sign from the universe to re-awaken my Barbie phase in my 20s, more than a decade since its peak.

Before that, we have to admit that Barbie hasn’t received all love going into the 21st century. With a social climate that values body positivity, diversity, and representation, the slim, blonde American doll was criticized for promoting unrealistic beauty standards. Close to being obsolete, Mattel held on by a thread and eventually had to rebrand Barbie to stay relevant to modern society. They’ve since then introduced more body types for the doll, and have released Inspiring Women collections as their “woke-ification” for the brand.

Yet with all this flak, many concerned parents still revoked Barbie her feminist icon title. In Barbie’s defense, however, she also shouldn’t be reduced solely to her physical appearance. Quoting an argument from the Science Survey, “Barbie cannot shoulder all the blame for societal ills.” Instead, we should recognize the character for what she truly represents for young girls.

I believe I speak for 2000s girls when I say that the Barbie Cinematic Universe (BCU), through the iconic voice of Kelly Sheridan, raised us as empowered women. In a world before the new Wonder Woman, Black Widow, or Captain Marvel, the Barbie movies were part of the few children’s films that were run by heroines. Since releasing their first feature in 2001, the BCU single-handedly carried girl power films for more than two decades  – and they did not disappoint. With that, here are some of the timeless lessons that the BCU has taught us:

“You can be anything” is Barbie’s famous tagline. Despite all her controversies over the years, we can be sure that this motto is one thing Mattel did exceptionally. Since 1959, Barbie has shown young girls that the sky’s the limit when it comes to their self-expression and passions. Barbie has played various roles ranging from popstar to spy, musketeer, superhero, surfer, and even space princess throughout the filmography of the BCU.

The movies also taught us to embrace our individuality, showing how girls can be different depending on their interests. Who could ever forget the 12 Dancing Princesses who had their own unique quirks? There were the acrobatic twins, equestrian Blair, bibliophile Courtney, and the insect-loving Janessa. Perfectly stated in Fairytopia, “What makes you different makes you special.” 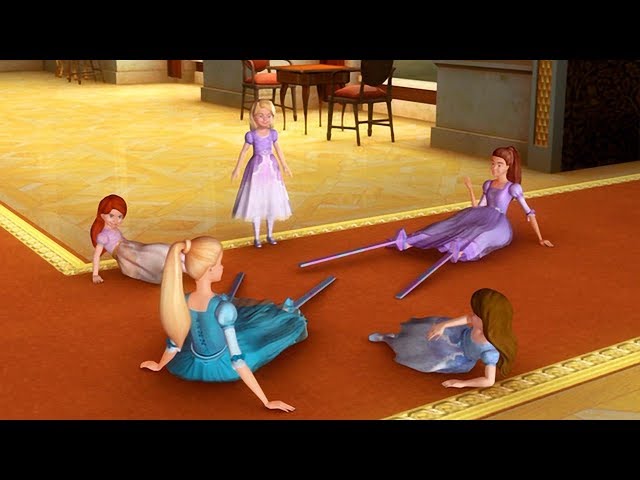 Contrary to the pick-me girl belief, having a distinct personality doesn’t mean one girl is better than others. In fact, Princess and the Pauper celebrates the “I’m just like you, you’re just like me” mentality. Despite living opposite lives, princess-slash-science geek Anneliese and singer Erika formed a bond over their mutual desire for freedom.

When breadwinner Blair Willows got chosen to enter the Princess Charm School, she was hesitant that a waitress like her wouldn’t fit in in the prestigious institution. Instead of saying no, she embraced the life of gowns and tiaras with the help of her kind-hearted roommates. The films emphasize that we can always find common ground in our values and matters of the heart. 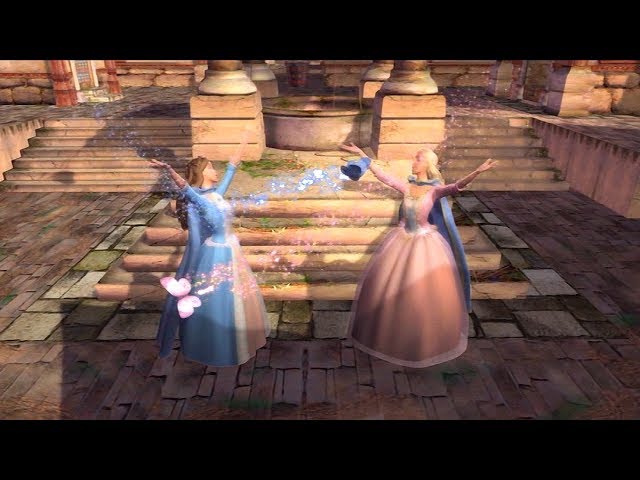 One thing I noticed about Barbie in her movies is that she’s very outspoken when she needs to be. She’s not afraid to call out the bad guys and doesn’t think twice about standing up for what’s right. As opposed to the traditional “Maria Clara” upbringing of Filipinas, Barbie shows us that we can use our voices to be heard in a patriarchal society – even when it’s not easy sometimes. 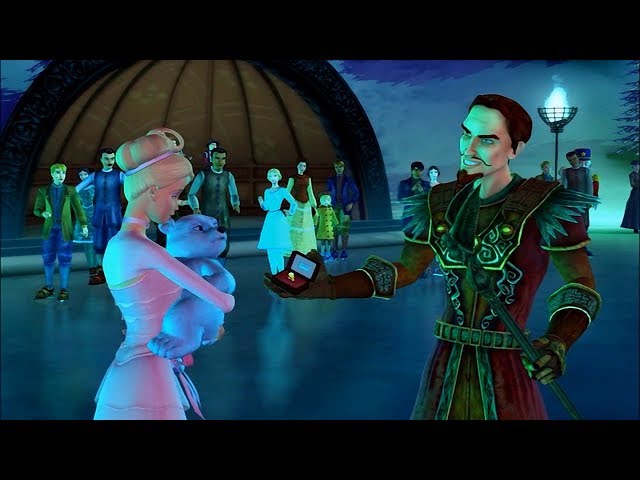 Women are complex and nuanced

Another thing to admire about the BCU is that it doesn’t box the ladies into the perfect “goody-two-shoes” trope. The films showed that even women can have complex feelings, motivations, and character flaws.

Some go as far as becoming a villain, while some are in-between. Delancy from Princess Charm School and Eden from A Christmas Carol both had redemption arcs, journeying from anti-heroines to misunderstood characters who actually have hearts of gold. The movies acknowledge that people can be steered to the wrong paths by negative influences, but it’s never too late to change. 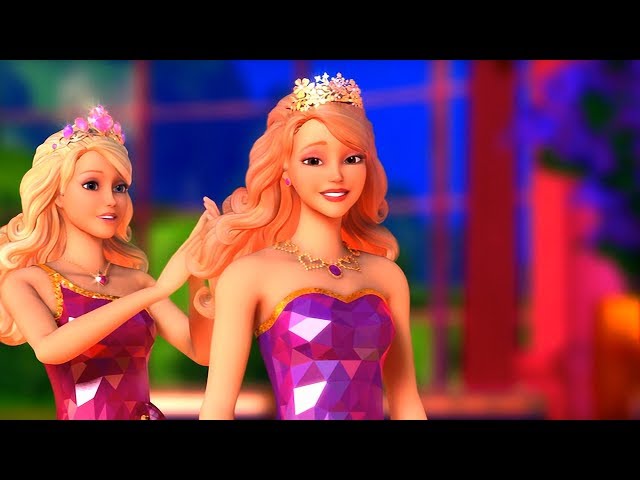 Being unmarried doesn’t make you a spinster

Unmarried women are visible in Barbie – and often, they are the coolest characters in the movies. The president of the single ladies club has to be Aunt Elizabeth from Nutcracker. From the get-go, she encourages Clara to explore the world’s wonders as she tells her about her hiking the Great Wall of China. Even if their grandfather criticized her for “traipsing over the globe rather than staying put like a sensible person,” Aunt Elizabeth is #travelgoals, everything a 20th-century girl dreams to be. 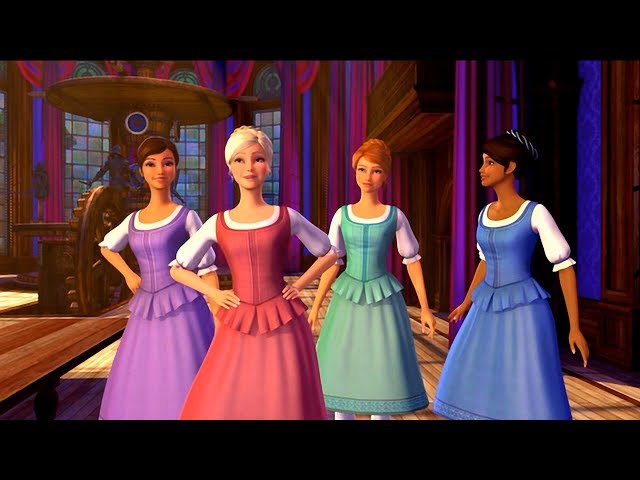 Friendship and sisterhood are forever!

The theme of sisterhood is one that is very underrated in Hollywood. But in the BCU, Barbie regards her friendships and sisterly relationships as even greater than romance. They show little girls what healthy friendships should be like. Barbie even addresses jealousy and gatekeeping of friends in the Island Princess: “If we make room for someone new, doesn’t mean that there’s less for you, only means our circle has grown.” 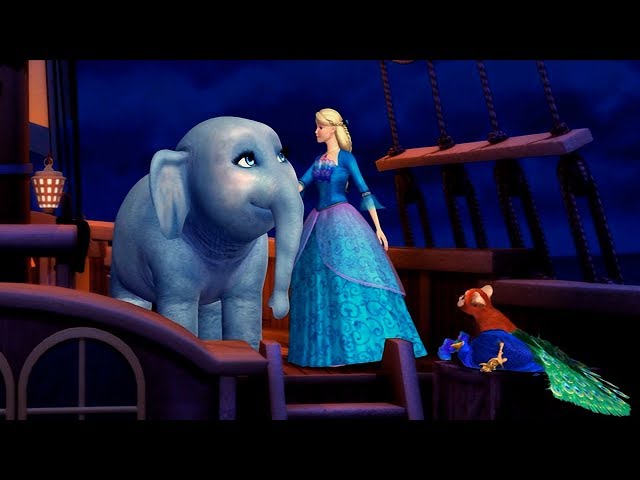 Liana and Alexa in Diamond Castle depict the most intimate best friend bond in the films. They don’t have much, but they share their love for music with each other. Even when their relationship was put to the test, they remind us that “friendship is the true treasure.” Who doesn’t dream of living in a garden cottage with their bestie? 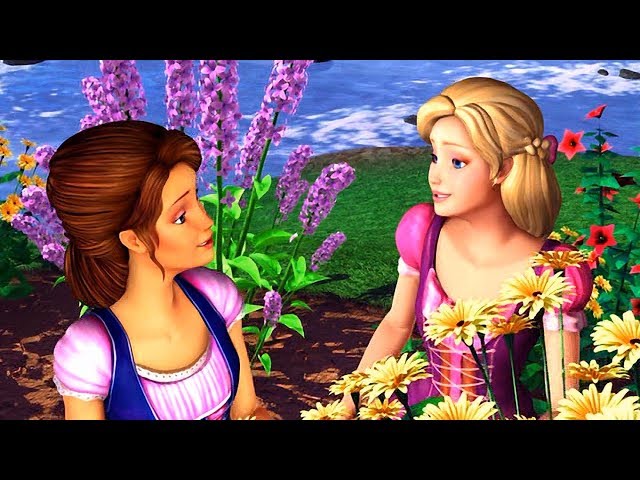 Another thing that the BCU does right is that it always focuses on the female heroine (as it should!). We all know Barbie is no damsel in distress, but even the princes and the “Kens” can’t take screen time and character development away from her. Unlike most superhero movies in the 2000s, the men take the back seat while the women are out saving the day. 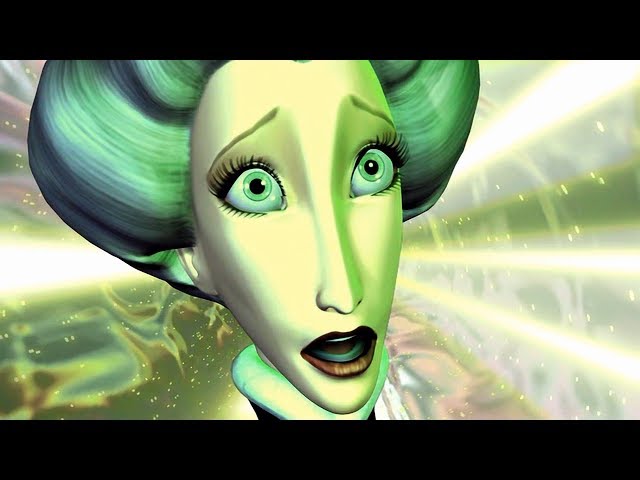 The movies emphasize how Barbie defeats the villains in her own ways. In Rapunzel, she single-handedly trapped Gothel into her own enchantment using her wit and intelligence. In Mermaidia, Elina courageously saved Prince Nalu and the ocean kingdom, even if it meant sacrificing her life as a fairy forever. These instances show how girls can fend for themselves. More importantly, it tells us that our adventures in life go on, with or without a man.

…But that doesn’t mean you can’t fall in love

Just because we’ll be alright without a beloved, doesn’t mean we can’t have one. When the swoon-worthy King Dominick proposes marriage to Erika in the Princess and the Pauper, she earnestly turns him down to fulfill her dreams with her newfound freedom. Perhaps the most romantic scene in BCU history is when Erika decides to come back to her beau after months of traveling, realizing it’s with him where her heart belongs. 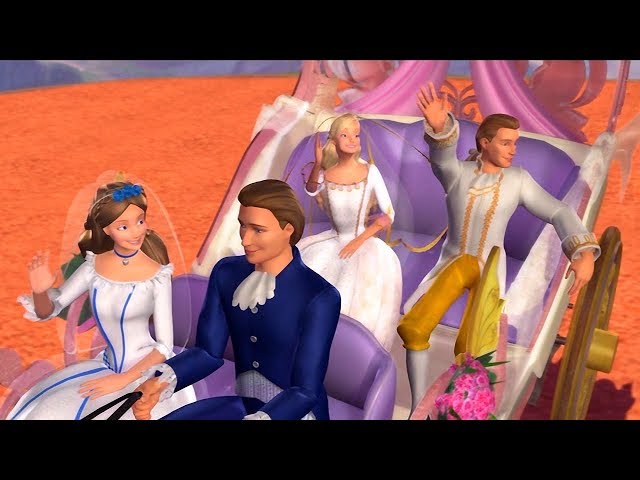 This movie gave us the most iconic quote of all: “Sometimes being free means choosing not to go, but to stay.” The key word is that we all have a choice when it comes to love and our personal aspirations. Choosing one over the other won’t make you any less of a woman.

True strength is rooted in love and compassion

Finally, the BCU taught young girls a different definition of strength. When society tells us to be strong, it often means holding back emotions, leading with an iron fist, and showing no mercy. These are the qualities that weren’t attributed to women because we’re instead seen as soft, emotional, and naive.

Instead of adjusting to the man’s definition of strong, Barbie transcends these “feminine” qualities and uses them as her greatest strengths. In Magic of Pegasus, Annika gets caught up with hatred towards the villain Wenlock and asks the wand of light to destroy him. In the end, she realizes that the magic only works when she uses its power in the name of love, and never in anger. The gentle strength of the Barbie characters allows them to show compassion even to their worst enemies. This tells us that leading with love and kindness doesn’t make you weak, but rather stronger. 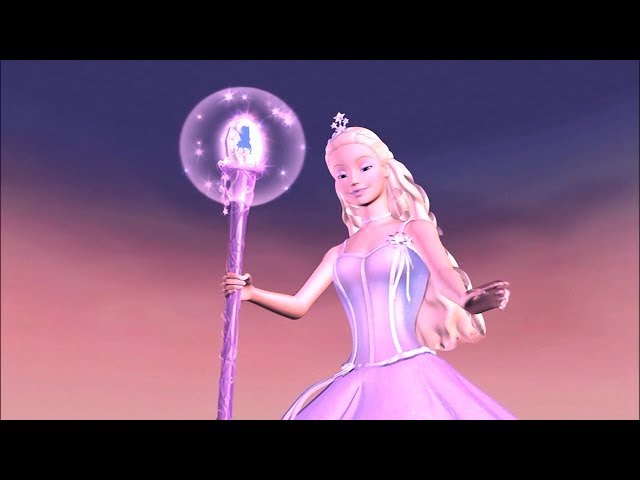 Throughout the years, Barbie has constantly trailblazed feminism that empowers young girls to be, and accomplish anything within their imagination. Barbie should be part of every girl’s childhood not just because of the stunning visuals or the musical bops, but because of the timeless lessons that hit even harder in adulthood. The Barbie franchise thought they were raising little princesses. But actually, they raised a generation of empowered queens. – Rappler.com