Facebook Twitter Copy URL
Copied
The film could’ve been funny, maybe wanted to be funny, but tone-wise, it couldn’t decide what kind of thing it would lean into

MANILA, Philippines – The film M3GAN opens with two sequences. The first is a parody of toy commercials that has a fuzzy-ugly stuffed toy with tamagotchi features. It tries to be funny, and succeeds moderately, relying on snark and sarcasm more than wit. Then there’s a by-the-numbers violent tragedy that introduces us to Cady (Violet McGraw), who is the main child character of the film.

Orphaned, Cady is left in the charge of her Aunt Gemma (Allison Williams), who is a toymaker, and given her behavior through the majority of the film, Gemma might as well be an automaton herself. Though to be fair to Williams’ performance, most of the characters in this movie are written in such broad strokes that it’s hard to see any of them as real people. Apart from Cady, who gets to have some quiet scenes as well as outbursts, everyone seems to be playing a pretty pre-programmed set of functions. 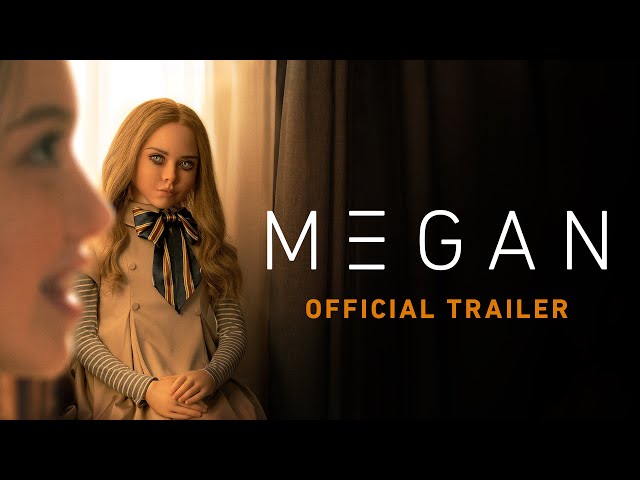 Which gets us to M3GAN. In the wake of Cady’s parents’ deaths and Aunt Gemma’s inability to act remotely human in the situation, Gemma introduces Cady to M3GAN. Where Gemma was supposed to be developing some other toy, she instead has created an android with powerful AI that can replace both friends and parents (yeah, you’re supposed to believe that). M3GAN is “paired” with Cady, and becomes her best friend. Except of course, AI can be bad, neighbors and other children are awful, corporate overlords are the truly evil ones, and horrific antics ensue.

One thing I do like about M3GAN is it attempts at this concept. It’s kind of perfect in its timing, what with all the conversations we are (or should be) having around things like self-driving cars, ChatGPT, and other AI to which we are assigning important tasks to. This is alongside the film’s main commentary, where a lot of parents are turning technology into their children’s primary caregivers and educators.

And before I go too far getting on a high horse here, I think that it’s totally okay for parents to use technology to help raise their kids. But there is a balance and it’s smart that M3GAN basically decides, screw that balance, let’s just go for what happens when your AI best friend acts in a more human way than your actual human.

The thing I struggle with is, as you can probably tell by my description of the first couple sequences, the film isn’t particularly smart. And it doesn’t really aspire to be. There are a lot of great things they could’ve done with the ideas, and instead they’ve come up with the most predictable ways for this story to go, and they just followed those ideas. Even though there are some truly delicious science fiction ideas here, it sidesteps actually dealing with them.

The movie, at least in my way of trying to classify things, becomes for the most part, a kind of modern fable. That’s fine, especially as a horror flick. So you throw out a lot of “how this would actually work in real life” and accept that these events are happening and these people are acting in this way because the story wants to teach us something. If I accept that, then my problem then becomes, it takes so long to get to where this movie wants to go.

I know and understand that movies need to take time to set up, that there are relationships that need to be established, and so on and so forth. But really, because all of it is so standard and predictable, I was just impatient to get to what we all want to see in a movie like this anyway: a creepy crazy-looking android thing going crazy and killing people. I admit, it’s a morbid thing to lay out there, but any horror fan will admit, the creativity in the kills, the way that the movie balances the creepiness, that’s all part of the joy of watching a flick like this.

On that end, this movie does deliver, albeit a bit too sparingly. I just wanted more of the fun killer robot stuff. There’s a fair amount of the creepy stuff. The lights turning on and off. The sudden appearances/jump scares, the voices with insinuating tones, the use of “cute” music for ironing and sometimes sinister effect.

And there are some fun bits here. Apart from Cady and M3GAN developing a pretty interesting dynamic, I also enjoyed the B-story of the toy company CEO, played by Ronny Chieng, trying to push this product launch forward. It’s a silly role, in a silly movie, and Chieng plays it perfectly over the top. He captures the humor that I feel the whole was aspiring to.

I suppose that’s where I wind up with this movie. Even as I write this review, I know that it’s got over 90% scores on the meta-sites and I know that people are going to watch and enjoy it. What I see here is both what’s there and what could have been. The story’s thin and what they did in an hour and forty could have easily been a tight 45-minute episode of something. The film could’ve been funny, maybe wanted to be funny, but tone-wise, it couldn’t decide what kind of thing it would lean into. It’s fun in spots, it has a lot of stuff here that is meme-ready. But it’s a pretty middle-of-the-road piece of horror. – Rappler.com