Cinemas are back: Here are the safety protocols required for PH malls 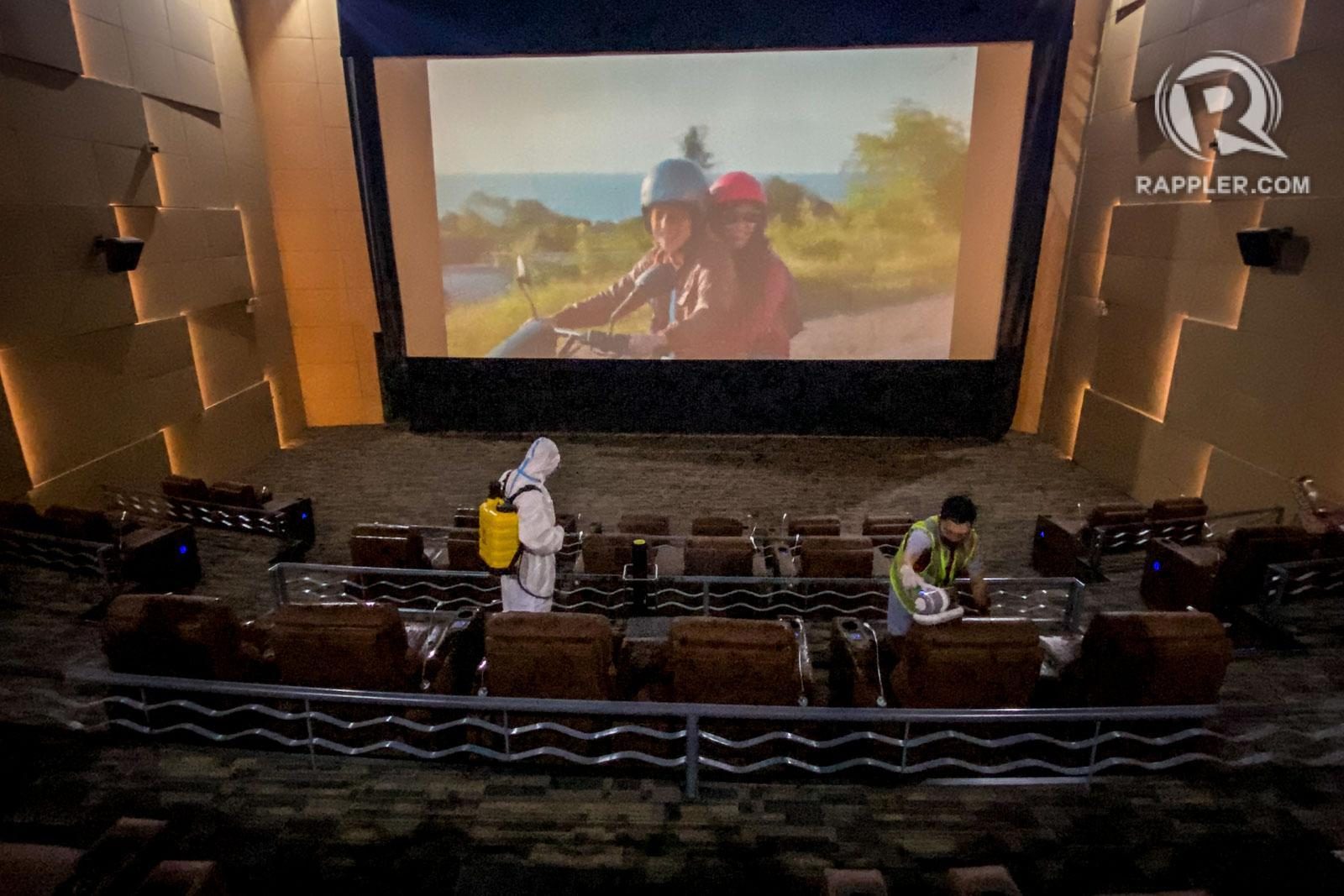 Workers disinfect a movie theater in Libis, Quezon City on Thursday, October 14, as it prepares to reopen after the IATF eases Metro Manila to Alert Level 3.

Facebook Twitter Copy URL
Copied
You can finally watch on the big screen again – but no popcorn just yet!

Now that cinemas and movie theaters in the National Capital Region (NCR) are allowed to re-open under Alert Level 3, the excitement of moviegoers, mall operators, and the cinema industry is palpable; however, this excitement also comes with valid apprehension. After being shut down for a year and seven months, the theater industry is intent on giving customers a safe, secure moviegoing experience amid the ongoing threat of COVID-19.

Guests can soon watch blockbusters on the silver screen again, but with several restrictions and safety measures in tow per mall. According to IATF-mandated health standards, only fully-vaccinated people will be admitted and all theaters will be limited to at least 30% capacity.

Along with the IATF’s rules, The Cinema Exhibitors Association of the Philippines (CEAP) has developed a standard set of protocols called “Sa Sine Safe Ka,” which is tailored after the US’ “CinemaSafe” measures, developed by the National Association of Theatre Owners (NATO) and endorsed by epidemiologists as “a comprehensive effort to identify potential risks, and reduce them.”

The standard protocols being implemented by malls nationwide include:

The CEAP also advised individuals who aren’t feeling well to skip the cinema and stay at home, as consideration to other moviegoers.

Other malls may have their own set of rules in addition to the “Sa Sine Safe Ka” protocols, like Power Plant Mall and Santolan Town Plaza, where guests will be required to fill out a health declaration form prior to ticket purchase. The staff will also be disinfecting theaters for an hour after every screening using UV light and misting machines.

The official re-opening dates of theaters will be determined according to their respective malls. – Rappler.com