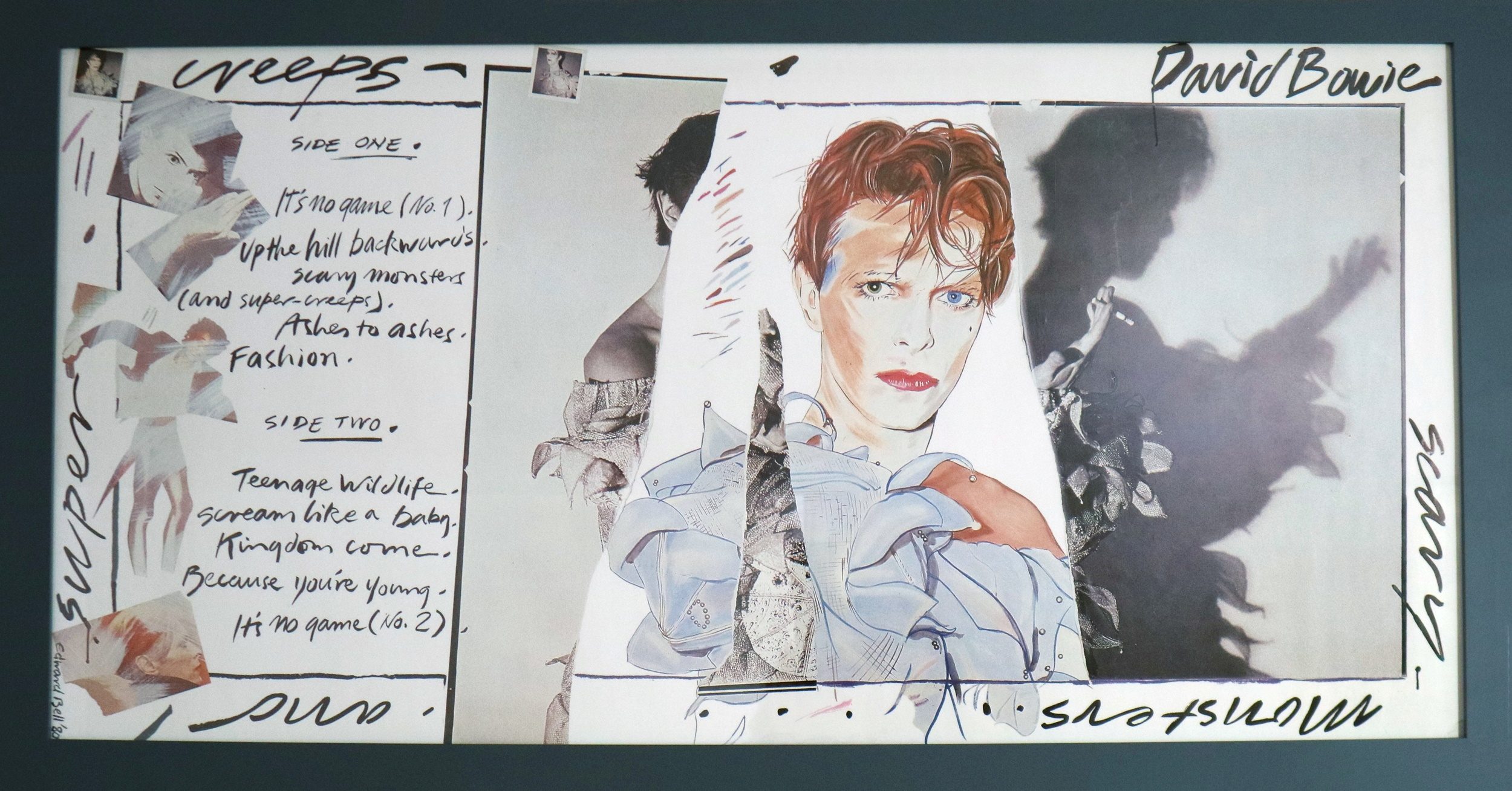 From artwork proofs for 1980 hit “Fashion” to previously unseen photographs, a selection of David Bowie memorabilia goes to auction on Friday, July 16 from the private collection of an artist who worked with the late music star.

Edward Bell designed the cover for Bowie’s 1980 album Scary Monsters (and Super Creeps) and also worked with the pop chameleon during his Tin Machine band period.

The “David Bowie Collection of Artist Edward Bell” sale, run by auction house Halls Fine Art of Shrewsbury, features 139 lots, including portraits of Bowie as Lazarus as well as in a toga.

Some of the items on sale are inscribed by Bowie, who died in 2016 from cancer. “The rarity of the items is outstanding and I really feel that each lot is a chance to take home a piece of pop history,” Halls Fine Art specialist Abigail Molenaar said. The online auction starts on Friday and runs until Aug. 1. – Rappler.com