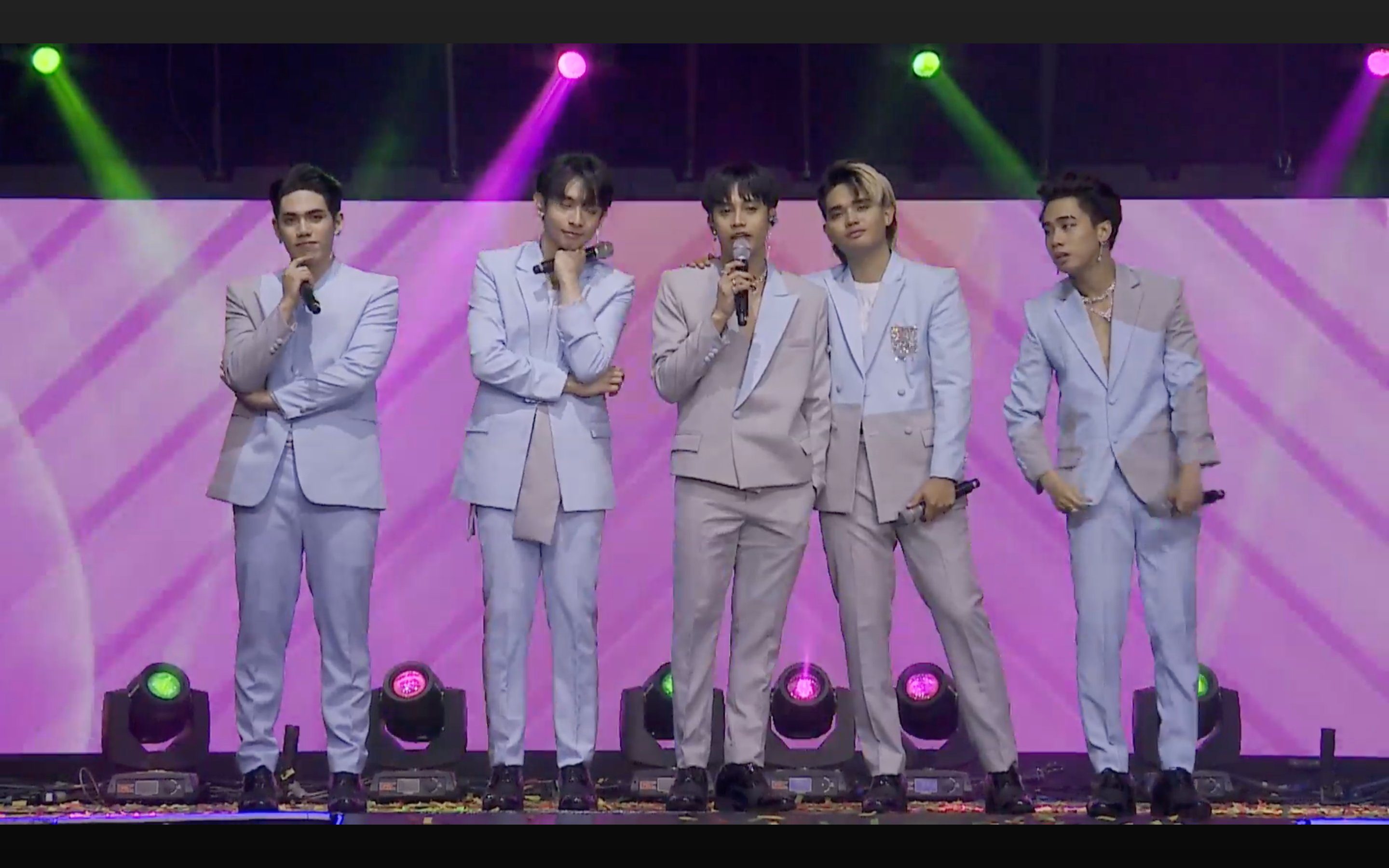 OUR ZONE. SB19 marks their third anniversary with a digital concert.

Not even the COVID-19 pandemic could stop SB19 from giving a powerful live concert experience.

The five-piece P-pop group was supposed to end “Get In The Zone,” their first nationwide concert tour, at the Araneta Coliseum in 2020, but this got canceled due to the global pandemic. This year, they got to make up for it – and how.

On Saturday, November 27, SB19’s dreams of performing at the Big Dome, a stage that has witnessed some of the biggest international and local concert acts in the country, finally came true.

While the health crisis may have tweaked their initial plans of filling up the Araneta Coliseum with ever-zealous A’Tin, the first night of their “Our Zone” concert still sees SB19 in a series of powerful performances, stunning outfits, and incredible production numbers that radiate even online.

Dressed in black soldier-type ensembles, SB19 opened the concert with a dynamic performance of “Mana.” This was then followed by their debut single “Tilahula,” and “Go Up,” the track that catapulted them to fame, but with a new musical arrangement.

The setlist for the first night mostly consisted of tracks from their latest album, Pagsibol,  as the group also performed “What?,” “MAPA,” and “Bazinga.”

Fans were also delighted to see SB19 do covers during the concert. The group collaborated with guest AC Bonifacio for a cover of Bruno Mars’ “Uptown Funk,” and they also performed a medley of NSYNC hits “Bye Bye Bye” and “It’s Gonna Be Me.” The SB19 members said that it was one of the most requested stages by their fans.

But the definite highlight of the concert’s first night was the debut of two new songs.

“Nyebe,” a rock ballad written by Pablo, showcases the group’s vocal range as they emotionally sing about despair, longing, and hope. The heart-wrenching ballad is another addition to their growing list of moving and mellow tracks.

Meanwhile, “Ligaya” is SB19’s feel-good Christmas song, which highlights the Filipino practice of appreciating and loving our families and friends.

In between their performances, the SB19 members also reminisced about their three-year career. “Maraming salamat A’TIN sa tatlong taon na pagsabay sa aming pag-lipad. Sana hanggang dulo, diba? (Thank you so much A’TIN for being with us for the past three years. Hopefully you’ll continue supporting us, right?),” Josh said.

(We’re here because of you, A’TIN. And I hope that you’ll always be with us and continue to support us in our journey because it’s just the beginning. I believe that a bigger stage awaits us and I hope you’ll still be by our side by then.)

The nostalgia factor was definitely pronounced when the group performed SLMT. Already a special track given that it’s SB19’s tribute to their loyal A’TIN, on Saturday, it was the group’s turn to be surprised by their staff and fans.

The chill, mid-tempo song stopped in the middle of the group’s performance as messages from mentors, former ShowBT staff, past workmates, relatives, and fans from different countries started playing onscreen – a surprise which left most SB19 members in tears.

(Before we became the SB19 that we are today, a lot of people had already helped us. They’re the reason why we’re here right now and why we’re the SB19 that you know…. They served as our strength and inspiration to continue in this industry.… We want to give them honor and thanks.)

After an emotional wrap-up, the group returned to the stage for an encore performance of “Go Up,” as they roamed around the concert arena while thanking the fans.

As digital concerts have become the new norm, it’s easy for events to end up looking, sounding, and feeling the same. But “Our Zone” proves that SB19’s passion, grit, humility, and dedication will always result in a remarkable show. – Rappler.com