MANILA, Philippines – A’TIN, the moment we’re waiting for is here! After days of teasing fans, P-pop powerhouse SB19 confirmed that they’re releasing a new single called “WYAT [Where You At]” ahead of an upcoming tour.

Described as a “disco-pop track that highlights the urgency of disconnection to reconnection of the times,” “WYAT [Where You At]” will be available on all streaming platforms on September 2, alongside the release of its official music video.

The upcoming single marks SB19’s first new material as a group since July 2021, when they released their EP Pagsibol. 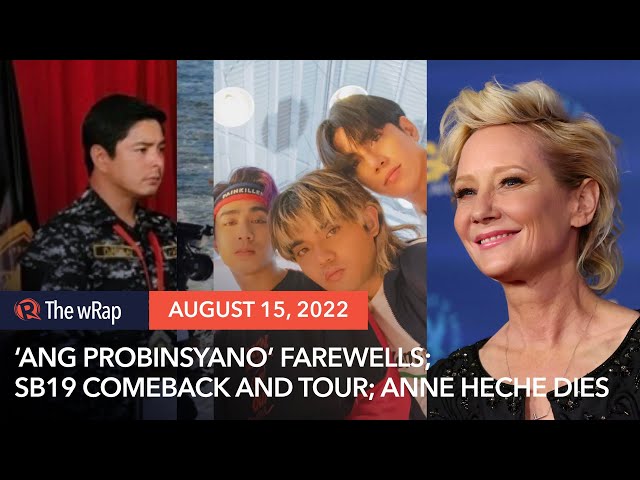 “It’s been a year, the word ‘hiatus’ may sound negative but we took it from a different perspective. We maximized the opportunity to think more as to what we can improve on, how we can prepare for our comeback,” member Stell said in a press release.

A’TIN are in for a treat as aside from the single, SB19 is also set to embark on a local and international tour beginning in September. The WYAT (Where You At) tour will kick off on September 17 at the Smart Araneta Coliseum. Ticketing details for the concert have yet to be announced.

Tickets will be available starting August 18, with prices ranging from P1,000 to P5,500. An additional perk of a live soundcheck access is also available for VIP Standing ticket holders.

Additional details about the other stops for the concert tour have yet to be provided, but it is said that the group will head to Clark, Cebu, and Davao, among others, for a series of shows. They will then fly to the United States, United Arab Emirates, and Singapore in October.

Ken said, “We are thrilled to be releasing a new song for our fans. Bigger, better. I hope that A’TIN will appreciate at best the work we’ve done for our upcoming tour.”

“This will be the first time for us to be going out of the country for our own concert,”

Josh added. “We’re excited to meet our international fans. If I may put it: we were caterpillars inside cocoons when we were just starting and now, we’ve turned into butterflies ready to spread our wings!”

The five-member music sensation, formed in 2016, comprises members Josh, Stell, Ken, Justin, and Pablo. SB19’s other hits include “SLMT,” “Hanggang Sa Huli,” and “Mana.” In July, the group made it to Teen Vogue’s “Favorite Boy Bands of All Time” list. – Rappler.com