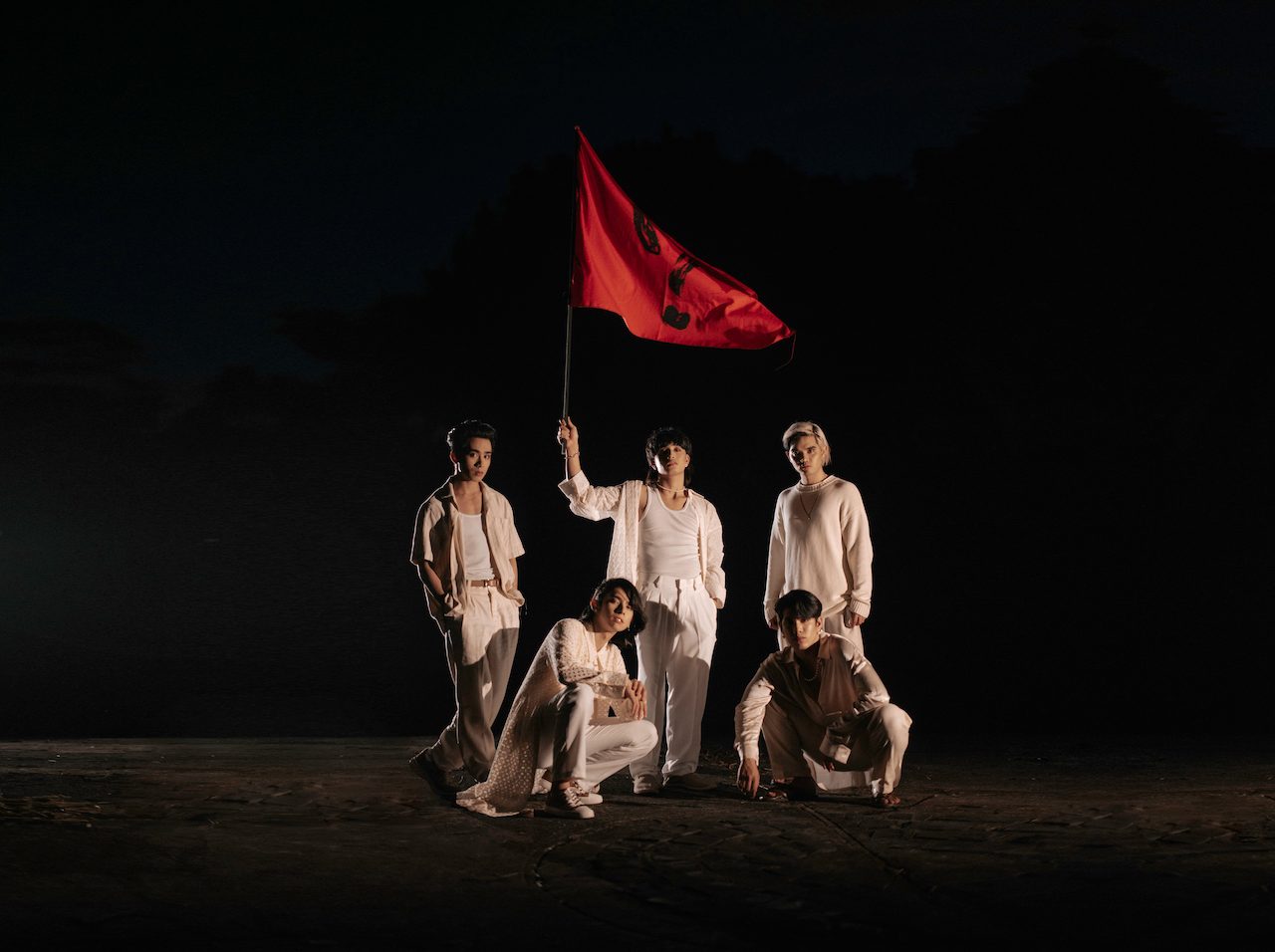 What happens when you give SB19 full creative control over a project? As it turns out, magic happens, and it comes in the form of their new EP Pagsibol, released on July 22.

Pagsibol comes almost a year after the release of their debut album Get In The Zone. If the album was inspired by SB19’s journey from virtual unknowns to internet sensations to P-pop pioneers, the EP continues the story. As the title implies, it talks about growth, through the eyes of members Pablo, Stell, Josh, Justin, and Ken.

Growing is something that SB19 has done a lot of lately. Over the past year, we’ve seen them land endorsements for big brands, launch a clothing line with designer Chynna Mamawal, cement their presence on Billboard’s Social 50 chart, and collaborate with fellow OPM stars Ben&Ben.

All these successes culminate in Pagsibol – a product that is fully theirs, from concept to recording to production.

In a press conference on July 21, Josh shared that their management, ShowBT Philippines – the local subsidiary of a Korean entertainment group – had more of an influence on their previous work.

(Before, the opinion would be 50-50. Of course we had a company, we had bosses…they needed to give input on our songs.)

“Mas may voice lang kami ngayon na gawin yung gusto namin at mas ipakita kung sino kami kasi binigyan na talaga kami ng power to do our own way,” he said, sharing that the songs on Pagsibol are almost 100% theirs.

(We have more of a voice now to do what we want and to show who we are, because we were given the power to do our own way.)

True enough, the Korean influence is strong in Get In The Zone, with its upbeat, squarely dance-pop production. Meanwhile, in Pagsibol, we hear the group venturing into uncharted territory, dipping their toes in unexpected genres.

It’s the kind of confident experimentation that can only come from a group that has risen so steadily and so sharply into superstardom. The themes of the songs reflect SB19’s unique experiences of fame, as well as the humility and work ethic that their fans love them for.

Of Pagsibol’s six tracks, three were released earlier than the EP. “What?” is their anthemic comeback single, filled with marching drumbeats, hard-hitting raps, dramatic guitar riffs, and lyrics that talk about representing the Philippines on the world stage – a sentiment they’ve repeated many times over. It’s a song that Pablo, the chief songwriter, describes as a “battlecry.”

“MAPA” is the tender pop lullaby dedicated to the group’s parents (as in, Ma and Pa), with a “band version” done in collaboration with Ben&Ben. “Ikako” is another slow song, a ballad dedicated to pandemic frontliners, with a rap break and a pop arrangement that makes the song feel like it’s meant to be sung by many voices coming together as one.

The three new tracks include “Mana,” which features the group’s foray into R&B and EDM territory as they sing about keeping their feet firmly on the ground, even as they reach new heights. The title is short for manananggal, a mythical creature that splits into two, with its upper half flying into the sky as the bottom half stays on the ground. It is perhaps their most timely release, considering how the new EP is set to take their career even higher.

Another new release is “Bazinga,” the only English track on the EP that sees the group try a blend of reggaeton and hip-hop as they sing about the criticisms that artists face at the start of their careers.

Finally, there is “SLMT,” a chill, mid-tempo song with shades of tropical pop that one might say is more classically SB19 – a timely throwback to their earlier sound as a fitting tribute to the group’s loyal fan community, A’TIN.

Pablo said that they wanted the songs to sound completely different from each other, giving listeners a unique experience throughout the EP.

(We want them to ride a rollercoaster, with the mood really changing so they won’t be able to predict, or they’ll be surprised with, what they listen to next.)

With the release of an EP that is truly their own, it feels like the perfect time for the group to take on the world and introduce themselves to an international audience.

The group’s partnership with music streaming platform Spotify could only help them go further in global music – with the platform’s promise of  “borderless access” making it possible for listeners from all over the world to tune in to SB19’s music.

“First of all, we need to learn English,” Josh jokingly answered, when asked about how they felt over being noticed by international listeners.

In trademark SB19 self-effacement, Josh said that the global attention is unexpected, but welcome.

(We’re very overwhelmed. We didn’t expect that we’d grow as big as this. It’s very surprising; we often feel like it’s going so fast, but at the same time, we want to always show something new for the fans.)

SB19 is set to perform songs from Pagsibol live for the first time in their upcoming concert Back In The Zone, which will be streamed online on August 1 starting at 7:30 pm. VVIP and VIP tickets are sold out, but general admission tickets are still available via KTX.