In recent years, P-pop has established itself as a genre to be reckoned with. And the first-ever Tugatog Filipino Music Festival, with a total of 17 P-pop acts performing together, definitely proved that.

Dubbed as the “stage for top Filipino talents to celebrate the best of OPM year after year,” the Tugatog Filipino Music Festival aims to highlight the music, culture, and identity of Filipinos. For its 2022 edition, they put a spotlight on P-pop. 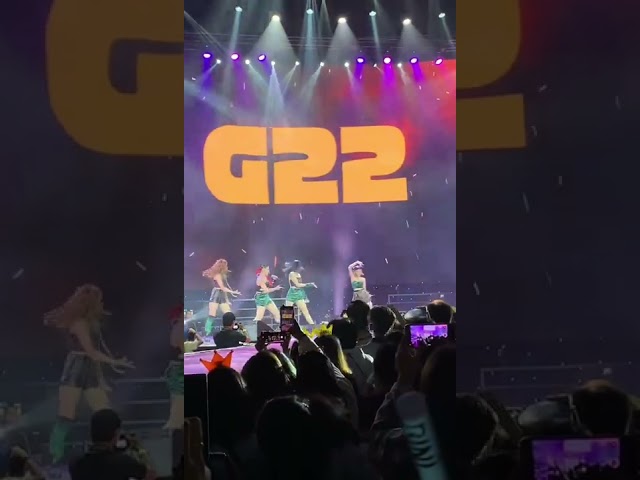 “P-pop is really embracing our roots and heritage for the contemporary audience. We are not just inspired by their craft but also how they inspire other people, young and old, through their music and stories of training and hard work to reach their current status as P-pop idols now,” Executive Strategy and Communications Officer Anj Heruela said about Tugatog during the event’s press conference in February.

The concert was initially just meant to be streamed online. But following the ease in pandemic restrictions and the clamor of fans, the organizers decided to allow a live audience for the event. And on Friday, July 15, Filipino fans of various ages flocked the Mall of Asia Arena to show their support for all participating acts.

Much to the delight of P-pop fans, the six-hour music festival not only showed the acts’ individual performances but also featured never-before-seen collaborations from different groups.

Girl groups MNL48, BINI, and Ppop Generation opened the show with a lively performance of their hits “River,” “Born to Win,” and “Prinsesa,” respectively.

Ppop Generation then took centerstage as they performed their tracks “Boom Ganda,” and “Ikaw at Ako.” They then wowed the crowd with a fiery collaboration with fellow girl groups R Rules and Calista for their rendition of “Amakabogera.”

YARA and Press Hit Play then surprised their fans when they collaborated for their rendition of the hit song “Dati,” which was immediately followed by another collaborative stage by groups Daydream and VXON as the two performed “Triangulo.”

Boy group VXON then went to showcase their versatility with “Reach the Top” and “P.S.” while Press Hit Play wowed the crowd with their performance of “Sambit” and “WIN.”

Press Hit Play also prepared the track “Tell Me” as their collaborative stage with girl group LITZ. Following that, LITZ  performed their songs “Kidlat” and “Natataranta.”

While P-pop groups might have dominated the Tugatog festival, soloist Zack Tabudlo still drew loud cheers from the crowd as he performed his hits “Nangangamba,” “Habang buhay,” and “Binibini.”

Girl groups G22 and DIONE each took centerstage before they pumped up the arena with their energetic collaboration of “Sumayaw Ka.”

The top five trainees from the talent search competition Top Class were also given the chance to perform on the Tugatog stage, while the other trainees were also present in the arena.

The Juans, now a four-piece band, delivered a hugot-filled performance with their hits “Umaga,” “Salamin,” “Hatid,” and “Hindi Tayo Pwede.” They also surprised the concert-goers with a collaborative performance with boy group 1st.One on their new rendition of “Atin ang Mundo.”

1st.One also impressed fans with their charismatic stages for “Oh” and “You Are The One.”

Crowd favorites ALAMAT, BINI, BGYO, and MNL48 also treated their respective fans with some of their hits – “ABKD” for ALAMAT, “Golden Arrow” for BINI, “The Light” for BGYO, and “365 Araw ng Eroplanong Papel” for MNL48.

They also made their fans’ dreams come true by collaborating for a stage. ALAMAT and BINI performed “K bye” and “Na Na Na” while BGYO and MNL48 performed “Sabay” and “High Tension.”

A powerful medley performance from boy groups 1st.One, VXON, ALAMAT, and BGYO with the songs “Shout Out,” “The Beast,” “The Baddest,” and “Kasmala” also excited the fans.

The festival ended with the groups coming together to perform Tugatog’s official theme song.

Throughout the show, the hosts teased that Tugatog won’t be a one-time thing and told fans that they should be ready for what more is in store. Given how huge and successful its 2022 edition is, we’re already looking forward to succeeding festivals. – Rappler.com

The Tugatog Filipino Music Festival is co-presented by KUMU and realme, and powered by Ulam Mama and Coke Studio.