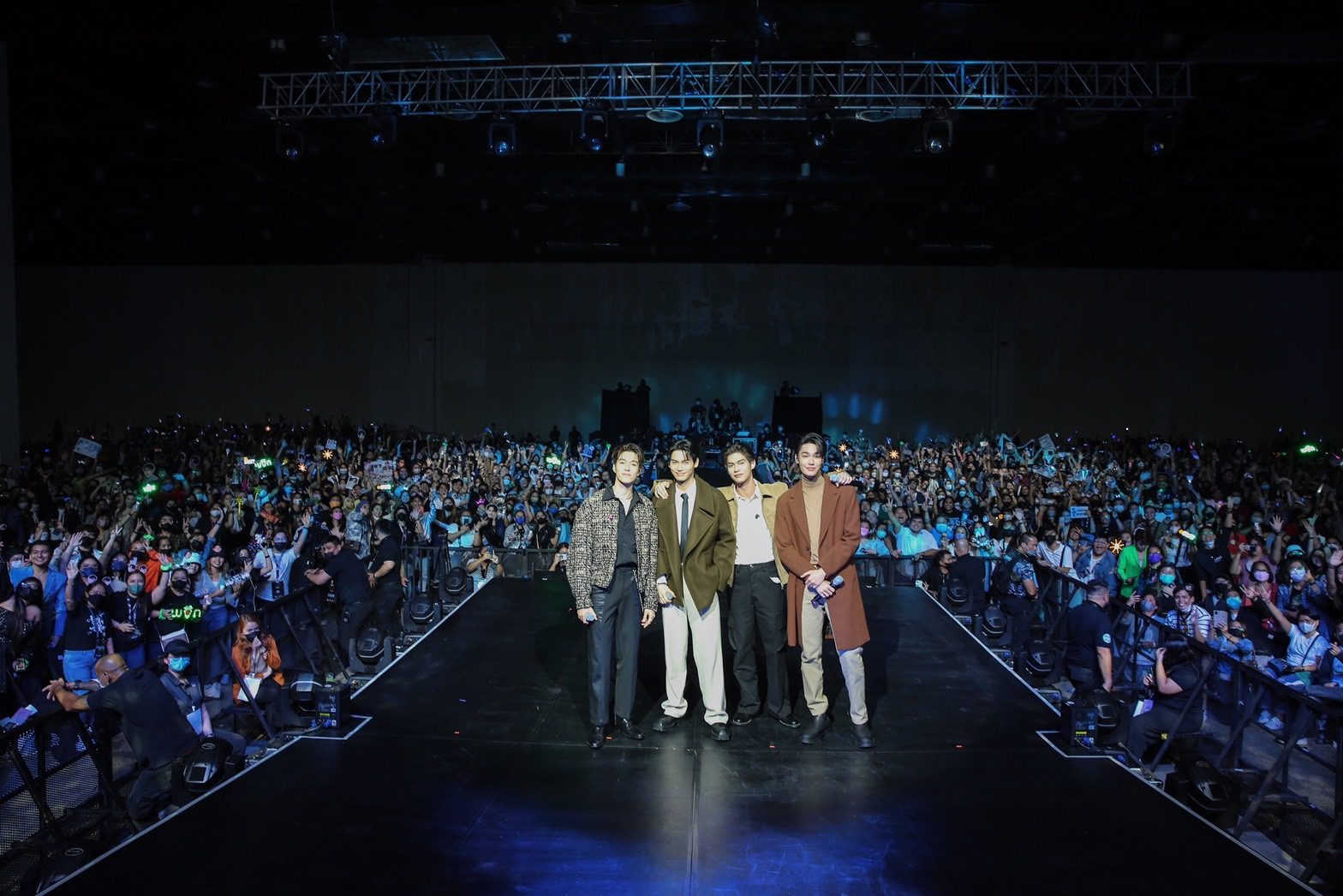 “Last night was such a beautiful night. Thank you Philippines fans,” Thai entertainment group GGMTV tweeted on Sunday, November 20, alongside a photo of the F4 Thailand: Boys Over Flowers cast members posing with the attendees.

Bright, Win, Dew, and Nani opened the show by singing their group’s song “Who Am I.”

Each star also serenaded their fans with their solo songs – “Best Life” for Nani, “In The Wind” for Dew, and “That Person Must Be You” for Win, while Bright performed his cover of the Filipino song “With A Smile.”

They also expressed their gratitude to their Filipino fans who’ve been supportive of their projects. “Mahal ko kayo,” Bright told the audience.

F4 Thailand, which premiered in December 2021, is based on a popular manga, Boys Over Flowers, created by Yoko Kamio.

It tells the story of a young girl named Tsukushi who challenges a group of boys known as Flower 4 or F4. The show has been adapted in Taiwan, Japan, Korea, and China. – Rappler.com