Facebook Twitter Copy URL
Copied
Ahead of its launch, the show is already facing questions about how it will represent sex and sexual assault

HBO’s fantasy series Game of Thrones dominated television and pop culture discourse for much of a decade. Its upcoming prequel series, House of the Dragon, is similarly generating conversation, although not in ways the producers might prefer. Much of this has centered on discussions of sexual assault and rape onscreen.

This new series is set 200 years before Game of Thrones. It dramatizes the Dance of the Dragons, a war of succession in which factions of the Targaryen family fight for the Iron Throne of Westeros. A key trigger is whether Princess Rhaenyra, the ageing king’s firstborn, will become the first queen of the Seven Kingdoms. The showrunners have stated that a dominant theme is whether an entrenched “patriarchy would rather destroy itself than see a woman on the throne.”

But ahead of its launch, the show is already facing questions about how it will represent sex and sexual assault. These are issues that plagued Game of Thrones. The show became notorious for its extensive use of sex and female nudity, as well as its graphic rape scenes. It notably inspired the term “sexposition”: when exposition, such as backstory or character motivation, is offered against a backdrop of sex or nudity. 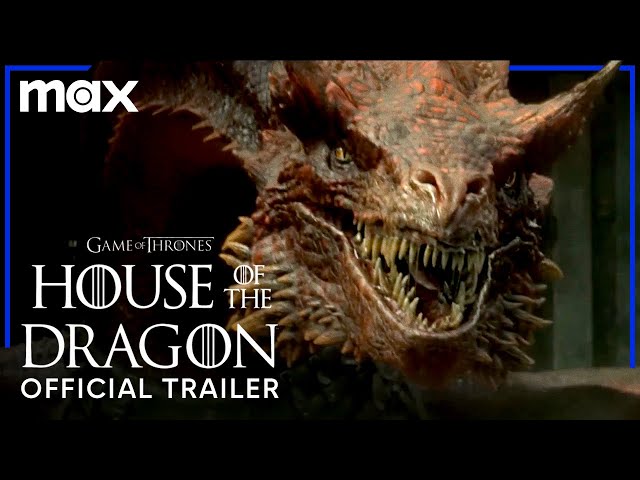 Miguel Sapochnik, an executive producer and co-showrunner of House of the Dragon, indicated in a somewhat contradictory fashion that the show would “pull back” on sex while also showing it as a nonchalant aspect of Targaryan life. When asked about violence against women, he replied:

[we] don’t shy away from it. If anything, we’re going to shine a light on that aspect. You can’t ignore the violence that was perpetrated on women by men in that time. It shouldn’t be downplayed and it shouldn’t be glorified.

Writer and executive producer Sara Hess since clarified these comments in a statement to Vanity Fair. She states, “We do not depict sexual violence in the show.” She added, “We handle one instance off-screen, and instead show the aftermath and impact on the victim and the mother of the perpetrator.”

Conflict and violence in Game of Thrones

One of Game of Thrones’ many strengths was its representation of conflict. Extraordinary battle sequences and scenes of mass casualty illustrated the human cost of nobles’ whims. However, gendered patterns of representation quickly built up. Sexual objectification and violence against women became a metaphor for the endemic brutality of Westeros.

To claim this was a necessary and honest way to illustrate the world’s values “realistically” ignores two things. George R R Martin’s A Song of Ice and Fire books draw from European medieval history and the English civil wars, but Westeros – with its dragons and ice zombies – is ultimately an invention. In fictional media, the historical past and imagined worlds are powerful lenses through which we can consider present-day values. Additionally, Game of Thrones is not a history, but a massively successful entertainment product made for premium cable. This environment is not subject to the same broadcasting standards or advertising pressures as network television. In the past two decades, many prestige or quality dramas have used sex and nudity to differentiate themselves from network fare.

Over time, sexually explicit material and gendered violence have been offered as core expressions of the form’s narrative and thematic complexity. Shows must navigate the space between exploring misogyny and turning it into entertainment.

By looking at techniques such as framing and editing, we can see how many episodes of Game of Thrones embodied an implicitly male, heterosexual gaze. Women’s bodies were over-represented as de-personalized props, or sexual objects of regard, as in frequent brothel scenes. Members of the cast, and even one of the episodes’ directors, have also commented on the pressures they felt to offer more explicit material for the purposes of titillation.

Defenders of such material may protest that these choices are gritty engagements with real-life violence, misogyny, and moral complexity, or even that they offer images of female empowerment. But this ignores that we tend to see only certain types of bodies sexualized.

These are predominantly those of younger, able-bodied, conventionally attractive cis women. Women of color are frequently fetishized and exoticized. Naked bodies of visibly ageing women remain taboo. Male nudity is certainly present in Game of Thrones, albeit at a far lower rate than female nudity and less sexualized, often acting as a representation of a character’s vulnerability or a source of humor.

This amplifies the unequal standards of gendered representation that have long dominated film, television, advertising, and art. These have also diminished the nature of roles available to women.

At its worst, presenting women’s bodies as inherently available and vulnerable perpetuates damaging, misogynistic tropes. This includes “fridging,” which presents violence against women as a plot device that helps develop a male character’s narrative arc. It also includes rape as shorthand for female character development. This is frustrating, as there is significant scope to explore issues of power, violence, and victimization in nuanced ways. Michaela Cole’s limited series I May Destroy You, a black comedy-drama that deals with a rape and its aftermath, is a prominent example of a potent, victim-centric account of anxiety and trauma. It’s also notable that it was female-led, in an industry where women are significantly underrepresented behind the camera. The recent emergence of intimacy coordinators in productions is also a positive step.

We live in a world with atrocious rates of gendered violence. Misogyny and female objectification are a normalized part of life. One way to denaturalize patterns in representation, narrative, character, and style is by highlighting their artifice. This reminds us that visual language isn’t neutral.

Art and entertainment have key roles in both perpetuating and questioning these dynamics. House of the Dragon is clearly interested in unpicking the intricacies of gender and power in a highly patriarchal society. Hopefully, the way it tells its story doesn’t inadvertently undermine this aim. – The Conversation|Rappler.com

Erin Harrington is a Senior Lecturer in English and Cultural Studies, University of Canterbury.