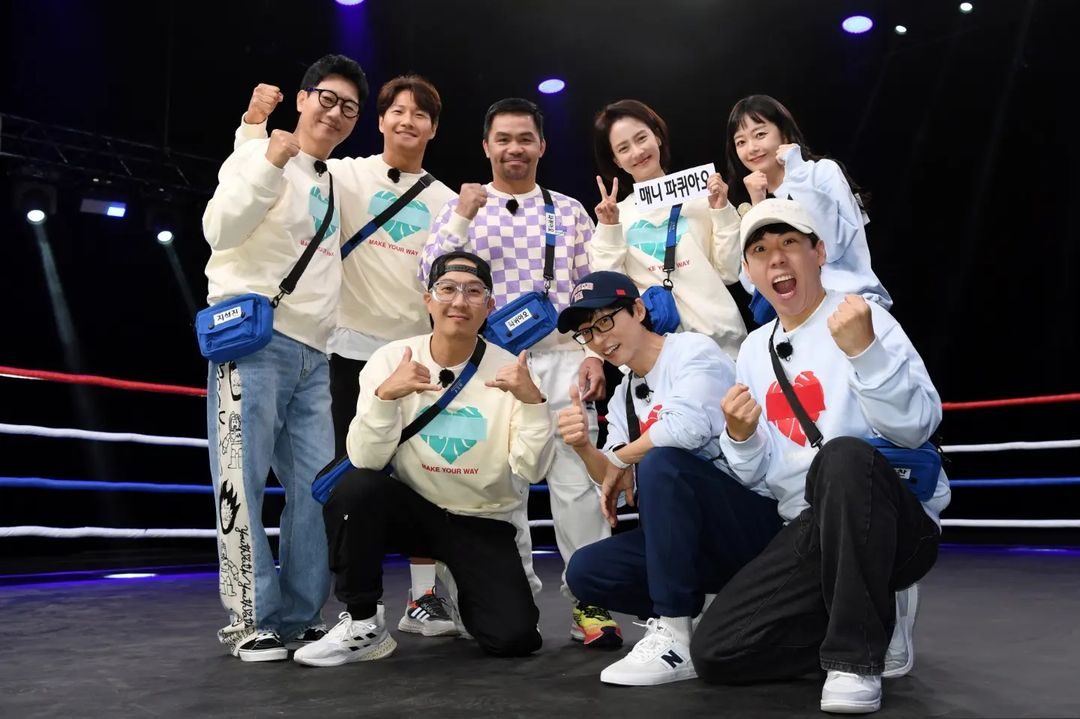 In an Instagram post on Thursday, October 13, the show’s staff shared photos of Pacquiao with the cast, as well shots of the boxer in the ring, saying that the staff are delighted to have met the boxing legend in person as they were fans of his.

Aside from teaser photos, Pacquiao’s Facebook information page also released behind-the-scenes footage of him sparring with one the show’s cast members, Kim Jong-kook.

The episode with Pacquiao is also confirmed to air on Sunday, October 23.

Running Man is a South Korean variety show wherein cast members and guests race to accomplish a variety of games across different locations in order to win first place.

The athlete-turned-politician is set to do multiple collaborations in South Korea in order to promote his exhibition match with martial artist YouTuber DK Yoo slated for December 11.

He is also reported to appear in another South Korean variety show, Knowing Bros, alongside 2NE1’s Sandara Park. In her Instagram stories, the K-pop idol shared how excited she was to see the boxer again. “Long time no see Pacquiao,” she wrote. An official release date for their Knowing Bros episode has yet to be announced.

This is not the first time that Pacquiao made an appearance on a Korean variety show. In 2017, he also appeared in the series Infinite Challenge.

Pacquiao officially retired from boxing in September 2021 to focus on his career in politics. His final match before retiring was against Yordenis Ugás wherein he lost. Pacquiao ran for the presidency in the May 2022 national elections but lost. – Rappler.com