SOUND OF MUSIC. The Broadway hit is coming to Manila.

MANILA, Philippines – Theater fans are in for a treat next year as Rodgers & Hammerstein’s The Sound of Music international tour makes a stop in Manila.

Staged by Broadway International Group, the show will run from March 7 to 26, 2023 at the Samsung Performing Arts Theater in Circuit, Makati. Ticket details have yet to be announced as of posting.

One of the most popular Broadway musicals, The Sound of Music first opened on Broadway in 1959. It features music by Richard Rodgers, lyrics by Oscar Hammerstein II, and book by Howard Lindsay and Russel Crouse.

Since it opened, it has won five Tony Awards including Best Musical, and a Grammy Award for Best Show Album for its original run. It has also been immortalized as an Oscar-winning film starring Julie Andrews and Christopher Plummer.

Set amid the Nazi takeover of Austria, the musical tells the story of a young novice Maria, who is sent to become the governess of the seven unruly children of widower and retired naval officer Captain Von Trapp. As the story goes, the two fall in love, and together as a family, they flee to Switzerland to escape the Nazis.

Aside from the Philippines, the show is also making stops in India, Malaysia, China, Hong Kong and Taiwan. – Rappler.com

LISTEN: Lea Salonga and Pentatonix take on ‘Christmas in Our Hearts’ 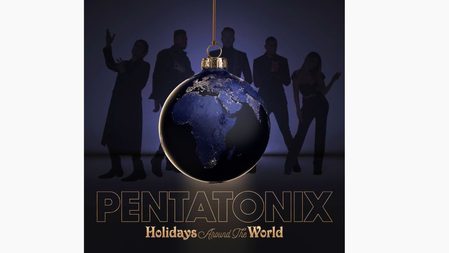