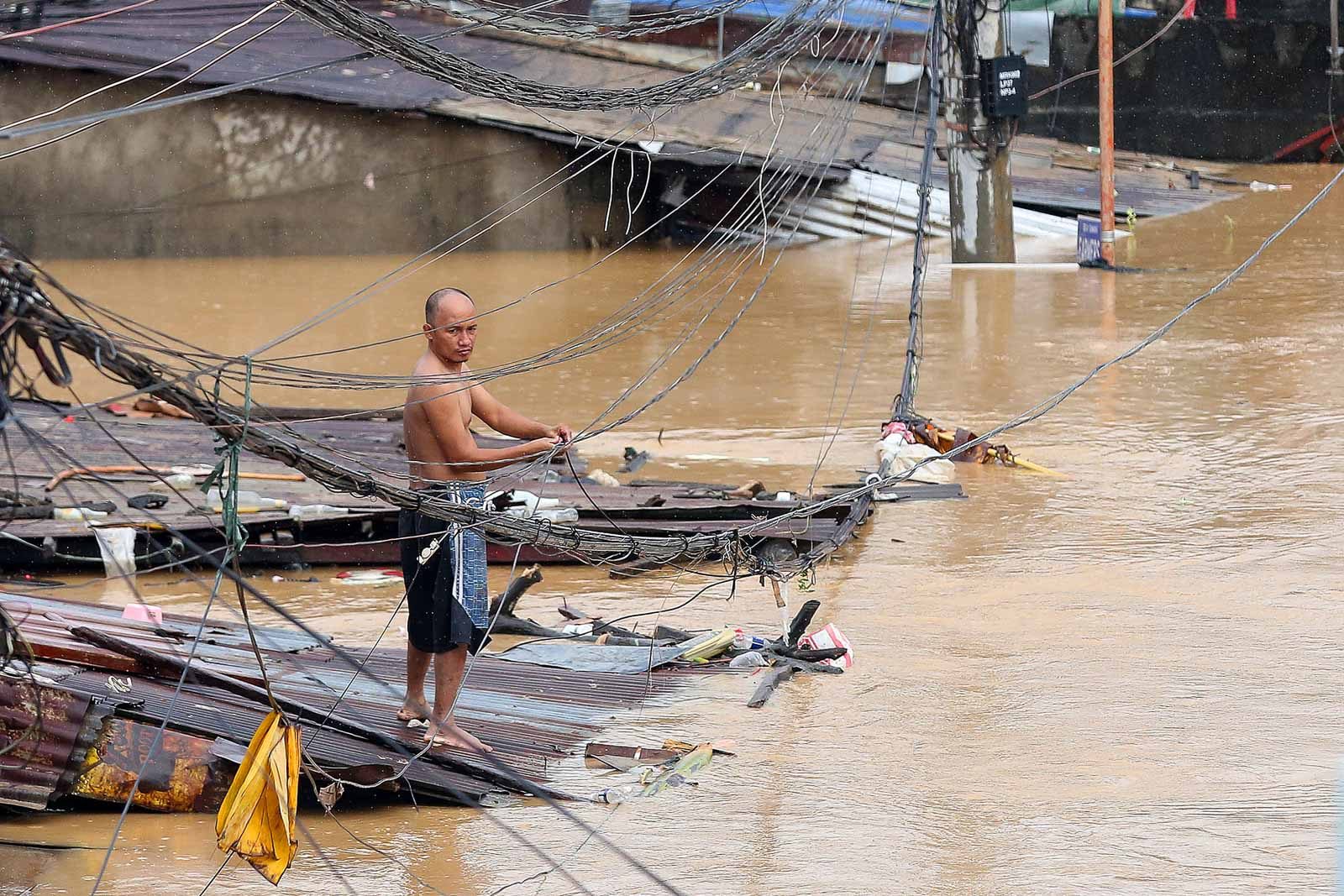 Each time typhoons and floods devastate Filipinos and their homes in low-lying areas, citizens always ask why things haven’t changed.

According to architect and urban planner Paulo Alcazaren, one major cause is the lack of coordination among local government units (LGUs).

Even as planners and architects meet with local governments to make recommendations, Alcazaren said the local leaders say their decisions are only up to the bounds of their political jurisdictions.

“Flooding can never be addressed by individual LGUs because flood waters don’t stop at your political boundaries. It flows down to wherever it wants. It rules by the laws of nature, not by the laws of man,” Alcazaren told Rappler in a phone interview.

“There’s a disjoint between political forces of actions and solutions that actually come from natural processes and the geographical reality of Luzon or Metro Manila,” he added. Alcazaren, also an environmental planner, said the Metro Manila Development Authority “has no power” over development in the metropolis, and instead focuses on garbage collection and traffic management.

Because of this, there is no central authority calling the shots for building disaster-resilient infrastructure across cities and municipalities, leaving the burden to the individual LGUs.

Some local governments also allow developments in greenfield areas, Alcazaren said, because it benefits the government in the short term such as through taxes. But these developments eventually lead to more flooding.

“All of the boundaries that govern these [jurisdictions] are abstract lines that don’t conform to the natural lay of the land,” he said.

Regional government plans may also not be as effective since some clusters are still defined by provincial boundaries. Alcazaren said the best way to come up with the land plans is to redefine the clustering of the political units within watershed areas.

Alcazaren compared the situation to Hong Kong and Singapore, where he said, the governments put “great effort” into educating citizens in the language of planning and development, so that everyone understands what needs to be done to defend against disasters in those areas.

“What is lacking in our civics education is learning the language of physical planning, at least the very basic concepts and ideas and terms used so that we’re on the same page. Ang problema kasi, ang hirap i-explain sa madla (The problem is, it’s difficult to explain to the public),” he said.

“Everything boils down to politics and show business,” he said.

In a recent study by Rappler researchers, urban planners had similar sentiments about the lack of inter-LGU planning as a root cause of the traffic problem in Metro Manila.

Even as comprehensive land use plans (CLUPs) have been required by government for more than 25 years, Metro Manila LGUs have yet to comply.

As of June 2019, 6 of 17 local governments in the capital region had outdated CLUPs dating more than a decade ago. The capital city Manila didn’t even have one yet. – Rappler.com