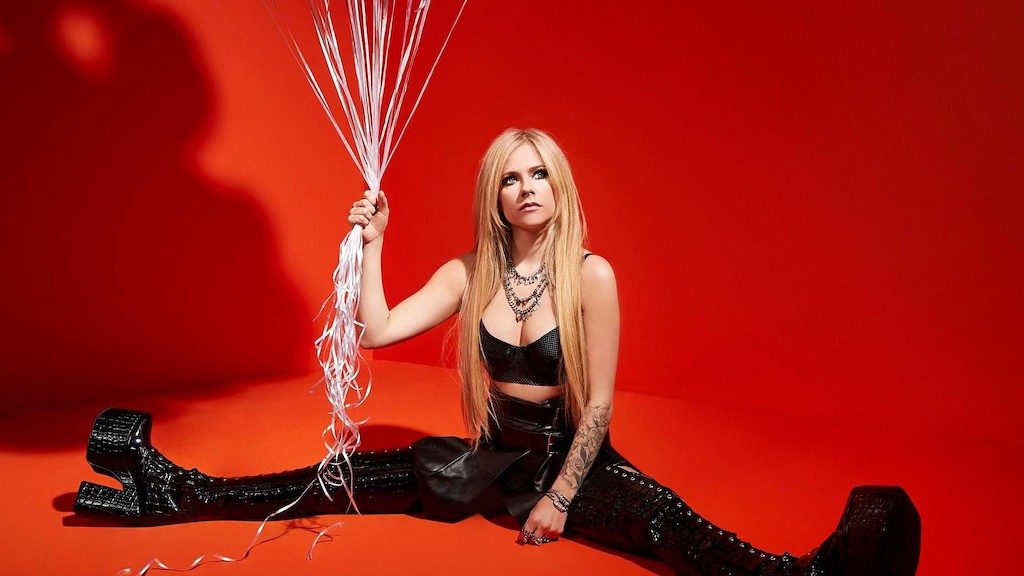 Halloween is just around the corner and according to the social media site, Pinterest, one of the top costume ideas for 2022 is Avril Lavigne, the Canadian singer-songwriter.

Pinterest’s 2022 Halloween searches are all about costumes with pop culture themes. Searches around the major TV and film launches of the year, such as Stranger Things, Elvis, Top Gun and The Lord of the Rings are trending on the platform. Women also top the 2022 costume list with iconic figures like Anna Delvey, the fake heiress from the TV drama Inventing Anna, as well as Priscilla Presley – and then there’s also Avril Lavigne.

So what makes Lavigne the unexpected costume choice of 2022? It may be to do with the fanfare around Love Sux, her new album which was released in February 2022 – she had been quiet on the music front for several years before this after contracting Lyme disease in 2014 which she struggled to overcome. Or it could be her growth on TikTok or her Halloween-themed clothing range. But it could also be in part, down to a long-held conspiracy theory that Lavigne is in fact dead.

It was back in 2005 that the theory first surfaced which alleged Lavigne had taken her own life after the trauma of her grandfather’s death and had been replaced by a double, named Melissa Vandella. The theory goes that Vandella was originally hired to protect reclusive Lavigne from intrusive media. And that following Lavigne’s apparent death, the record company used Vandella as Lavigne’s substitute.

In support of this, conspiracists point to changes in the artists’ appearance and voice. These include reconfiguration of beauty spots and handwriting. One version of the theory claims that because Lavigne’s replacement, Vandella, felt bad about lying, she left behind subliminal clues in her song lyrics. One such song is “Nobody’s Home” – conspiracy advocates believe the words confirm Lavigne died at her parent’s empty house. Additionally, they cite a promotional photoshoot where the singer had the name “Melissa” written on her hand.

What makes a conspiracy theory?

Lavigne is not the first star to be subject to such speculation. Conspiracy theorists also claim Paul McCartney is dead, Beyonce is part of The Illuminati (a secret society that’s said to run the world) and that Taylor Swift is a clone of a former satanic priestess named Zeena LaVey.

Much like the “Avril is Dead” story, conspiracy theories usually contain the notion that powerful individuals are working covertly to deliberately mislead people. In this instance, the record company and profit motive combined with the conviction that Lavigne was deliberately replaced make up the theory.

Conspiracy theories will also often use supposedly objective evidence to support allegations, which provides an illusion of validity. In the case of Lavigne, fans have used photo and video comparisons and analysis of voice recordings as “proof” of the theory.

What makes a believer?

Although the Lavigne replacement story is generally regarded as a conspiracy, it has much in common with rumor – where the motivation is more entertainment than explanation. This circulation of unofficial information without trustworthy verification can then lead to the spread of misinformation.

Regarding Lavigne, the conspiracy arose as an attempt to explain changes in her dress, appearance. and performance. Of course, evolution is a typical part of an artist’s process, but in this instance, the need to understand these differences led to the replacement clone conspiracy theory circulating the internet and picking up traction.

This is another typical feature of conspiracies, they often perpetuate over time. Indeed, the Lavigne theory regularly resurfaces with increased popularity. This isn’t surprising though, as research shows false news on Twitter spreads more rapidly than real news. This is thought to be because false news has greater novelty value, which makes people more likely to share it again and again.

Research also shows that people who believe in conspiracies generally share several assumptions about reality. These include mistrust of authority, the conviction that nothing is quite as it seems, and cynicism. Individuals with this way of thinking are influenced by emotions and intuition rather than fact and are drawn to conspiracies because they match their view of the world – which tends to be that you can never trust what’s in front of you.

‘Making sense of the world’

The wish to impose meaning on the world is also a defining feature of conspiracies. Hence, they arise either when there is no definitive account, or the official or prevailing explanation is considered inadequate. Once generated and circulated, followers will then search for confirmatory evidence and reject alternatives.

The strength of the Lavigne theory is demonstrated by the fact that Lavigne herself has repeatedly dismissed the story in interviews and on social media, yet it persists. Conspiracy advocates either overlook this or interpret it as part of the plot – and see the denial as part of the cover-up. For believers, this then stimulates interest and provides further support for the conspiracy.

So this Halloween, whatever costume you opt for, spare a thought for Avril Lavigne and the legions of fans who believe she’s dead and has been replaced by an imposter. Indeed, what could be spookier than a time-worn conspiracy theory that refuses to die – and the masses of people who believe in it? – The Conversation|Rappler.com

Ken Drinkwater is a Senior Lecturer and Researcher in Cognitive and Parapsychology, Manchester Metropolitan University.