MANILA, Philippines – Battle rap, especially in the Philippines, still seems like a man’s game. The chest-thumping, the braggadocio, the crowd wincing and whoa-ing at every ad hominem jab – on the surface it appears stereotypically masculine, a sport where lyrical tricks stand in for wagging dicks.

But at the very heart of it, battle rap has nothing to do with gender. It is about proving yourself the smarter writer and the more engaging performer, and Luxuria, the rare Filipina who’s made a name for herself in the mainstream as a serious and consistent battle emcee, grasps this without apology.

On Saturday, December 17, she placed second overall in FlipTop Battle League’s annual Isabuhay tournament – the highest a woman has ever ranked in the competition’s decade-long history.

Born Rya Chantel Ditablan, the 24-year-old from Binangonan, Rizal loved writing poetry, debating, and joining speech contests when she was still in elementary and high school, winning awards and being one of the top kids in class.

With her knack for words and public speaking, it was no surprise that she soon fell in love with battle rap. In 2010, when she was just 12, her older brother let her watch a video of a FlipTop battle between Loonie and Zaito (now considered a classic bout between veterans in 2022), and she was quickly enamored. 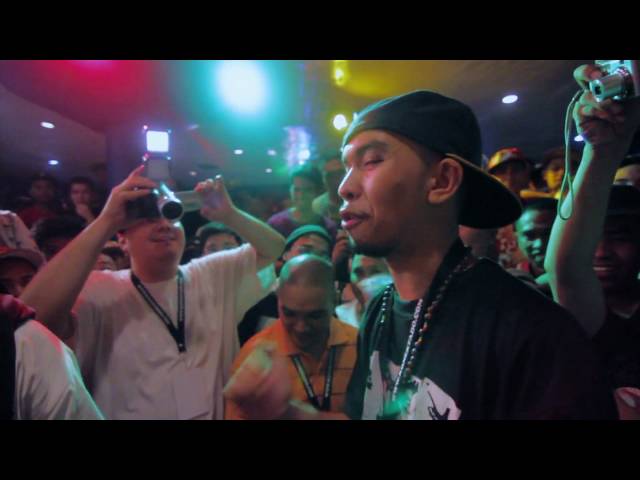 Hip-hop lover or not, any writer worth their salt would know that rap battles aren’t just a haphazard exchange of insults; they involve clever rhymes written specifically against your opponent, often with meticulous metering, delivered by memory with theatrical flair.

“I was so amazed!” gushed Luxuria. “That was the time I got hooked and started idolizing Loonie and watching all his battles and memorizing his tracks.”

In 2015, Luxuria started testing her own battle rap skills, first through text-based tournaments on Facebook.

(They will make a thread, then my opponent and I would be given 15 minutes to type out our verses in the comments section – often impromptu, but sometimes pre-written.)

She managed to bag two championship titles in these games – in the women’s and the men’s divisions.

“Then the same year, a friend of mine mentioned me sa isang post ng Sunugan looking for aspiring female battle emcees,” Luxuria went on. Sunugan is one of the mainstream battle rap leagues in the Philippines along with FlipTop. “Sila nag-push sa’kin to join, and I decided to give it a try dahil both battle rap at debate naman ay tumutugma sa interests ko.”

(Then the same year, my friend mentioned me in a post on Sunugan’s social media callout for aspiring female battle emcees. They were the ones who pushed me to join it, and I decided to give it a try since both battle rap and debate jived with my interests.)

She won her debut battle and hasn’t looked back since. In 2018, she decided to try out for FlipTop’s annual Isabuhay tournament, a prestigious event among battle emcees.

“Naglakas-loob lang talaga ako gumawa ng 16 bars ko at magpasa ng application knowing na libu-libo ang sumali (I gathered up the courage to write 16 bars and pass my application knowing that thousands joined this tournament),” Luxuria shared. “But surprisingly, out of 5,000 applicants, I was lucky enough to be one of the special picks. [FlipTop founder] Anygma messaged me inviting me to Cavite to do a freestyle battle with 16 male emcees, and I managed to advance to the second round, ending with a very close battle with Mastafeat.”

By then, it was clear that Luxuria had no qualms competing in a male-dominated field; she loved battle rap, and it didn’t matter to her that she was often the only woman onstage. Over the next few years, she would become a familiar face in Sunugan and FlipTop bouts, holding her own against the most accomplished emcees, winning battles against veterans such as Zaito and Batas. 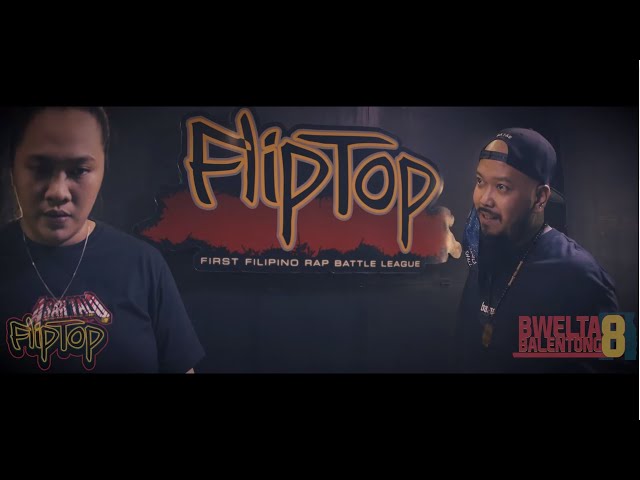 Nevertheless, Luxuria understands that being the rare female is a cause for concern.

There have been a few other women emcees in the battle scene, such as Lhea Positibo, Metallica, Cheygee, Hearty Tha Bomb, and Audrey Two Rhymes – all of whom Luxuria has battled against – but so far, no one else has risen up tournament tiers the way Luxuria has. Some of them are also no longer active. 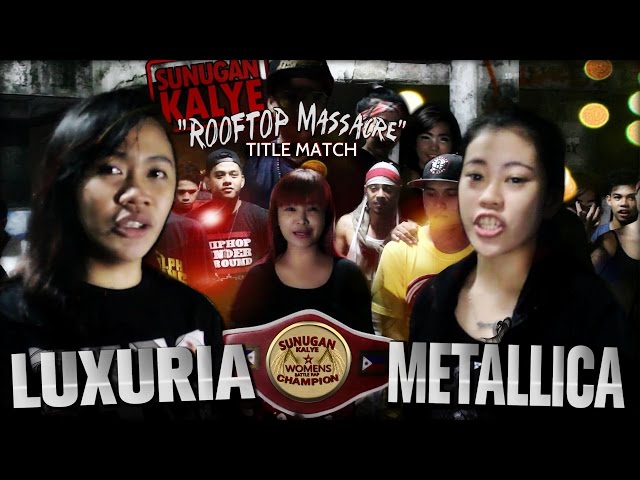 Luxuria chalks this dearth of women up to “fragile masculinity,” saying some men in the scene still continue to “downgrade women’s skills and intellectual capabilities,” leading to an environment that makes women uncomfortable, intimidated, or even discouraged.

“Usually ayaw nila nakakakita ng babaeng nakakalamang kasi naaapakan male ego nila do’n (Usually, these men don’t like seeing women getting ahead, because this tramples on their egos),” she asserted.

Her emcee alias, in fact, was born from this. “Luxuria” is a term for “self-indulgent sexual desire,” and was used by one of her critics to mark her as promiscuous. While he considered this an insult, she didn’t. She decided to use the name and make it her own as a middle finger to him.

Devil’s advocates would argue, however, that being a woman in battle rap is an advantage, since you could possibly stand out more or be treated with kid gloves, but Luxuria vehemently disagrees.

(For femme fatales like me, being a woman is a disadvantage, since most of the time it’s what’s used as an insult against you, as an excuse to violate you verbally, on a platform that’s meant for throwing down witty arguments and exhibiting lyricism.)

Still, she doesn’t let this environment faze her.

“I fear no man,” she said. “I was raised mostly by the men in our family – my brothers, uncles, cousins – who were military-trained. My father, especially, was the one who taught me kung pa’no dumiskarte at sumurvive mag-isa without depending sa kung sinuman, lalo na sa guy.”

(My father, especially, was the one who taught me how to survive on my own – without depending on anyone, let alone a man.)

This toughness also applies to her life outside of battle rap. By 18, she was already living on her own, helping to manage her family’s business instead of continuing her studies. She also dabbled as a web developer for a time, but much preferred being an entrepreneur and juggling her own small projects; she knew she thrived better when she was doing her own thing.

“I’m a college dropout,” the former star student confessed. “I got kicked out a lot of times. I was stubborn, usually cutting classes and causing a lot of trouble.”

“It was rap that saved me during this dark time in my life,” she went on. “And I’ve decided to return to schooling [only] once I’ve achieved enough in my battle rap career, because it’s rap that’s really my passion.”

“And yes, against lahat ng relatives ko nung starting pa lang ako dito, since they want me to be a successful doctor. Pero kung ako masusunod at magpapatuloy ulit ako ng pag-aaral I want to be a lawyer.”

(And yes, all my relatives were against me battle rapping when I was first getting started, since they wanted me to be a successful doctor. But if it were up to me and I could continue my studies, I want to be a lawyer.)

The future is female

Luxuria knows that her work in upholding better female representation is far from finished, but by cementing her place in local battle rap through Isabuhay 2022, she is confident the deed can be done.

(I want these misogynistic beliefs towards women, specifically in battle rap, to go away, and that can only happen if there’s a woman who can exhibit the true meaning of gender equality, which is to not use sexuality to take advantage of the situation, and to prove that wisdom has nothing to do with gender.)

Beyond the trope: Unpacking the ‘sad girl’