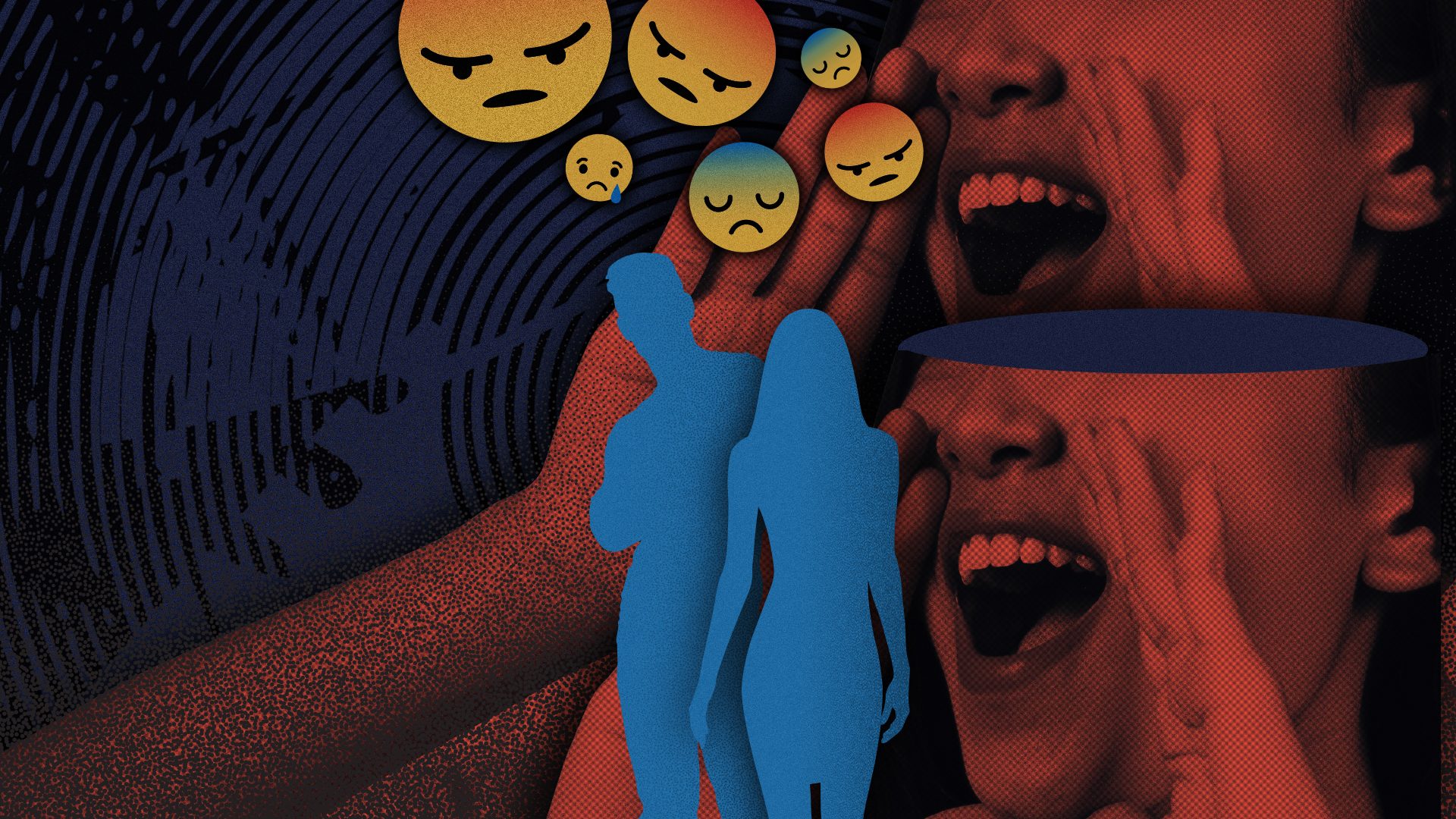 Facebook Twitter Copy URL
Copied
Fandom practices remind us that we have the ability to fight back the effects of disinformation in a variety of creative ways, a #FactsFirstPH study finds

“The Passion of Fans: How fandom practices can encourage more active participation and help fight disinformation” is a study presented by the authors in a #FactsFirstPH research briefing held on April 29, 2022. The full copy of the research is reposted with permission from the authors.

Read the other parts of this series:
Part 1:  How fans turned to social media to criticize and demand action from celebrities
Part 2: In the spirit of beauty pageants – Celebrification in politics

Fan support and adulation were previously only reserved for celebrities and stars in the entertainment industry. Nowadays, supporters not only of politicians and other public figures, but also institutions and organizations, have come to mimic both the positive and negative aspects of fan behavior.

According to authors Jonathan Gray, Cornel Sandvoss, and C. Lee. Harrington, the treatment of political figures as “idols” and the transformation of what was previously thought of to be more of the social and cultural practices of fandom have contributed to the rise of “extreme political partisanship” and to the “dramatic erosion of rationality, civility, and reason in contemporary political and public life.”

In Part 1 of this series, the fans have started to emerge as an important part of political conversations and their role in calling out and demanding that their favorite celebrities speak out had consequences for celebrities who refused to take a stand or those who took a stand but whose values were not aligned with those of the fans.

Even the media took notice of how they have become more vocal online, seeing their idols not just as entertainment figures, but also as responsible citizens whose voices can help advance important causes and issues.

Meanwhile, Part 2 showed the interconnection between politics and entertainment. It highlighted how politicians have become celebrities and how their supporters have acted in accordance with their politician’s values. We highlight that this blurring of lines became more prominent not only because the pandemic forced people inside their homes, with technology as their only companion, but that the closing of ABS-CBN has played a pivotal role as it became the convergence point for both politics, the entertainment industry, and the fans.

In addition, by detailing some of the ways in which citizens have used digital media for political purposes, we’ve also shown that digital practices can’t all be lumped together, suggesting there is a greater need to rethink our views on digital practices as disinformation and of the ways to involve more citizens in the fight against it. What can fandom contribute to the fight against disinformation?

Most recent discussions on disinformation center on the various strategies employed by disinformation agents and how this negatively impacts our politics, society, and democracy. However, the problem of disinformation is complex and encompassing. While fact-checking remains an important approach to combat this problem, fans have steadily found ways to become important allies in this fight.

According to media scholar Liesbeth van Zoonen, fandom “is built on psychological mechanisms that are relevant to political involvement.” Henry Jenkins, another media technology scholar, said that today’s contemporary political terrain is being filtered and fought using the language of popular culture which is the domain of the fans.

Just recently, the mockingjay salute from the Hunger Games franchise has been used by both Thai and Myanmar protesters as a symbol of resistance. Fans’ involvement in political causes was also largely enabled by the rise of communication technologies which, according to Jenkins, became a “vehicle for collective problem solving, public deliberation and grassroots creativity.”

In other words, through fandoms, people have another way to engage in politics, not just as a moral obligation but as a joyful activity, partaking in it in a way that makes sense to them and providing us with an alternative model of citizen participation.

From the denial of the ABS-CBN franchise, the active citizen participation via community pantries in between, and to the current elections, we are seeing a surge of Filipinos who are also K-pop stans, Swifties, Kathniel fans, pageant fans, and even UAAP basketball fans, coming together in very creative and innovative ways to try and fight disinformation and to ensure that their voices are heard not just by entertainment idols and fan circles, but also by public figures.

The use of humor and visual aids, the creativity in coming up with hashtags, and the borrowing from pop culture are fandom practices that we have to consider, especially in the light of several studies and articles that have already explained why laying down facts is not enough to fight disinformation.

As thinker Nadia C. argues, if people participate in politics just out of a sense of duty or because it’s the “right thing to do,” people will burn out without anchoring their participation from something meaningful to them. This is not to say that we should only participate in discussions that are interesting to us, but that the basis of our political participation must be concrete and immediate.

It must be obvious to everyone, especially to ourselves, why it is worth the effort, and fandom participation could be an empowering start towards that.

Dymples Leong pointed out that fans possess fluidity and nimbleness that makes them and their practices relevant in the fight against disinformation. Their networked structure and connectedness are also designed for easier and faster mobilization and truth advocates and activists can learn a lot from fandom communities. Rather than institutions stopping at simply marking a piece of content as disinformation, there is a need to find more ways of enabling citizens to come to better conclusions, perhaps by also working with and learning from them. Even memes based on disinformation can also become occasions for getting more involved in what is going on. For instance, politicians becoming memes themselves as part of regular fandom discussions are also occasions to remind ourselves that our leaders are democratic civil servants. Ones that can meet us on our terms, but also ones that aren’t holy enough to be above reproach from our communities.

Lastly, fandom practices are also powerful because their work doesn’t stop on social media, they carry over into the streets and translate back into a change in the political situation. In sum, beyond just assuming the effects of digital media and disinformation, we should also remind ourselves that communities have the ability to respond in a variety of creative ways.

A note on context

That is not to say that fans have unlimited leeway to act within their political situations. As research on disinformation outside and inside the country has shown, disinformation finds its strength because there are both (i) people in traditional positions and institutions, such as politicians and businesses, that empower it, and (ii) there are social realities, such as negligible repercussions to negative campaigning, that allow disinformation networks to thrive.

Studies on political influencers also reveal that the functions and features of social media platforms, advertising, and donation revenue being a major source of income, may push them towards campaigning that is as much informed by business interests as much as it is informed by personal interests – not disinformation per se but not wholly done for the sake of altruistic nation-building either. Paraphrasing media scholars Benkler, Faris, and Roberts, the fundamental mistake of “the internet polarizes” narrative is that it adopts too naive a view of how technology works and understates the degree to which institutions, culture, and politics shape the use of technology and its spread in politics. The fundamental challenge of disinformation, then, is not purely or even primarily technological. It is institutional and cultural, which is ultimately political.

To better understand fandom participation in politics, we must take into account their place as part of the Philippines – not just a digital phenomenon on the internet, but one that is informed by our everyday lives. In other words, fandom, and more general citizen participation, should be recognized and incorporated into ideas which make Philippine politics more accessible and empowering to citizens instead of just tokenistic political engagement.

Fans are not usually the central figures in political discourses and they are not typically associated with activism, but if we can harness the level of commitment and emotionality, not to mention financial and material resources, that a fan lovingly gives to their idols, that’s one way we can start to take back the control of the political narrative from the troll farms. – Rappler.com

Cherish Aileen Aguilar Brillon is an Associate Professor at the UP Diliman College of Mass Communication, Broadcast Communication Department. She is also part of DZUP 1602, the official radio station of the UP community, where she is the committee head for research and online programming. Her research interests include political economy of media, gender, fandom, cultural memory, and superheroes.

Gerard Martin C. Suarez is a PhD Media Studies student at the College of Mass Communication at UP Diliman. His research on media topics is anchored on the elites, propaganda, and civic participation. He also works as a researcher for the Center for Local and Regional Governance, focusing on topics related to Philippine local government units.