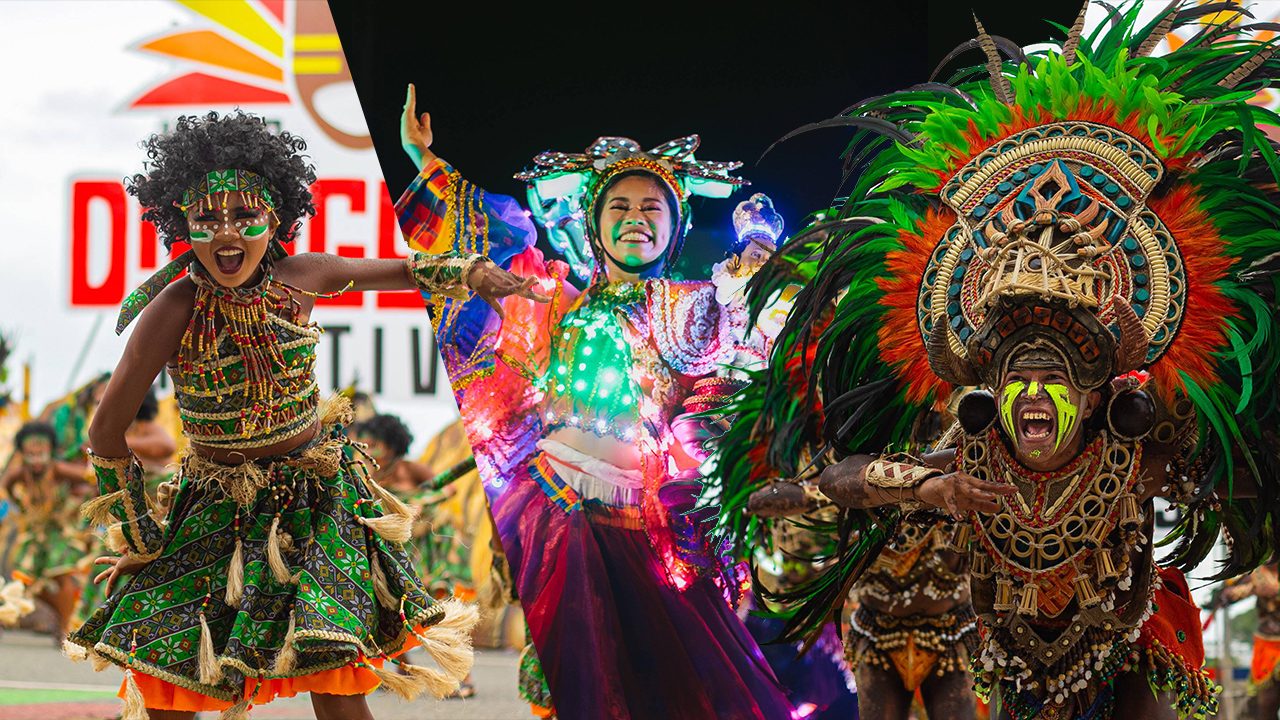 Facebook Twitter Copy URL
Copied
In a first for the festival, illuminated costumes light up the famous Diversion Road of Iloilo City as part of a new competition

ILOILO, Philippines – After two years of virtual celebrations due to the COVID-19 pandemic, Iloilo’s Dinagyang Festival has finally returned in-person, and in the grandest fashion, on January 21 and 22.

The Dinagyang Festival is held annually on the fourth Sunday of January in honor of the Child Jesus Señor Sto. Niño. The celebration is a fusion of religious and secular events that happen all around the city. Religious activities include the nine-day novena mass, the fluvial procession which also reenacts the arrival of the image of Sto. Niño from Cebu, and the religious SadSad in the San Jose Parish in Plaza Libertad.

The secular side of the festival highlights the Ilonggos’ rich culture and history through the Ati-Tribe competition, which has been ongoing for more than 50 years. The dances performed evoke the pagan traditions of the original settlers of Panay Island, the Ati-Tribe, and the story of how they were introduced to Catholicism via the arrival of the image of Señor Sto. Niño.

Last 2020 and 2021, the Association of Tourism Officers of the Philippines (ATOP) awarded Dinagyang Festival as the Best Tourism Event of the country, for still continuing the festivities virtually despite the ongoing health crisis.

This year, the Iloilo Festivals Foundation, Inc (IFFI), the main organizers of the festival, introduced the “ILOmination” Tribes Competition as their newest spectacle. It is similar to the traditional Ati-Tribe competition, but held on the night of January 21, with illuminated costumes lighting up the famous Diversion Road of Iloilo City. It is aptly symbolic of the light gained after the dark times of COVID-19.

Here are more photos from this year’s Dinagyang Festival:

Carl Don S. Berwin is a Rappler Mover, travel photographer, and SharePH ambassador in Iloilo City. He is also an Accountancy student at the University of the Philippines Visayas.