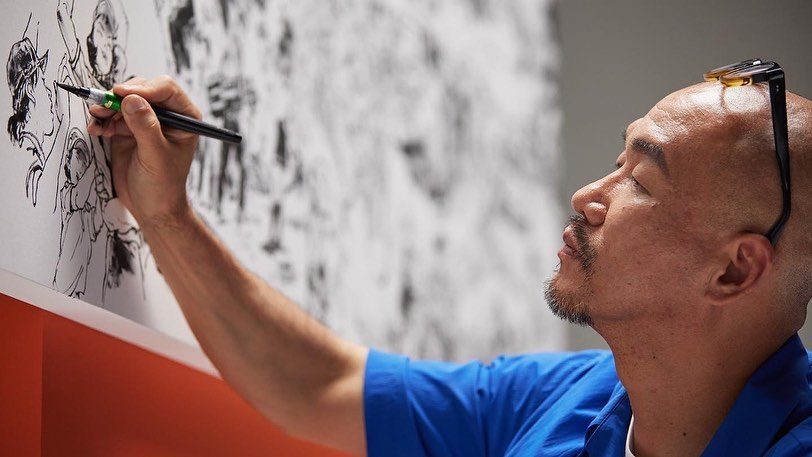 His death was confirmed in a statement posted on his official Instagram account on October 5. The statement, dated October 3, said that Jung-gi was in Paris and was at the airport set to fly to New York when he experienced chest pains.

“[He] was taken to a nearby hospital for surgery, but sadly passed away,” the statement said.

A post shared by Kim Jung Gi US (@kimjunggius)

In a separate statement on October 5, his collaborator Hyun Jin Kim said, “After having done so much for us, you can now put down your brushes.”

Jung-gi was born in 1975 in Goyang-si, South Korea. At 19, he began studying fine arts, majoring in art and design, and later attended Dong-Eui University in Busan.

He came to be known for his ability to draw intricate scenes from memory, as well as his live drawing exhibitions.

He has six sketchbooks in print and has contributed illustrations for two novels: Paradise and Third Humanity.

He is also the Guinness World Record-holder for “longest drawing by an individual.” – Rappler.com