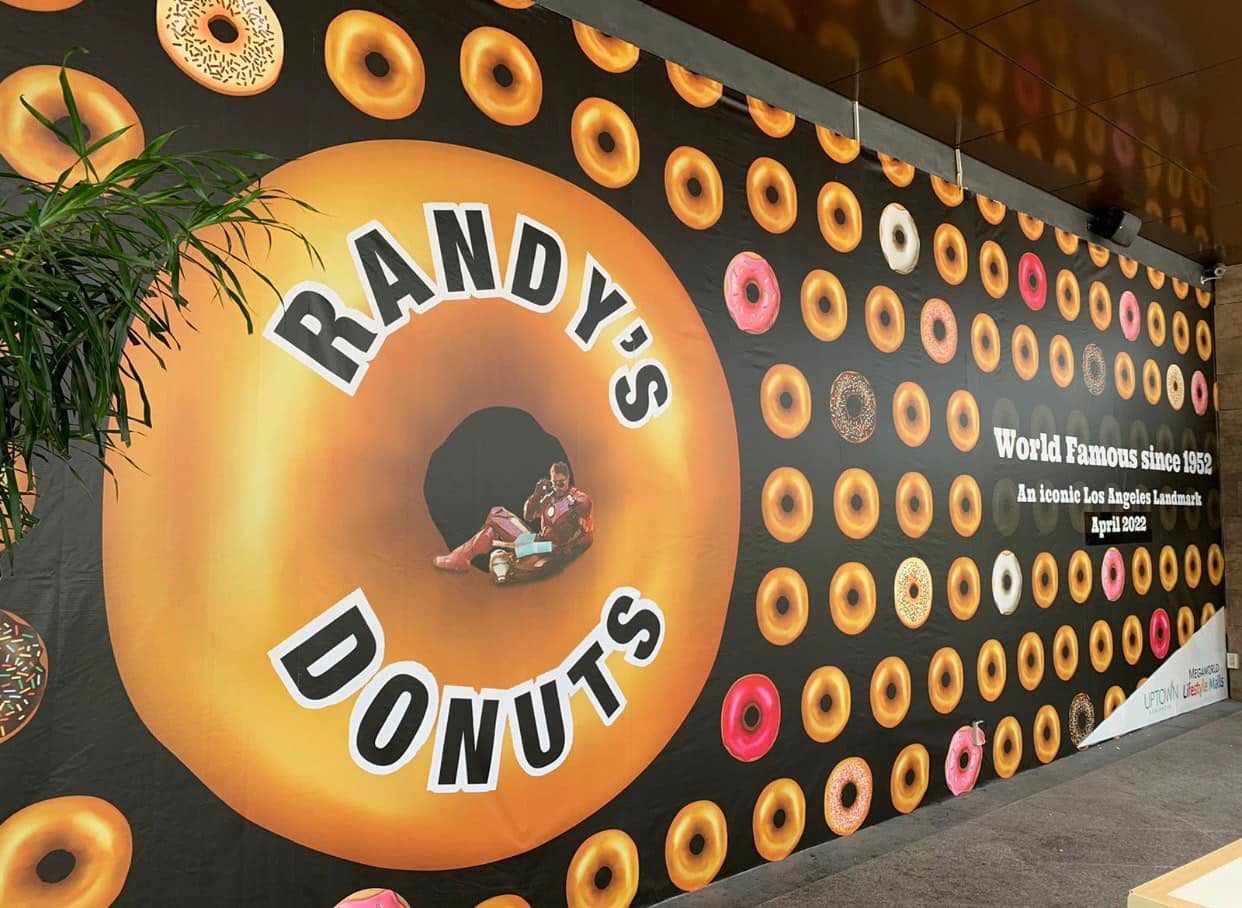 RANDY'S. The LA-based donut chain is opening in Metro Manila.

Photo courtesy of The Bistro Group

MANILA, Philippines – If you’ve ever been to Los Angeles, you might remember the iconic giant rooftop donut of LA staple Randy’s Donuts, the world-famous donut chain that serves large, airy donuts to sweet-crazed locals and tourists.

Now there’s no need to travel to the USA for your Randy’s fix – the LA donut joint is now coming to the Philippines, as it opens its first Metro Manila store in April 2022 at Uptown Parade, Bonifacio Global City. It will be located along 38th Street, beside Denny’s.

You may have spotted the Randy’s name in several Hollywood films and series – Randy’s Donuts can be seen in Marvel’s The Avengers, where Tony Stark (Robert Downey Jr.) was spotted within a Randy’s donut hole. The iconic store exterior has also been used in Arrested Development, Masked Rider, Entourage, The Golden Child, Get Shorty, Problem Child 2, Crocodile Dundee, The Kissing Booth and Runaways, among other films.

Randy’s Donuts was founded in 1952. Aside from Los Angeles, they can also be found in Inglewood, El Segundo, Downey, and Saudi Arabia.

Randy’s Donuts has been brought to the Philippines by The Bistro Group, the Filipino restaurant arm that carries other chains like Italianni’s, TGIFridays, Hard Rock Cafe, Fish & Co, and more. – Rappler.com

Find more The Bistro Group restaurants on GrabFood! Use these coupon codes for discounts.