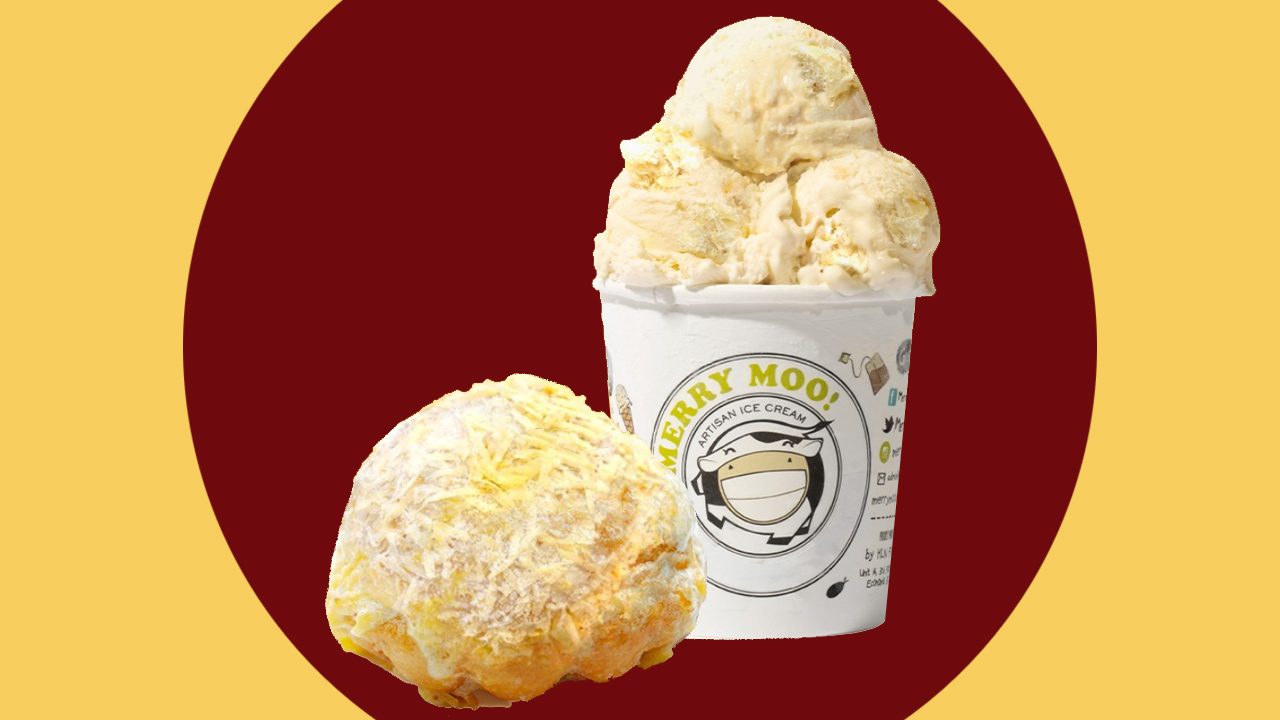 Hizon’s Cakes & Pastries, established in 1946 and based in Ermita, is fondly known as “the first and original bakeshop in Manila.” Having made a name for itself as a longtime staple in Manila’s rich history, nothing beats their iconic Cheddar Ensaymada, which is widely considered to be one of the best in the metro thanks to its pillowy texture and crisp, buttery crust. Hizon’s is also known for its Queso de Bola Ensaymada and Mocha Chiffon Cake.

You can get a pint of Hizon’s Ensaymada Ice Cream pint via their website or through Hizons’s Viber account (0916 507 6723). You can also opt to buy from Merry Moo’s kiosks in SM Aura, Megamall, Mall of Asia, and Robinsons Magnolia. – Rappler.com