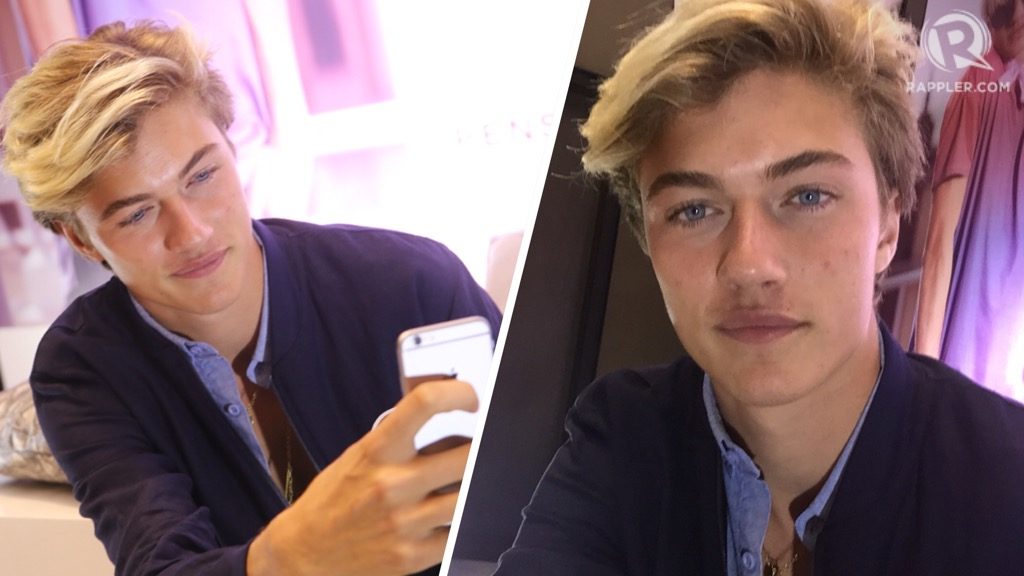 MANILA, Philippines – What’s the secret to taking the perfect selfie? Supermodel Lucky Blue Smith says it’s all in the lighting.

“Really, the only thing you need is lighting. Some good lighting in front of a good window,” he told Rappler before he took a few on our phone.

There weren’t any windows in the room we were in, but Lucky Blue turned towards one of the spotlights and took a few snaps. 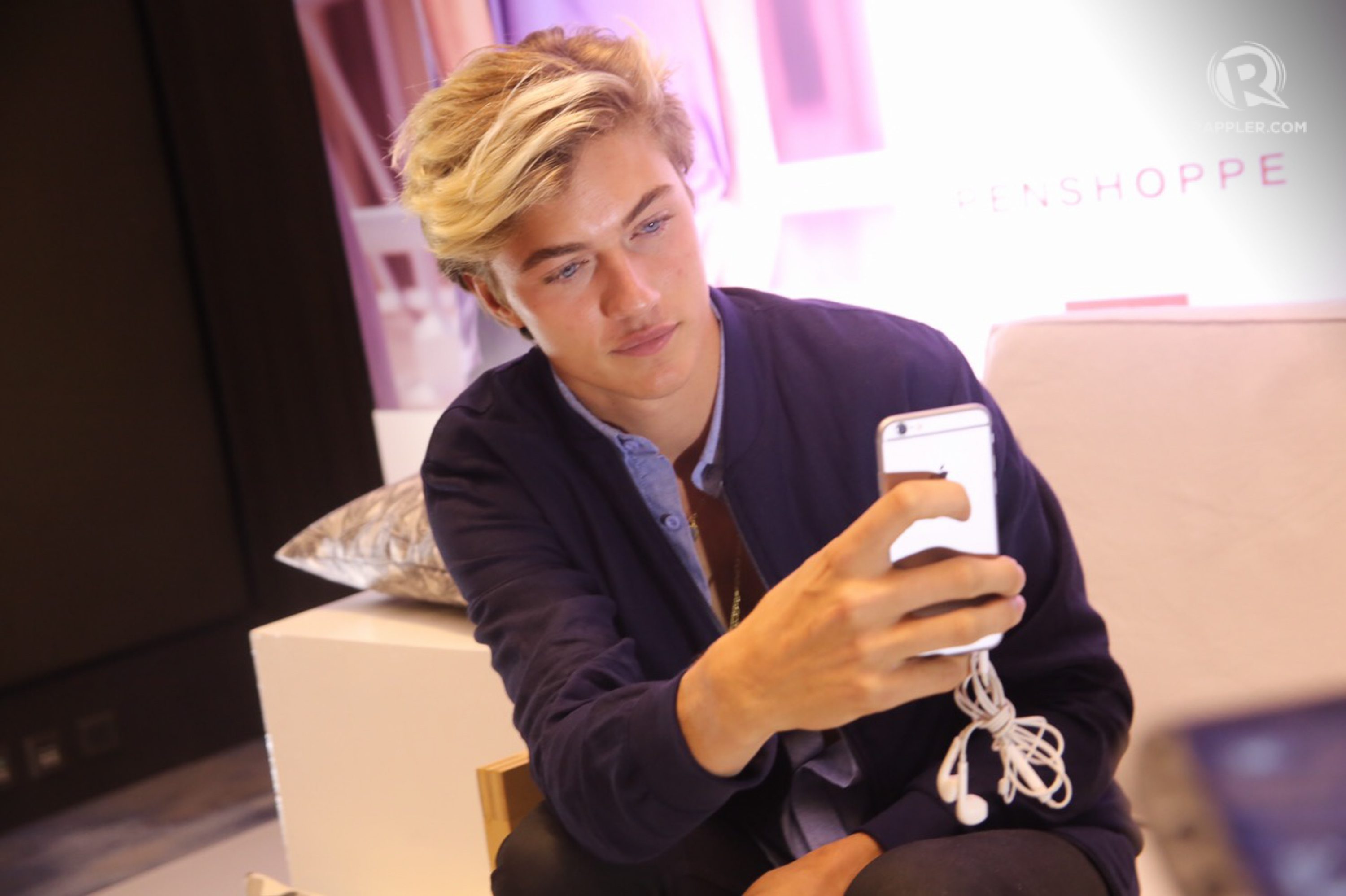 “And then like, get your angles right,” he added, laughing.

Having trouble smizing in your selfies? In a 2015 interview with Ellen DeGeneres, Lucky Blue said he has two go-to looks for photoshoots. He just thinks one of two questions: “You looking at me?” or “Why are you looking at me?”

Watch him demonstrate them in the video below at around the 3:30 mark.

For futher proof of the 18-year-old’s model’s selfie taking skills, check out some of these shots from his Instagram feed, too.

COMING TO THE PHILIPPINES SOON

We spoke to Lucky Blue on Friday, July 29, the day he landed in Manila to promote his campaign with Penshoppe.

The international model was signed to a modeling agency when he was 12, along with his sisters, Pyper America, Starlie Cheyenne, and Daisy Clementine. Today, he’s a star in the modeling world.

He was only 12 when he was shot by Hedi Slimane for Vogue Hommes Japan. Since then, he’s shot campaigns for Tom Ford and Calvin Klein, and walked the runway for Bottega Veneta, Jeremy Scott, Versace, and Balmain, to name a few.

a legend @versace_official thanks for putting me in your show

In 2015, he and his sister Pyper America Smith were shot by Annie Leibovitz for French outerwear brand Moncler.

When Lucky Blue walked for Balmain for Paris Menswear Week 2016, Balmain creative director Olivier Rousteing told Vogue Paris: “He’s the new symbol of the new generation, and the new fashion story, the new fashion business. He brings a bit [of]… what was ’90s top models, before.”

Lucky Blue has become a social media star too, with 2.5 million followers on Instagram as of writing. He occassionally announces meet-ups with his fans on social media, causing a hundreds of fans to flock to his location.

He’s also in a band, The Atomics, with his sisters, and acted in a movie, Love Everlasting, directed by Rob Diamond.

Lucky Blue says the best advice he’s gotten since his career began was from his mom, model Sheridan Smith: “Be yourself. Be yourself, and don’t pay any attention to any of the negative comments.” – Rappler.com