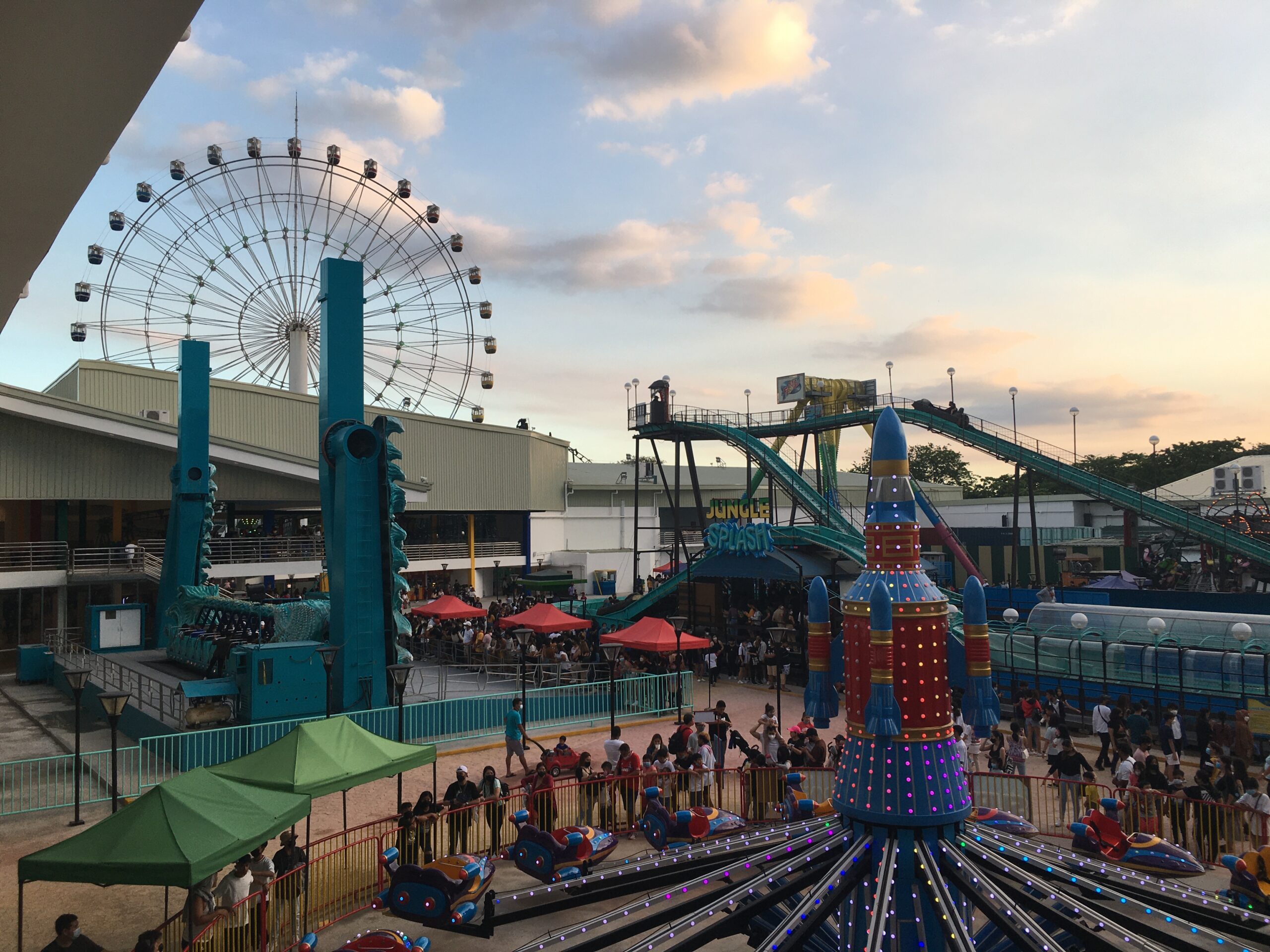 RENOVATED. Star City has reopened to the public starting February 2022.

Facebook Twitter Copy URL
Copied
Buckle up, because you're in for a ride – here's what you can expect on your next visit to the renovated Pasay City theme park!

MANILA, Philippines – Thank your lucky stars, because Star City has risen from the ashes, and its star power is brighter than ever! The iconic amusement park in Pasay City finally reopened to the public on February 24, after two years of being closed.

They called it “the comeback everyone was waiting for,” and hey, they’re not wrong. Fans like myself were taken on an emotional rollercoaster when we found out that a fire broke out at the amusement park in October 2019, leading it to close its doors to patrons seemingly forever. Two years later, they announced that they were reopening in January 2022 amid a pandemic, but later postponed it due to a surge in COVID-19 cases.

Now, finally, my Star City-loving heart has been satisfied – I finally got to pay the newly-renovated theme park a visit last March 24, under Alert Level 1!

If you missed Star City like myself, you’re in for a nostalgic ride – most of the park’s popular rides are still here, but just rearranged around the indoor-outdoor theme park. There are also new ride additions for adults and kids, as well as a handful of attractions. You can also tell that the building structure is newer, but the Star City experience is still relatively the same, long lines and buzzing energy included, with the addition of face masks.

Ready for your own Thrilla in Manila? Here’s what you can expect on your next visit to Star City, and don’t forget to get the dabarkads together, because the experience is definitely better with company!

Before the fun begins

Star City is only open from Thursdays to Sundays, 12 pm to 8 pm. Under Alert Level 1, the park can accept up to 100% capacity. Guests are required to wear face masks at all times.

Social distancing, to be honest, is hardly existent here. We went on a Thursday afternoon (non-peak day of the week), and the lines for the popular rides were already pretty packed, with an estimated waiting time of at least 30 minutes. I believe the reopening hype is still pretty high, so if you’d prefer shorter waiting times, it may be best to wait until the hype dies down. However, getting your entrance tickets is not a problem.

Guests can walk in to buy their Star Pass on-site at the Star City Gate ticket booths (it’s air-conditioned, so lining up is comfortable). The Star Pass (P400) allows all-access to the park and all rides, minus the Snow World fee. You can also get a Star Pass with Snow World access (P560). You can also already buy your tickets online prior to your visit.

Only fully vaccinated adults (18 years and above) may enter. Those below 18 years old may enter even if unvaccinated, subject to updated IATF guidelines. Outside food and beverages are not allowed inside the park.

Once you’ve been admitted entry into the park, you will be greeted by long lines of tiangges from either side – just like old times – selling snacks, clothes, shoes, bags, accessories, costumes, stuffed toys, and more pasalubong goodies.

In for a ride: Star City, resurrected

We’re all here for the rides, so without further ado, let’s start with the indoor space of the park!

The big air-conditioned building with two floors seems brand-new, and is still fairly empty. The ground floor area includes parlor games with prizes, the Kiddie Carousel, and a mini food court with tables, chairs, and benches.

Other rides in the indoor area are the Egyptian Spinning Coaster, Adult Bumper Cars, and the dizzying Music Express.

The popular IG-worthy Snow World attraction can also be found at the indoor ground floor, where “snow” is simulated amid holiday-themed, photo-ready props. You’re required to don a rented winter coat upon entry, and this attraction requires an additional ticket, which you can purchase at its entrance.

The main attraction in this area, for me, was the Seahorse Viking, which is Star City’s version of the famous Anchor’s Away of Enchanted Kingdom.

It may look pretty tame considering it’s indoor, but don’t be fooled – if you sit at the edge of the ship, you might want to jump ship – you’ll definitely feel that “ticklish, breathless” feeling you get in your belly during thrill rides, screams and laughter included!

Head outside and you’ll find the Jungle Splash, Super TeleCombat, and the Surf Dance, the latter of which is also a favorite.

This platform thrill ride “captures the tumult of riding the waves with every twist and turn and lift and drop,” Star City said, and it sure does. The cart goes up and down swiftly in different angles, so for extra thrills, sit by the rightmost or leftmost edges at the front or the back.

Another highly-awaited ride is Star City’s Star Flyer, the only inverted roller coaster in the Philippines. There’s extra excitement riding through loops and turns at great speed while your feet are dangling loosely. It’s a fun ride, and one I wish lasted longer!

Because of its topsy-turvy action, you’ll be asked to store any belongings (bags, cellphones, loose jewelry) in separate lockers before lining up for a minimal fee.

Height is might at Star City, where the Giant Star Wheel takes the center stage at night, thanks to its beautiful, colorful lights and grand views of the park and city from the top. It’s a family-friendly, slow ride that’s nice to ride at sunset. If you like it wet and wild, there’s also the Jungle Splash – the park’s mini “Log Jam.”

If you want to be “swung to dizzying heights while the outward facing seats [spin] around,” Star City’s Star Frisbee is your bet. The rotating, pendulum-like thrill ride was on my to-ride list, but as we lined up, we were told by personnel that they were no longer accepting passengers for the night due to a “malfunction” and “maintenance.”

Other outdoor rides you’ll find are the Tornado (a four-person flying cart that spins while the ride is spinning), which is definitely not for the vertigo-prone. There’s also a bigger Carousel and the Lolly Swing with flying swings.

Most of us have been cooped up at home for two years, so it’s a literal breath of fresh air to let loose, scream, and have fun at an amusement park again. Although lining up was a bit uncomfortable due to the sticky afternoon heat, humidity, and lack of personal space, being back on the rides I missed when I was younger made the wait worth it.

If you don’t mind waiting in line and aren’t afraid of crowded spaces, the Star City re-experience won’t disappoint – just don’t forget your masks and good company, and prepare your vocal chords for screams, squeals, and a lot of much-needed laughter. – Rappler.com

Enjoy a weekend getaway by checking out this latest Klook promo.