IN PHOTOS: MMDA conducts 2019 #MMShakeDrill in the dark 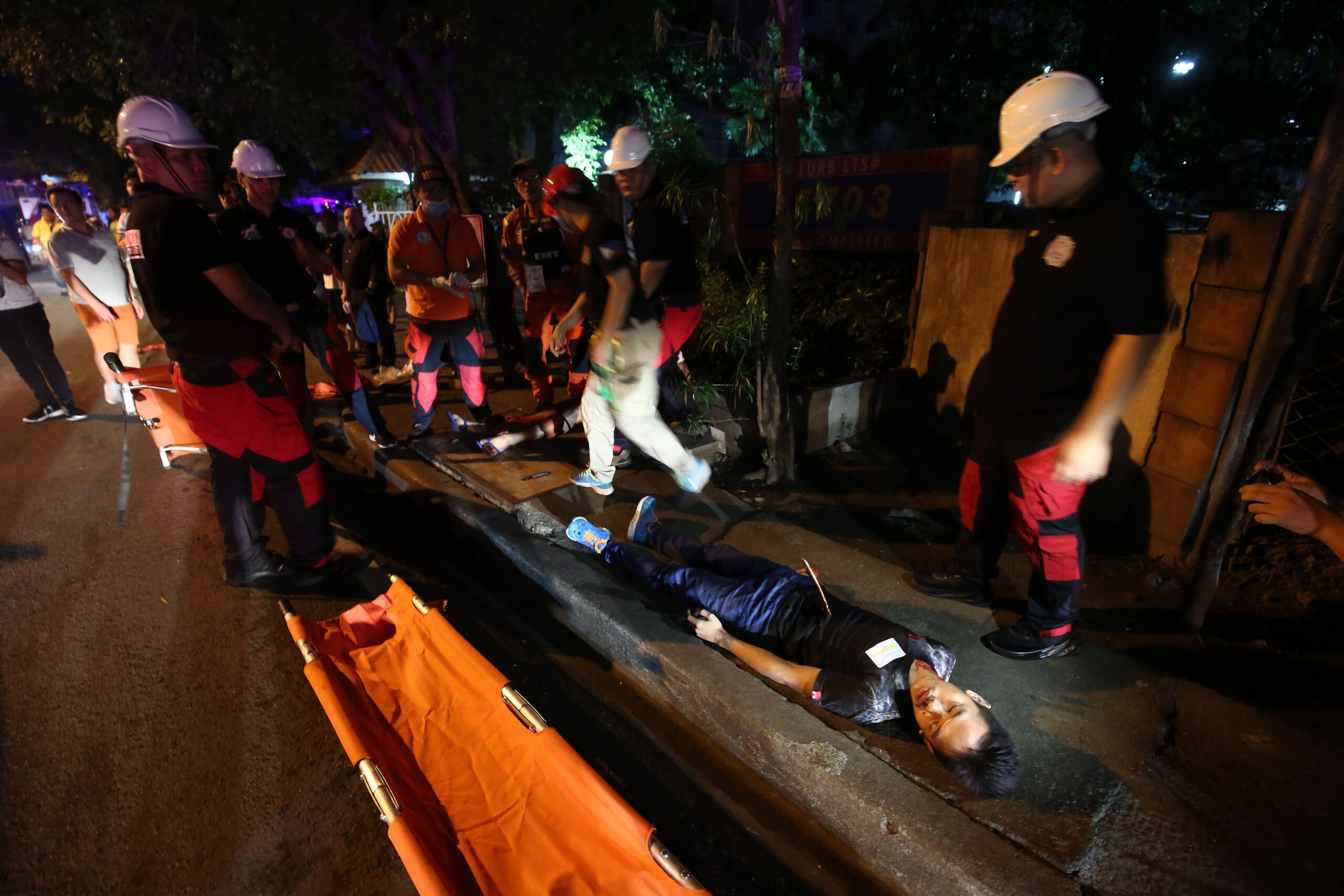 MANILA, Philippines – What if a strong earthquake hits Metro Manila while everyone is still asleep?

Responders from local government units and various national agencies had to deal with the challenge of simulating rescue and response in the dark and at a time when most people – including responders and volunteers – were asleep.

Armed with their flashflights, earthquake drill participants set up 4 command posts around Metro Manila according to Metro Manila’s contingency plans:

Meanwhile, the online response from the residents were mixed. Some appreciated the realistic timing of the earthquake drill while others criticized MMDA for supposedly inducing panic to sleeping residents of Metro Manila.

The importance of disaster preparedness was amplified by the fact that at the time the annual drill was being held, two earthquakes rocked Batanes up north, killing several people in their sleep and hurting dozens of others.

The annual shake drill aims to prepare, assess the capability, and strengthen Metro Manila in responding to the “Big One” – the magnitude 7.2 earthquake that could hit the metropolitan area  in our lifetime if the West Valley Fault moves.

(We once organized the drill during rush hour to test the speed of our responders. We also organized an unannounced earthquake drill at another time. We shake up the scenarios every now and then. I am happy with the cooperation of the different local government units for this annual earthquake drill.)

The earthquake drill is expected to last the whole day of Saturday as local government units play out different scenarios in their respective areas.

Below are some photos from the pre-dawn earthquake drill: