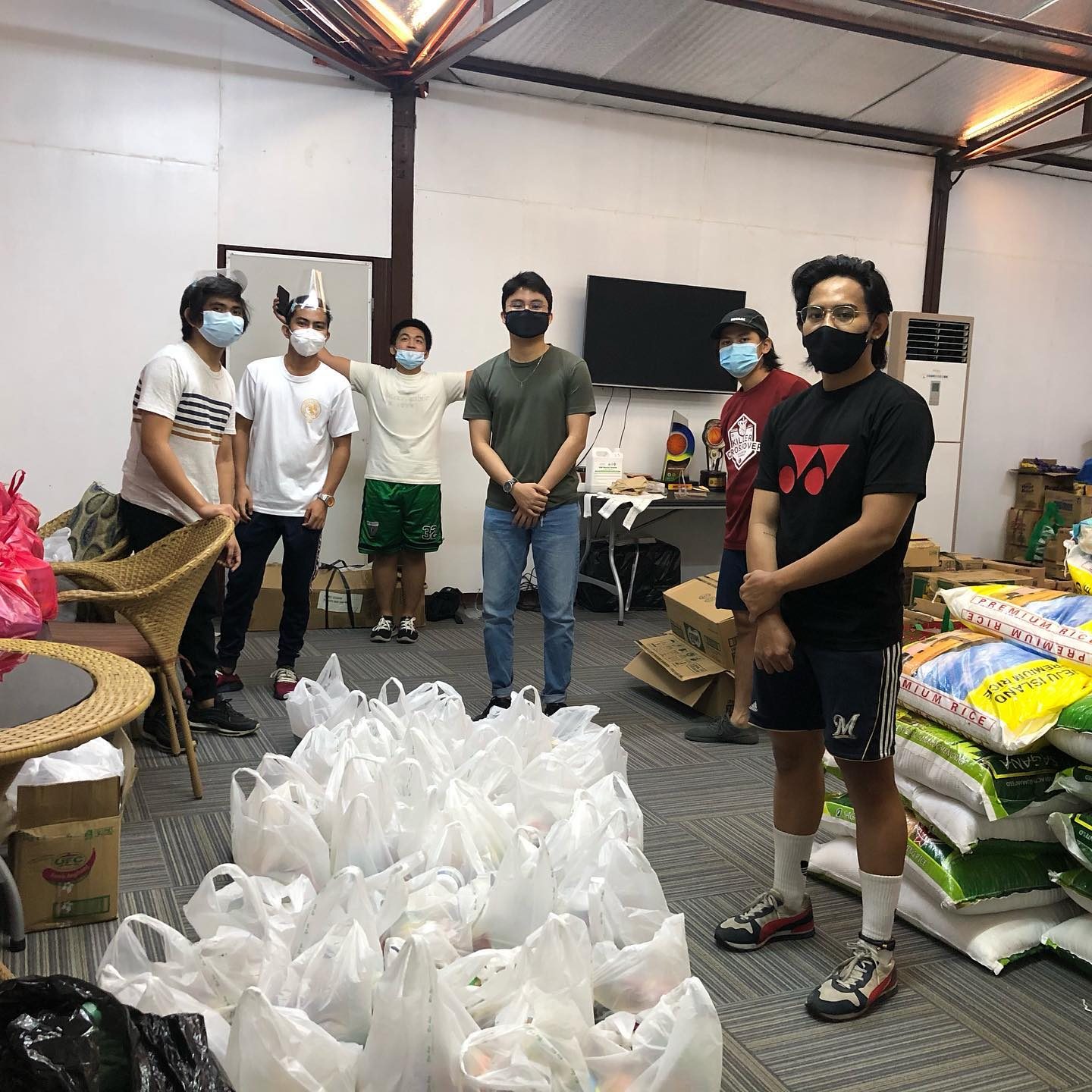 HELPING OUT. Amiel (in green shirt) and his friends purchase 40 food packs for communities affected by Typhoon Ulysses.

Local musician Amiel Sol donated all of his Spotify revenue from June to September for communities affected by the recent onslaught of Typhoon Ulysses.

Sol had earned a total of P3,500 from the streaming of his songs on Spotify throughout the aforementioned months. He attributed much of his revenue to the release of his 3rd single “A Day With You” in June. He said this was his most successful release in terms of numbers, with over 300,000 streams as of Monday, November 16.

“More than music, to be able to help others while pursuing your passion is a very fulfilling task,” Sol said.

Despite Spotify being his only way of earning money due to the pandemic, Sol decided to donate the revenue from the streams given the extreme damage incurred and livelihoods lost due to Typhoon Ulysses.

Sol explained that while Spotify is the biggest platform for local artists, it is also their smallest source of income. An artist typically gets P0.04 per stream. In addition to this, his Spotify revenue only arrives after 2 to 3 months.

Sol considers himself a small-time musician, having to balance creating music with his studies. He is currently a 3rd year student taking up Bachelor of Science in Mathematics at the University of the Philippines Diliman.

He has been actively performing covers in the gig scene since 2018, but only started writing songs seriously in 2020. Sol released his first song on Spotify on March 27, 2020. He currently has 4 songs on Spotify and another one coming up on December 4.

In total, they raised P10,000, which they used to purchase 40 food packs. These were donated to SamasamaTulongtulong, a community volunteer group in the University of the Philippines.

Sol added that recognizing his own privilege is one of the things that urged him to donate his Spotify revenue.

“What pushed me was the difference in privilege we have from those who have nothing. Kasama na rin yung sistema dito sa Pinas na mahirap na mahirap maging mahirap (This includes the system in the Philippines wherein it is extremely difficult to be poor),” Sol said.

Sol plans to continue donating all of his Spotify revenue to those affected by Typhoon Ulysses until the end of 2020, pledging to help affected communities get back on their feet.

Sol encouraged other musicians to do their part as well, saying no act is too small.

“As long as they have the means to do so, I think the local music community should follow suit — may it be by conducting fundraisers via online gigs, or anything at all,” Sol said. – Rappler.com